The Empress 2022 Tv Series and Trailer 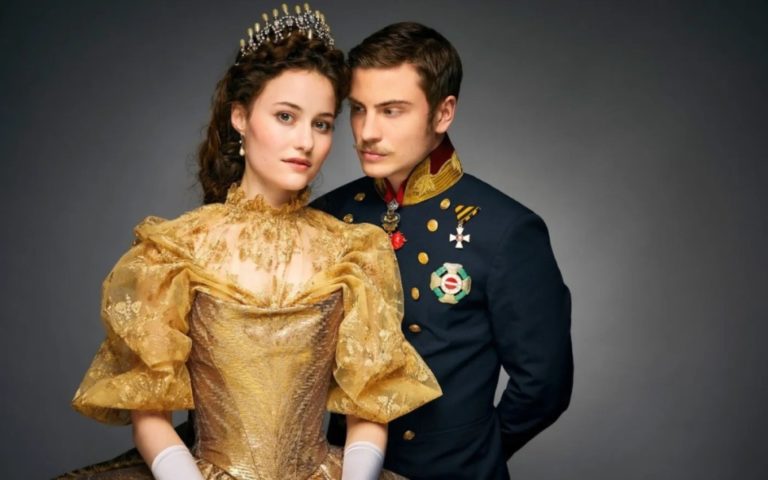 In September 2022, Netflix will premiere an intriguing new historical love drama for viewers who have enjoyed content from this genre. Another show set to debut on the streaming platform is The Empress, a German series about a forbidden love between Emperor Franz Joseph of Austria-Hungary and the rebellious Empress Elisabeth von Wittelsbach, Princess of Bavaria. It is fair to argue that the series’ marketing efforts have stirred interest and produced online buzz about it, which will likely encourage viewers to tune in to the streaming services to watch these new stories.

Additionally, the cinematography from the trailer only gives the production value a considerably more appealing appearance, enticing viewers to see how beautifully it is being presented on the screens, which Netflix has been doing better than its major competitors in the market in recent years. We’ve put together a concise summary of all the details you need to know about the release date, plot, and cast so that you may get a head start and be prepared before the series airs. Here is everything we know about Netflix’s The Empress.

The Empress Release Date
The network has officially confirmed that The Empress is set to premiere on Thursday, September 29, 2022. The official Instagram handle of Netflix DE also confirmed the news by sharing the official release date, quoting, “The story of a love that defies everything – Die Kaiserin ab 29. September only on Netflix.” Take a look at the official post below:

The Empress Plot
The plot of the series by Netflix states, When the rebellious Elisabeth (“SISI”) meets Franz, the Emperor of Austria, the young couple’s intoxicating love completely upsets the power structure at the Viennese court. After the wedding, the young empress must assert herself not only against her mother-in-law, the sovereign, power-hungry Sophie, but also against Franz’s brother Maxi, who himself longs for the throne (and for Sisi). As enemy troops formed up on the borders of the Habsburg Empire, people in Vienna rose in protest against the emperor. Elisabeth must find out who she can trust and how high the price is to be a true empress and a figure of hope for the people.

According to the official Netflix press release, “For now almost 200 years, fans and audiences across the globe have been fascinated by Elisabeth; by her passion, her beauty and her non-conformist lifestyle. In this six-part series, Netflix gives us a glimpse into the inner turmoil of a young woman far ahead of her time, battling tradition and state conventions and fighting for her individuality and freedom. The royal love story of Elisabeth (Devrim Lingnau) and young ruler Franz (Philip Froissant) is unique. It’s a story of two young people, battling with their own personal doubts, desires and inner conflicts as the weight of an entire empire rests on their shoulders.”

Moreover, showrunner and head writer Eyssen tells Netflix Tudum, “What drew me in about Sisi initially was the whole messed up, juicy, dysfunctional family around her. People tend to think she was the crazy one when, in fact, it was the system and the dynamic around her that was insane.” Further adding, “I love family stories. I love Shakespearean family tragedies. I saw the potential in the famous royal Habsburg family.”

The Empress Episodes
This series which is expected to include 6-episode is set to debut globally next month. As per the other tv series on the platform, it is speculated that all the episodes will release on the same day. We’d also like to point out that, as of August 19, 2022, the exact episode titles and synopsis cannot be confirmed, which will be disclosed once the episodes start to premiere on the streaming platform.

If we take other series into consideration with a bit of speculation, then the upcoming season of the show will have the same premiere time as other shows on the streaming service, which is 12:00 AM (PT) or 3:00 AM (ET). In order to receive updates so that the interested viewers can also enable notifications.

The Empress Official Trailer
The official trailer of the show was released on Aug 17, 2022, on the Netflix youtube channel with the tagline, “Great love, a throne and an entire kingdom that looks up to her. But Elisabeth’s (Devrim Lingnau) path is anything but easy, as she must fight her way to Franz (Philip Froissant) through intrigue, etiquette, and taboos. The Empress begins her reign