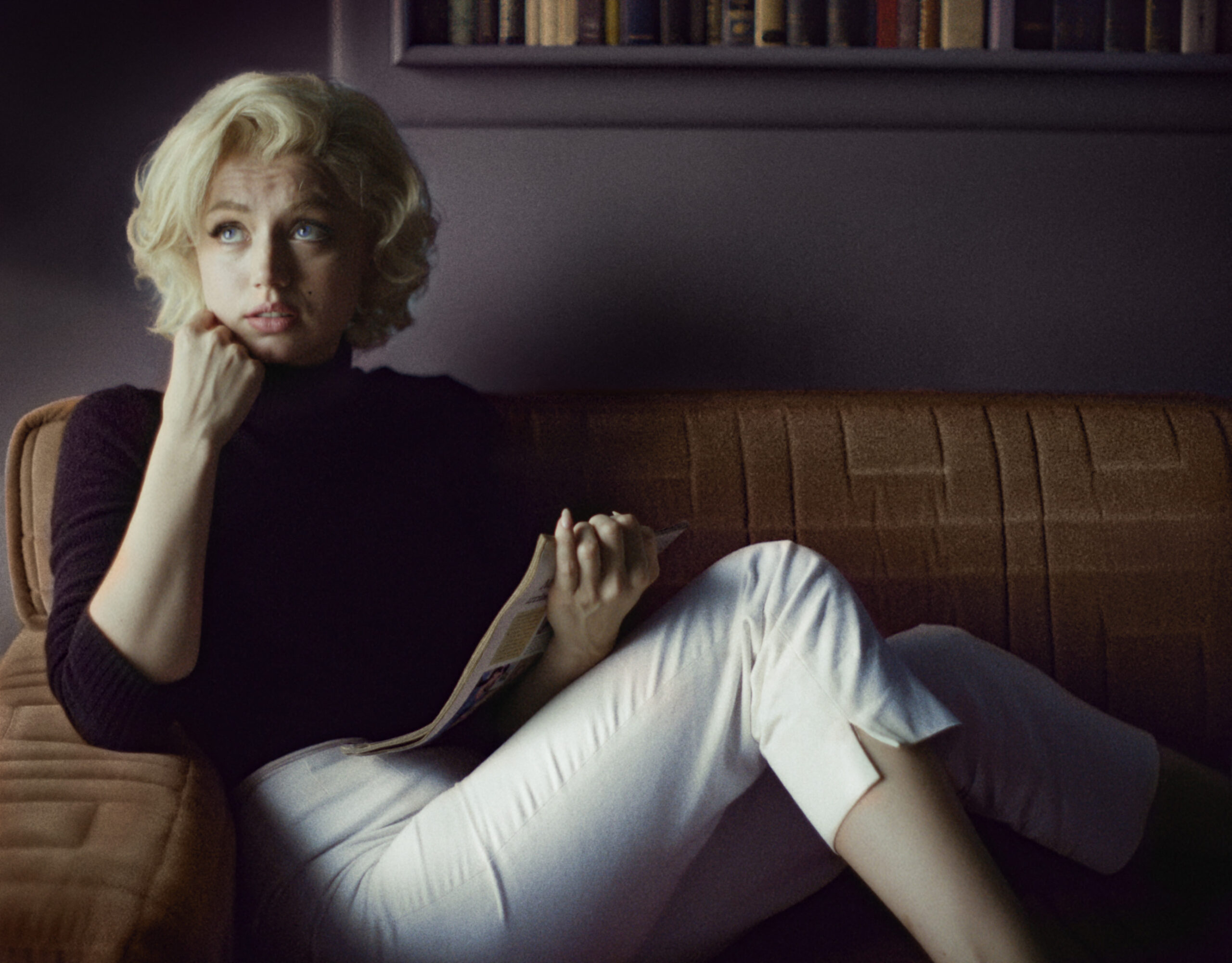 To judge from the haunting and haunted “Blonde,” in theaters on its way to Netflix on Sept. 28, Marilyn Monroe’s life was no joke. She was too stressed maintaining the blonde bombshell image the Hollywood patriarchy had used to commodify, abuse and imprison her.

Based on the 2000 novel by Joyce Carol Oates, the film also reshapes the facts of Monroe’s life to get closer to her bruised psyche. Written and directed by Andrew Dominik (“The Assassination of Jesse James by the Coward Robert Ford”) with a poet’s eye and a forensic attention to punishing detail, “Blonde” is glamour cloaked in misery.

It’s also a nearly three-hour endurance test that only fitfully gets at something primal and true. But when it hits you’ll be knocked for a loop. Monroe died in 1962 of barbiturate poisoning, a probable suicide, at 36. “Blonde” means to shake you with its challenges. And does it ever.

All praise to the raw and riveting Ana de Armas, the Cuban star of “Knives Out” and “No Time to Die” Bond girl who through the tools of makeup, hair and wardrobe — coupled with acting sorcery — delivers a performance that verges on reincarnation. She recreates Monroe’s breathy whisper of sexual compliance with a subtext of the nervous tension roiling underneath.

What a coincidence that the two leading cultural and sexual icons of the 20th-century, Monroe and Elvis Presley, have both been mythologized in movies this year. Though Elvis died at 42, a broken and bloated shadow of his former self, he had it easy compared to Monroe.

In and out of orphanages and foster homes while her mother, ferociously played by “Mare of Easttown” Emmy winner Julianne Nicholson, struggled with health issues, young Monroe — then Norma Jeane — held tight to her mother’s claims that her unnamed, unseen father would one day rescue her.

That day never comes, though Monroe purrs “Daddy” to her father-figure husbands, baseball great Joe DiMaggio (Bobby Cannavale) and playwright genius Arthur Miller (Adrien Brody). One abuses her physically while the other exploits her tragedy in his plays and movies.

De Armas gives us a Monroe who’s had to roll with the punches since childhood. A young Norma Jeane, played by radiant 8-year-old Lily Fisher, must endure her mother’s attempts to drown her in a bathtub and also drive them both into a raging Los Angeles wildfire.

Talk about trauma. And yet Monroe believes her “Daddy” will save her. In one interlude, she embarks on a simultaneous sexual adventure with two men, Charles Chaplin Jr. (Xavier Samuel) and Edward G. Robinson Jr. (Garret Dillahunt),with famous daddies who neglected them.

Too much? You bet. As are the scenes in which Monroe has conversations with the fetuses she has aborted due to studio insistence — or out of her own fear that her mother’s mental health issues will be passed on to the children she says she wants so much.

What “Blonde” shows us is a sex symbol uninterested in sex. “We’re soulmates,” she confides to two Secret Service agents delivering her to a secret hotel assignation with President John Kennedy. But as Dominik films that scene, JFK callously treats her like a piece of meat.

De Armas makes us feel every slight, every humiliation, like a series of cuts that register like PTSD before that term was coined.

Does Dominik exploit Monroe by reducing her life to a series of assaults administered by men he films like lustful gargoyles? Sometimes. But the film is far from “The Assassination of Marilyn Monroe by the Coward Andrew Dominik.”

In the final analysis, Dominik cares too much. As Monroe’s leg dangles from her deathbed in the final scene, Dominik grants the tormented Norman Jeane a peaceful stillness she and Marilyn never found in life. “Blonde” is hard to watch, but impossible to forget.