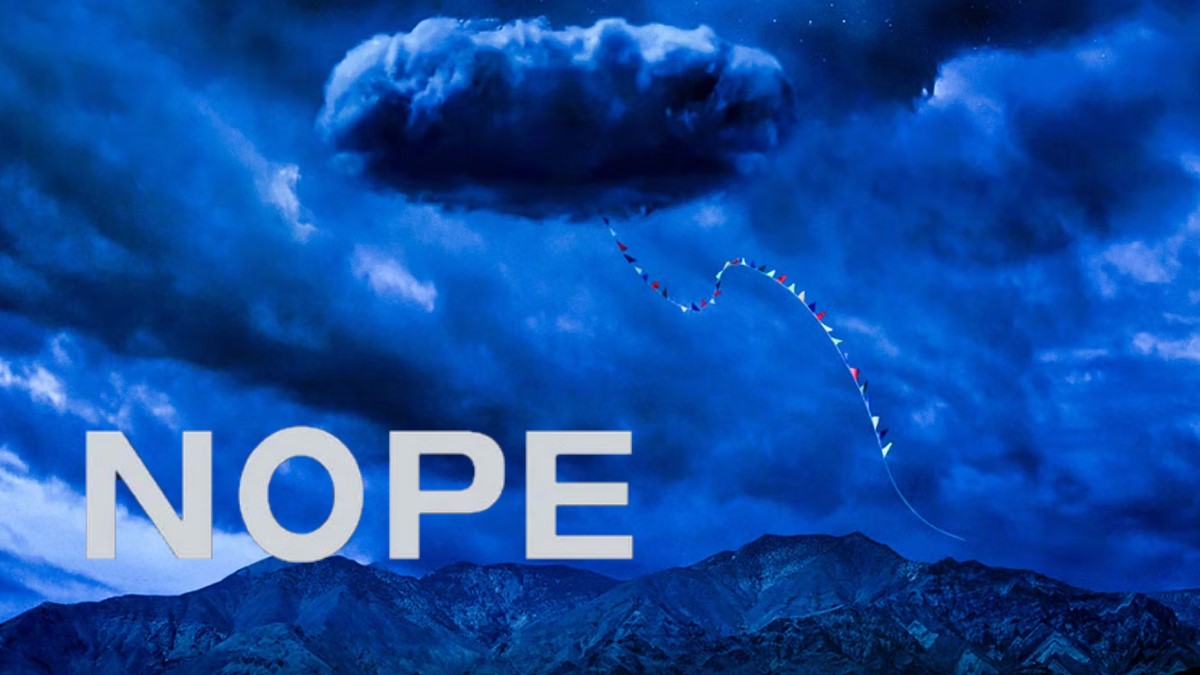 Nope, Jordan Peele’s third film following Get Out (2017) and Us (2019), is nicely weird. The film, while looking at the spectacle and the dichotomy of our need to look at and away from terrible things is heart-breaking in its terrible beauty. Like the writer-director says, “The villain is this otherworldly threat. And it is also something that everyone has in common — everyone’s relationship to the spectacle.”

The biblical verse that opens the film, “I will cast abominable filth upon you, make you vile and make you a spectacle”, sets the tone. At Haywood’s Hollywood Horses Ranch where Otis Haywood Sr (Keith David) raises and trains horses for film and television, tragedy strikes when Otis is inexplicably killed by a random object following out of the sky.

Otis’ son OJ (Daniel Kaluuya), who was with his father when the accident took place, and daughter Em (Keke Palmer) struggle to keep the ranch afloat. Their neighbour, Ricky (Steven Yeun), a former child star, runs a western theme park. He offers to buy the ranch, but OJ is reluctant to sell his legacy.

When electrical fluctuations and other strange things happen around the ranch, Em and OJ decide a picture of the extra-terrestrial presence would be the end of their money woes. Angel (Brandon Perea) at the electronic store they go to buy all the surveillance equipment, and Antlers Holst, (Michael Wincott), a cinematographer join the UFO-hunting team.

The location of wide open spaces (Agua Dulce Desert in Los Angeles) is starkly seductive. The majesty and the brute power of the horses are in equal parts exhilarating and terrifying. Peele tells of spectacle and its exploitation in a series of gorgeous and terrifying frames, including the final unfurling of the alien’s true form. Even the title echoes the ever-present duality.

The theme of exploitation is explored in Ricky’s reaction to Gordy, the chimpanzee’s breakdown on set as well as the fact that as a child star, Ricky was sucked up and expelled out by the entertainment industry, mimicking the alien.

When Em talks of the fact that no one remembers the name of the black jockey on Plate 626 from Eadweard Muybridge’s ‘Animal Locomotion’, the first time still photographs were put together to make a moving picture, it is another instance of ignoring the Black contribution to Hollywood.

Nope looks at the different ways of seeing, consuming and capturing a spectacle. The coin-operated hand-cranked device in the wishing well which provides Polaroid pictures is absolutely brilliant. While the film references directors including Steven Spielberg ( Close Encounters of the Third Kind) and M. Night Shyamalan ( Signs), it is its own fantastic beast — a good miracle if there ever was one.