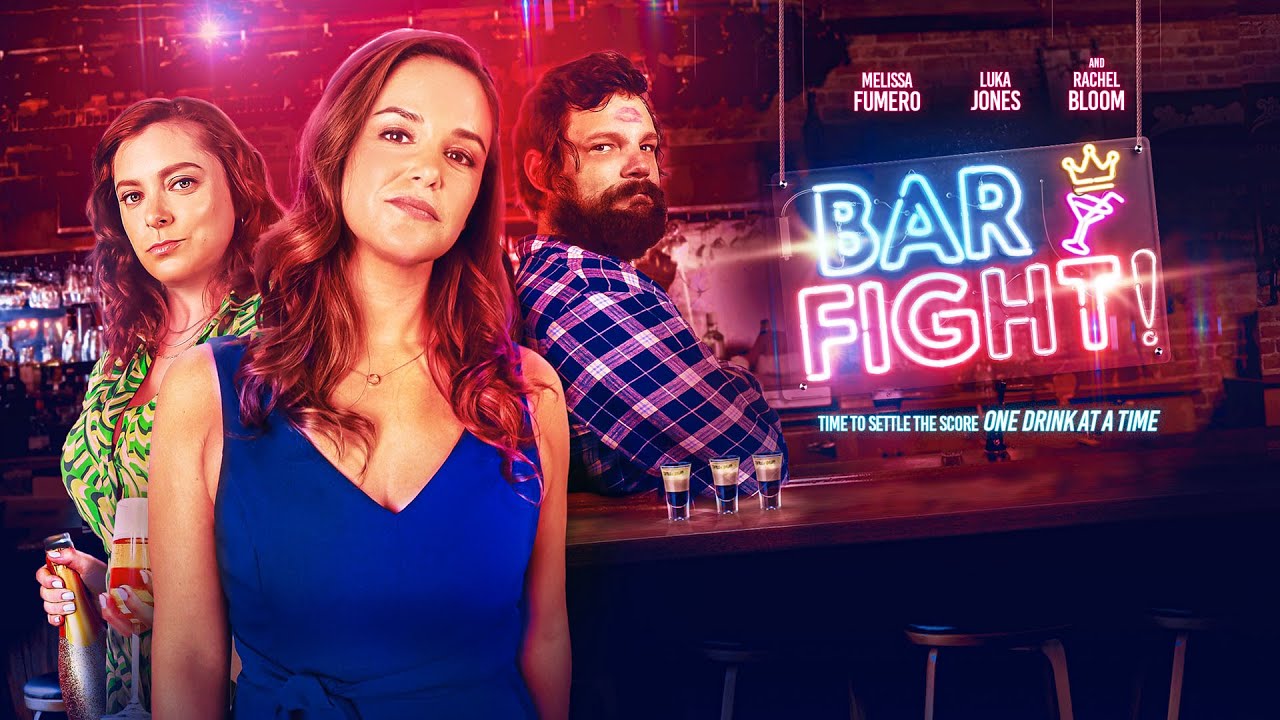 “Who’s ready for this sugar?!” IFC Films has revealed an official trailer for a holiday comedy called Bar Fight, arriving in theaters and on VOD to watch this November. There is only one way to settle the score after a break-up and for Nina (Melissa Fumero) and Allen (Luka Jones) it’s a turf war for their favorite local bar. Lines have been drawn and with the help of Nina’s best friend Chelsea (Rachel Bloom) it’s going to be a winner takes all affair. The drinks are free flowing, the competition is fierce, and games are out-of-this-world crazy. With the bar on the line, this Bar Fight! is going to become a battle for the ages. Yeah this definitely sounds fun! But does it look any good? The cast includes Julian Gant, Vik Sahay, Caroline Harris, Shontae Saldana, David Carzell, Patrick Byas, and Dino Nicandros. This actually does look like a ton of fun, almost seems like something Broken Lizard would’ve made in the early 00s. Dive right in.

Nina and Allen (Melissa Fumero and Luka Jones) split everything in their lives after their break-up and must compete in a ridiculous custody battle for their prized watering hole in which lines will be drawn, sides will be chosen, and beers will be drunken. Bar Fight! is both written and directed by up-and-coming actor / filmmaker Jim Mahoney, making his feature directorial debut after a few other shorts previously. It’s produced by Sarah Gabriel, Marc Goldberg, James Harris, and Mark Lane. This hasn’t premiered at any festivals or elsewhere, as far as we know. IFC Films will debut Mahoney’s Bar Fight in select US theaters + on VOD + streaming on AMC+ starting November 11th, 2022 coming up soon. Who’s ready to rumble?

“I’m so thrilled IFC is distributing our crazy lil’ movie!” said Mahoney. “A huge thank you to Signature Films and Particular Crowd for their endless support, my invaluable crew for their skill and tenacity, and an absolute dream of a cast for truly bringing BAR FIGHT to life. I can’t wait for the world to see the madness we’ve created.”

Adam Koehler negotiated the deal for Bar Fight! on behalf of IFC Films, with Andrew Nerger of Signature Entertainment on behalf of the production.