Interview with the Vampire 2022 Tv Series Review and Trailer 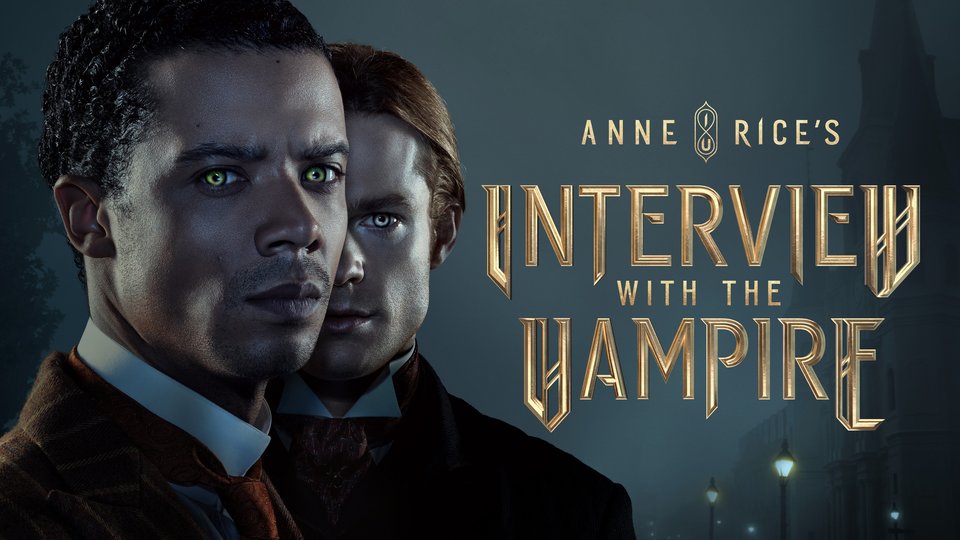 The actors Jacob Anderson and Sam Reid had just finished filming a scene last March inside a cavernous studio here in the seat of St. Bernard Parish, about a 20-minute drive from the French Quarter of New Orleans. The evening air was steamy, and they looked exhausted from a shooting schedule that required them to keep vampire hours under hot lights.

As they spoke, they gave off a sparkle, and it wasn’t just because of the hand-painted contact lenses that made them look like tigers — or ravers.

It was also because they were in their sweet spot, having grown up as self-described outsiders with an affinity for the darker side of art — Poe’s literary demons for Reid, Portishead’s spectral soundtracks for Anderson. And here they were, years later, costumed in ragtime-era suiting to play two of popular culture’s most beloved misfits: Lestat and Louis from the Anne Rice novel “Interview With the Vampire,” a new series-length adaptation of which debuts Sunday on AMC.

“I’m a very proud nerd,” said Anderson, 32, who plays the reluctant bloodsucker Louis. “I love fantasy. I’m an emo. I’m a bit of a goth, I guess. This is a dream.” ( “Game of Thrones” fans know the actor, who is British, as Grey Worm, leader of the Unsullied.)

Reid, 35, had grown up with a similar sensibility. As a boy in Australia, he liked dressing up as a vampire for Halloween, and later devoured Rice’s sweeping blood-magic sagas. He said he felt a responsibility in playing the debonair Lestat to do right by the author, who died almost a year ago at 80.

“When you love the source material and you’re a fan yourself, you put the same pressure on yourself that other lovers of the book would do,” he said. “My own pressure is to do justice to something that I love very much.”

And there is pressure. In an era dominated by endlessly expandable telecinematic universes like Marvel and “Star Wars,” AMC has a lot riding on the show’s success; the network, which acquired the rights to “Interview” and 17 other Rice novels from two of her literary series, plans to spin that catalog into at least five new series over the next decade.

Maybe more important, the series has to try not to alienate a huge existing fan base. “Interview” is the first time Rice’s book has been made into a television series, and it’s the first major Rice adaptation since she died, leaving behind more than 40 genre-defining books and a very devoted — and very protective — readership. Based on episodes provided in advance, the series doesn’t just adapt the novel; it fundamentally alters it, shifting the central timeline forward by over a century, exchanging the book’s suggestive homoeroticism for outright gay sex and changing the racial identity of main characters, among other changes.

“Lord of the Rings” prequel, “The Rings of Power,” and HBO’s “Game of Thrones” prequel, “House of the Dragon,” this new version of “Interview” is bound to bring out the trolls, as indeed it already has. The series also has to compete with Neil Jordan’s big-screen adaptation from 1994, which, whatever its faults, was wildly successful and helped cement the popular image of Lestat and Louis as Tom Cruise and Brad Pitt.

Rolin Jones ( “Perry Mason,” “Weeds”), the show’s creator and showrunner, said in a video interview last month that he knew there would be haters. But he also insisted that the series remains “wildly reverential” to the spirit and prose of the book, which he called an “essential piece of American literature.”

What made the novel great “is the interior life,” he argued, but “that makes for poor drama almost all the time.” The trick, then, was to try to find new ways to externalize that drama for a modern TV audience, as he imagined Rice might have wanted. As he and the other writers worked, Jones kept this question in mind: “What would this savage writer in 1976 do if she were in this room right now?”

“There’s something inherent in this story that wants to be revisited every generation,” he added. Doing so, he said, was “a celebration of Anne, not a desecration.”