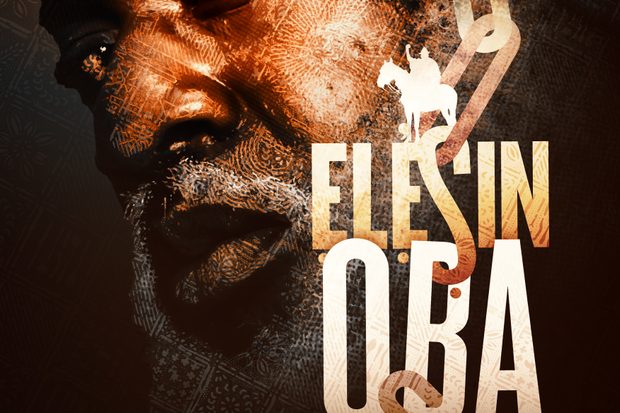 In life, it was the responsibility of the king’s horseman to ensure the smooth execution of the royal travel plans. And now that the King of Yorubaland has died, Yoruba tradition dictates that Elésin Oba (Odunlade Adekola) must accompany his master on his final journey – to the afterlife. The day has arrived for Elésin’s ceremonial suicide, but the King’s Horseman, who is enjoying the adulation from the community a little too much, is momentarily distracted by earthly urges and pleads for a last minute marriage to a girl who has caught his eye. Meanwhile the British flex their muscles with an impotent show of force, which will have devastating consequences. The final film from the late Biyi Bandele (he died the month before this film was due to premiere at TIFF), is an adaptation of the play ’Death And The King’s Horseman’ by Wole Soyinka, and a bustling, vibrant fable which explores honour and duty, shame and the British tendency to stomp all over the cultural sensitivities of the places where they ‘rule’.

This is the third feature film from Bandele (who started out as a novelist and a playwright), following Half Of A Yellow Sun (2013) and Fifty (2015). He also directed a television documentary about the Nigerian musician Fela Kuti in 2000. And music is again at the very core of his latest picture: The King’s Horseman could, in some ways be described as a musical, with Yoruba chants and talking drums narrating every aspect of Elésin Oba’s fall from glory. The film’s stage origins are evident, but in this case it is not a shortcoming (although film’s conclusion does feel a little laboured) but more a deliberate honouring of Soyinka’s seminal source material. The film is included in Netflix’s African Originals slate.

’Death And The King’s Horseman’ was based on a real event from 1946 – a collision between Yoruba tradition and the British colonial powers which stepped in to halt the ritual suicide of the king’s royal horseman. Although Soyinka’s original play was written in English, Bandele’s condition for adapting it was that it be translated to Yoruba. Among other benefits, this allowed him to cast from within the well of talent from the Nollywood industry.

This paid off handsomely: in the title role, Odunlade Adekola is glorious. Pompous, inflated and floating on the chorus of love from his ‘praise singers’, he revels in his crucial role in the future of the kingdom. Were he to fail to join the king on his journey to the afterlife, the monarch would be fated to wander the earth, a curse and a shame for his former subjects. There’s a lot riding on the horseman’s broad shoulders. But he is a man with a famous appetite for female company, and a young bride-to-be at the town marketplace distracts him from his duties. He proposes a final liaison, arguing that he would be able to travel light to the afterlife were he to be permitted to shed his seed one final time.

The decision rests with female elder Iyaoloja (a fantastic, formidable Shaffy Bello) who has a vested interest as the young woman in question is engaged to her own son. Iyaoloja rules that Elésin Oba should be granted his final wish, but cautions him not to let his lust get in the way of his duty to the king and people. Ultimately, however, Elésin Oba’s lust is not the only stumbling block: the British take time off from cluelessly cos-playing in sacred ceremonial robes to interfere in the ceremony, bringing shame to Elésin Oba and tragedy to the community.

The film works on multiple levels. It’s an indictment of colonial brute force; a critique of masculine entitlement, an observation of the uneasy coexistence between tradition and modernity. But mostly, it’s a rich, engrossing and distinctive approach to African storytelling.