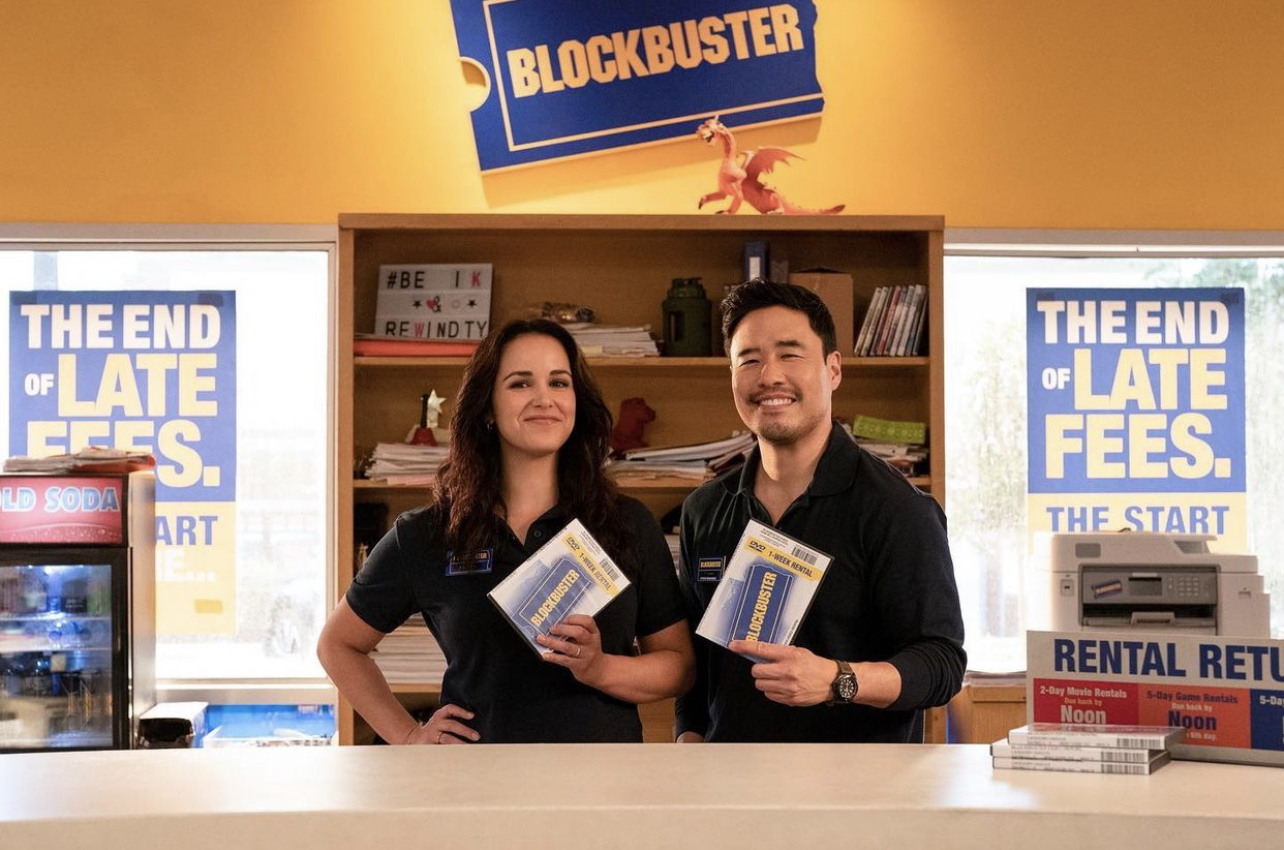 Set in the last Blockbuster on the planet—visit Bend, Oregon, if you’re in a nostalgic mood for the actual thing—Blockbuster might be the most mean-spirited feel-good sitcom ever made. It’s a series created by the very company that helped put the rental service out of business, and if that’s not brutal enough, Blockbuster once had an opportunity to buy Netflix for $50 million and laughed the fledgling venture out of the room. (Imagine an alt-universe in which Blockbuster is in the middle of the Streaming Wars.) Apparently not satisfied with running Blockbuster into the ground, Netflix’s Blockbuster is the TV show equivalent of desecrating a corpse. It’s the kind of pettiness that would make Larry proud.

But while Blockbuster is certainly notable for the way Netflix is gleefully rubbing salt in the wounds of its former competitor, Hollywood has a long and amusing history of high-profile individuals—directors, executives, acclaimed authors—being fueled by animosity. (Can you believe that an industry known for inflated egos could be so vindictive?) Ahead of Blockbuster’s debut on Netflix, let’s look back at some of the biggest Hollywood projects in which spite played a role in their creation.

Netflix sitcom “Blockbuster” is just salt in the wound of the ol’ tale of streaming killed the video store star.

Randall Park leads the series as Timmy Yoon, an “analog dreamer living in a 5G world” per an official description, where he is operating the last remaining Blockbuster Video store in the country. Per the official synopsis, Timmy and his staff employees, including his long-time crush, Eliza (Melissa Fumero), then must fight to stay relevant. The only way to succeed is to remind their community that they provide something big corporations can’t: human connection.

The actual last Blockbuster store in the U.S. remains in Bend, Oregon as of 2019. While the Netflix series does not take place at the actual location, lead star Park noted that the 10-episode season is centered firmly in the four walls of the fictionalized store itself while the “company itself is starting to collapse.”

“Our little family who works in the store, together, we kind of gain the strength and resolve to keep it alive,” Park told Entertainment Weekly, noting that while leading “groundbreaking” AAPI ABC series “Fresh Off the Boat,” “Blockbuster” reflects a “diverse group of people” more akin to Park’s life offscreen.

“I grew up in a very diverse neighborhood, it was almost like my group of friends growing up was of every race,” Park said. “It was almost too perfect, it was like a commercial. And shows, I feel like, have always had a tough time capturing that reality. And I feel like ‘Fresh off the Boat’ is great, because it was groundbreaking to have an Asian-American family and that reflects a part of my life. But also a part of my life is this diverse group of people.”

Head of comedy at Netflix Tracey Pakosta dubbed the series as “ultimately the story of a dedicated group of co-workers, with a lot of heart.”