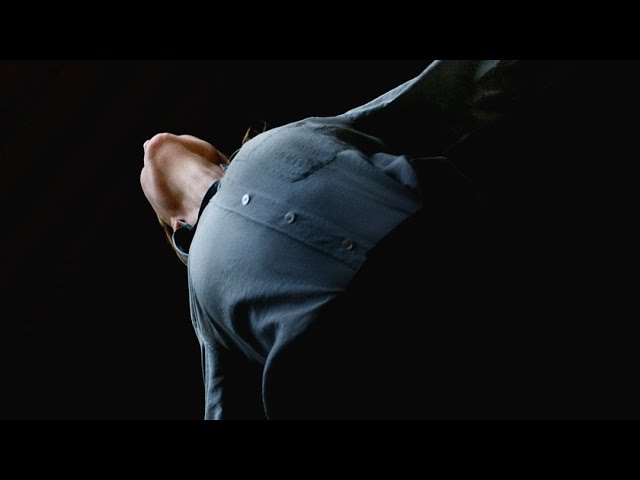 The international world of classical music viewed through a famed conductor’s preparations to record Mahler’s Symphony No. 5 might seem like rarefied subject matter, strictly for highbrow aficionados. But Tár is a mesmerizing character study, its fine-grained details extending with needling precision into the shadowy recesses between its oblique scenes. The key talking point will be Cate Blanchett’s astonishing performance — flinty, commandingly self-possessed and ever so slowly splintering under pressure. But no less notable is the return of writer-director Todd Field with a forensically crafted major work, 16 years after his last feature.

Opening Oct. 7 following the fall festival trifecta of Venice, Telluride and New York, the Focus Features release is an intimate portrait of an artist possessed by her work, an exploration of the transportive vitality of great music and a clear-eyed consideration of cancel culture. While there’s likely to be heated commentary questioning the right of a presumptively straight man to tell a story of a queer woman embroiled in allegations of sexual misconduct and abuse of power, this is a film whose audaciousness, artistry and scalding authority will sweep many such concerns aside.

Any review that discusses Tár in depth needs to address those plot points, but in truth this is a film that benefits from knowing as little as possible in advance. That said, the clues to the difficulties for which Blanchett’s character, Lydia Tár, is headed, and the reckless behavior that has landed her there are present almost from the outset. And being aware of where it’s going in no way diminishes the gut-wrenching impact of her fall from grace.

Actor-turned-director Field emerged as a fully formed filmmaking talent in 2001 with his first feature, the devastating chamber study on grief, In the Bedroom, establishing a gift for probing psychology and for extracting searing performances from his cast that carried over into his acerbic survey of middle-class suburbia, Little Children. But his long-awaited third feature is something else entirely — a significant leap in maturity, control and confidence that takes risks at every step. What’s more, they consistently pay off in a transfixing movie that feels like no other.

We first observe Lydia waiting in the wings, dressed in a stylishly androgynous black suit and crisp white shirt, her long hair pulled back from her face in chic severity. She does breathing exercises before taking the stage in Manhattan for a New Yorker talk with staff writer Adam Gopnik (playing himself). This provides a brisk bio of her lofty achievements in the field since emerging as a protégée of Leonard Bernstein, culminating with her becoming the first female principal conductor of the Berliner Philharmoniker in 2013.

Having broken that glass ceiling while also racking up distinctions as a composer, she claims never to have encountered gender bias. She speaks fondly of the radicalism and joy of Bernstein’s conducting, and clearly shares that passion in her anticipation of the discovery process of rehearsal as she prepares to dig into the mysteries of Mahler’s intentions with No. 5.

Lydia’s time is closely managed by her dutiful assistant, Francesca (Noémie Merlant), an aspiring conductor whom she has mentored. Francesca steers her to a lunch with Eliot Kaplan (Mark Strong), the investor behind her Accordion Conducting Fellowship, designed to provide opportunities for promising young women in the field. A minor conductor himself, Eliot begs for a peek at her score notations. “Do your own thing,” Lydia tells him dismissively. “There’s no glory in being a robot.”

Robotic thinking is anathema to her, as she demonstrates in a Juilliard master class where her vaporizing of one student — Max (Zethphan Smith-Gneist), who identifies as BIPOC pangender — will come back to haunt her. When Max disdains Bach, sniffing that cis male composers are not their thing, Lydia explains that she’s “a U-Haul lesbian” who nonetheless refuses to silo her interests according to anything but the music. With tart eloquence, she dismantles the notion of rating the artist over the art, telling the offended Max, “The architect of your soul appears to be social media.” Ouch.

The spikiness of that encounter remains in the air even as they head by private plane back to Berlin, where Lydia lives with her partner, orchestra concertmaster and first violin Sharon (Nina Hoss), and their troubled adopted daughter, Petra (Mila Bogojevic). Lydia still maintains her old apartment, ostensibly to work in peace but also seemingly to keep one foot unattached.

Vague allusions are made to sexual relationships Lydia has had with some of the younger women taken under her wing, likely including Francesca, and to Sharon’s tolerance of them, despite her own anxiety issues.

When Francesca mentions a desperate email from former Accordion fellow Krista (Sylvia Flote), begging to see Lydia, it’s clearly not the first. Developments with Krista, while initially seeming like something Lydia can manage, gradually pierce her painstakingly constructed veneer. The fallout, along with her special attention for gifted Russian cellist Olga (Sophie Kauer), ruptures both her home life and her career. She also makes an enemy of Sebastian (Allan Corduner), the longtime assistant conductor whom she decides to “rotate out” of the position, with Francesca among possible candidates to take his place.

Field captures the minutiae of a very particular world, injecting excitement into Lydia and the orchestra’s progress with the Mahler and anticipation around her choice of companion piece for the recording, and its soloist. The “little favors” and compliments, the slights and gnawing jealousies lend intrigue to a film whose attention to process in a creative environment is rivetingly detailed.

Blanchett is not interested in the kind of concessions that might make us warm to Lydia. But she demands, with ample justification, that we respect this enigmatic, ethically flawed perfectionist, even when her handling of personal matters is highly questionable. In the same way, the musicians revere her despite a manner that often swings more autocratic than the orchestra’s democratic principles.

Watching her thrash her limbs and whip her hair with electric physicality as she conducts (there are visual echoes of Bernstein’s flamboyant style), stopping frequently to pick apart every emphasis and tonality, we witness her consumed by her art, to a degree that at times seems almost sexual. We also get a sense of the hubris that makes her feel elevated by that passion, perhaps rendered untouchable. The ferocious commitment of the performance is even more staggering when the end credits reveal that Blanchett — who studied German and piano for the role — did all her own playing.

The Juilliard scene in which she sits down at the keyboard and walks Max through the surge of feelings that Bach can engender — conveyed through Blanchett’s ecstatically expressive features, as well as her body language — is just one of many bracing insights into the ageless power of the classical canon to connect, emotionally and psychologically.

Lydia never surrenders her pride, even when she appears broken by scandal and many of those closest to her have stepped away. But Blanchett shows the damage with a unique kind of vulnerability not to be confused with fragility. She seems aware that power has fed her foolish decisions by making her feel the freedom, even the right, to indulge her every whim, and to blithely step across lines between the personal and the transactional. But whether she self-reprimands remains inscrutable. It’s a towering performance that asks more of her arguably than any screen role she’s taken on to date.

Blanchett is given invaluable support in the key secondary roles. Merlant registers more strongly than in any film since Portrait of a Lady on Fire. Francesca keeps her cards close to her chest, appearing almost monastic in her dedication to Lydia and perhaps more than a little in love with her. But she’s also savvy and watchful, quietly readying a contingency plan that may be driven by a sense of morality or by resentment over her unfulfilled ambitions. Or both.

Hoss’ Sharon shows the strength that helped Lydia consolidate her position and the backbone required to steer them through their public coming out years earlier as a high-profile lesbian couple in a male-dominated sphere. The tiny flickers of hurt, anger or betrayal that play across her face, alert to every nuance of her partner’s behavior, point painfully to a relationship in which the balance of trust is unequal.

Just as Hoss brings her skills as a violinist to the part, young cellist Sophie Kauer adds authenticity in her impressive first acting role as the rough-edged but preternaturally poised Olga. In fact, casting actual orchestra members through the ranks makes this an illuminating depiction of a rarely examined arts milieu. And having seasoned pros on hand like Corduner, Strong and Julian Glover as Lydia’s predecessor in Berlin makes even the smaller roles incisive.

Cinematographer Florian Hoffmeister gives the film a cool, crisp look, deceptively unfussy yet often psychologically revealing in its compositions. Editor Monika Willi makes the expansive running time of more than two-and-a-half hours breathe, but also fly by with gripping tension. And the score by composer Hildur Guðnadóttir (whose name is playfully dropped among those whose work Tár has championed) brings subtle indications of the influences Lydia is hearing in her own compositions, elegantly interwoven with the classical pieces — primarily Mahler and Elgar.

Tár marks yet another career peak for Blanchett — many are likely to argue her greatest — and a fervent reason to hope it’s not 16 more years before Field gives us another feature. It’s a work of genius.