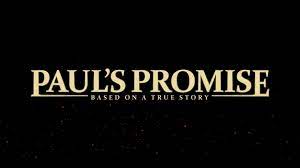 PAUL’S PROMISE tells the story of a white fireman’s spiritual and social transformation, during the racial unrest of the 1960s Civil Rights Movement, in the face of a very difficult past. PAUL’S PROMISE is sometimes too preachy, but it delivers a wholesome, inspiring tale of transformation for older children and adults, with a strong Christian, evangelical worldview.

An outspoken widow, Minnie Holderfield, receives news that she has cancer that’s aggressively metastasized. Her primary desire now remains that her son, Paul, will come to know the Lord. Her request that he read her personal prayer list in church is at first irksome and off putting to Paul. However, through his experiences with his mother’s mortality, his family’s deep need of a positive father figure, and his need to respond to the racial turmoil all around him, he begins to realize that his mother’s gesture may be the key to his redemption in more than one way.

PAUL’S PROMISE provides a fair picture of a man’s life impacted by the Gospel of Jesus Christ. It is at its best in showing how a wife and her son can overcome an abusive family life and strong racial turmoil via the transformative grace of Jesus. The back story of Paul and Jimmy’s youthful friendship contrasted with their estrangement as grown men is powerful and the conclusion to this tension is very satisfying. The story of a man whose abusive father set him up for a self-destructive and wasted life, who nonetheless becomes a good father, pastor and racial reconciler, largely due to his mother’s life of prayer, is inspiring.

However, the movie is not without many of the usual flaws of this kind of overtly Christian genre piece. There is an almost complete lack of subtlety and nuance in its themes. It presents a very preachy picture of Southern US Christianity. Also, some Christian characters of the movie consciously act inconsistently with their faith. For example, one woman, in trying to get Paul to do what his mother asks, tells him: “You may not fear God, but you sure as heck better fear me.” Also, the writing is sometimes mediocre, with some major themes left hanging, such as Paul’s approach to dealing with the outspoken racial prejudice in his workplace. Despite these failings, PAUL’S PROMISE delivers a wholesome, inspiring tale of transformation for viewers willing to allow some loose ends to never be resolved.

PAUL’S PROMISE is easily marked as having a strong Christian worldview, in a Southern evangelical setting. The movie deals with some very adult themes in a restrained, thoughtful manner. It’s very clear that Paul’s home life is an abusive one, with his father shouting at his mother and threatening her in several scenes. In one scene, his father holds a belt which he’s obviously used recently to bruise his wife in multiple places. Racial unrest is also dealt with wisely, without recourse to overtly offensive derogatory terms or graphic depictions of violence. Dean Cain’s appearance as Paul’s supportive boss at the local fire station is a reminder that not all those who were silent on Southern racial issues were segregationists. The script is free of foul language, which makes it more watchable than many of today’s bigger budget cinematic offerings. Nevertheless, due to its thematic elements, MOVIUEGUIDE® advises caution for younger children.