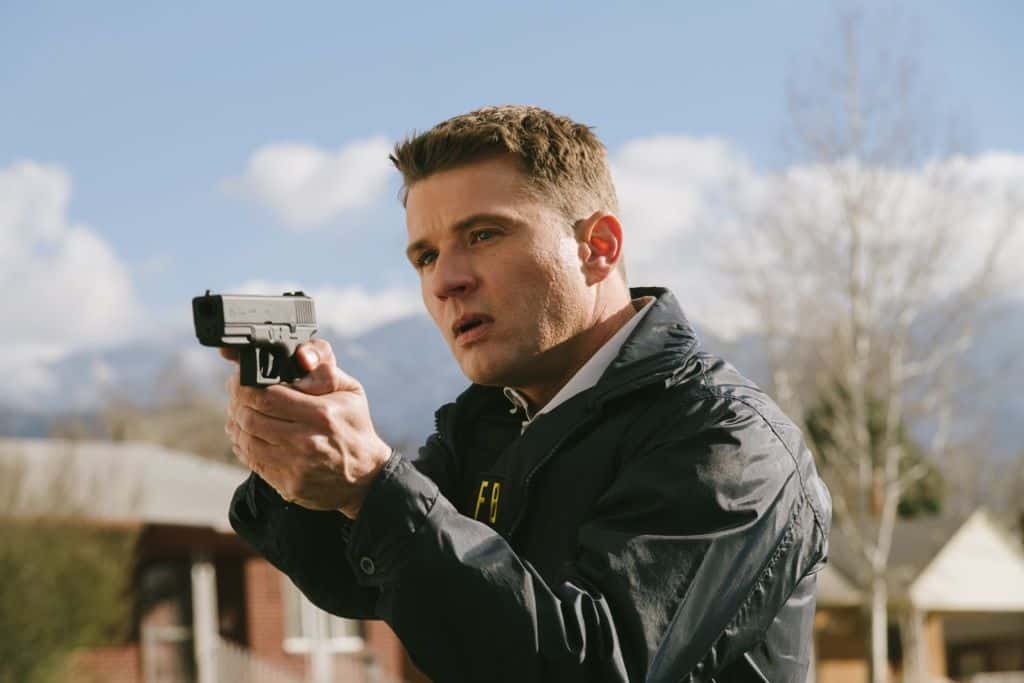 With a bit of action and mystery, the true story of Jason Derek Brown is coming to the big screen this weekend. American Murderer follows the life of a con man who turns into a murderer when things get desperate and the FBI agent who is hot on his trail. The movie tells Brown’s story mostly from the perspective of his friends and family members being interviewed about their life and experiences with him. Putting on a different appearance and mask for everyone in his life, Brown, taking after his father plays everyone in his life for his own needs and has no concern for their lives.

The movie has an interesting story and even a pace that keeps your attention, although it is slow at points. But the amount of things that Brown is able to get away with, unchecked for so long is nothing short of shocking. And his story is one of probably thousands like that out there. What it doesn’t have though is a satisfactory ending. Is the point of the movie to bring more attention so that Brown gets caught or someone is aware? Is it really just a higher-budget version of Unsolved Mysteries? Or is there a reason for the story to be told at all? If the point of the movie is to bring attention to the people Brown scammed and killed, their stories need to be told not his. If it’s to bring more attention to bring him in, the movie fails at that. Instead, it glamourizes what he did, and highlights he got away with it.

While overall the movie was entertaining, it seems to fall apart at the end, because that’s as far as the story has been written so far. It can’t go on until Brown is found, prosecuted, or dies. So it makes you wonder why the movie is needed now if it doesn’t have an actual ending to the story and will leave the audience feeling a bit cheated. Not every true crime story needs to be made into a movie, especially with big named stars.

American Murderer will be released in select theaters on Oct. 21, 2022, followed by a streaming release On Demand and Digital on Oct. 28. You can check out the official trailer for the movie below