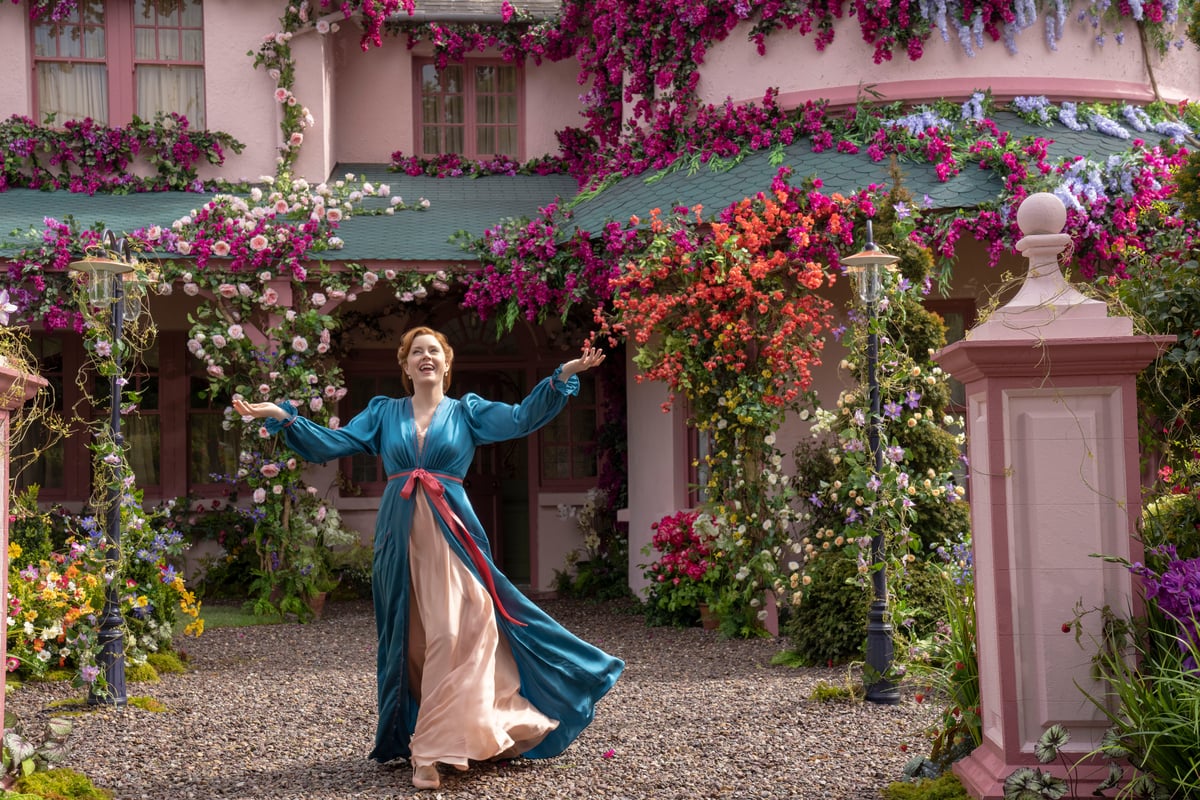 The first film follows Giselle (Amy Adams) who, while waiting for true love’s kiss courtesy of the brave but slightly dim-witted Prince Edward (James Marsden), finds herself transported from the animated world of Andalasia to Manhattan. She meets cynical divorce lawyer Robert (Patrick Dempsey) and the two fall in love. Despite Queen Narissa’s (Susan Sarandon) evil machinations, true love triumphs, and everyone gets their happily ever after.

Disenchanted opens ten years later. Robert and Giselle are blessed with a baby girl, Sofia, while Morgan (Gabriella Baldacchino), Robert’s daughter by an earlier marriage, is a surly 16-year-old. Giselle feels it is time to recharge their lives and suggests a move to the suburbs much to Morgan’s dismay.

Monroeville proves to be everything Morgan feared and she is treated as an outsider in her school while Robert has a soul-crushing commute to the city. The snooty town council led by the supercilious Malvina (Maya Rudolph) and her cronies, Rosaleen (Yvette Nicole Brown) and Ruby (Jayma Mays), are not particularly welcoming of Giselle.

In a bid to make things right, Giselle uses a spot of magic only to make everything horribly wrong, with Andalasia and her good nature in danger. All turns out right in the end with a ball, a magic battle for the throne, a clock stopped just before making the last midnight chime, and a sleeping princess.

Disenchanted is everything it sets out to be, however, it could have been so much more. There are self-referential nods to Disney standards including the talking animal sidekicks, and the three necessary traits to become a top-notch evil stepmother.

The songs, the glitter, the gowns and the segues from animation to live-action are all present and correct. Adams is charming, while McDreamy’s crinkly eyes are as dreamy as ever if slightly careworn, making them even more delicious. The talking scroll (Alan Tudyk) was rather funny.

If only Disenchanted had pushed the envelope more, we would have been truly spellbound rather than just mildly bewitched.