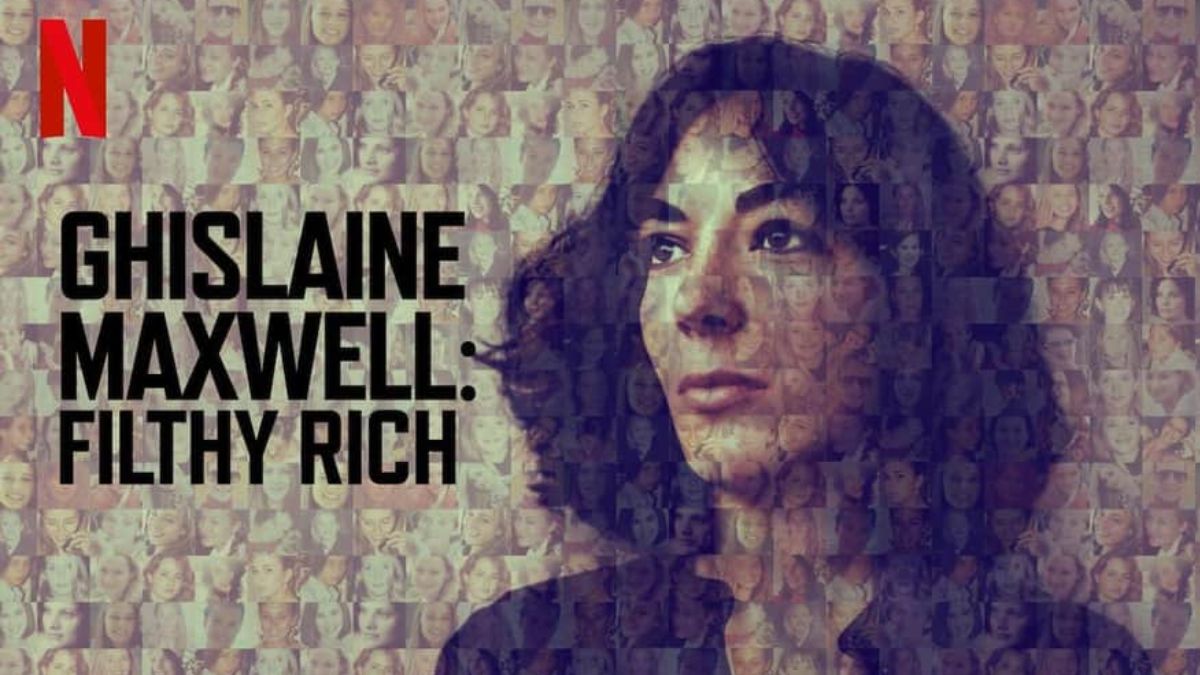 Netflix shocked audiences during lockdown with docuseries Jeffrey Epstein: Filthy Rich – a four-part docuseries examining the crimes and abuse of sex offender Jeffrey Epstein – and now the streamer is looking at the case with a focus on his accomplice Ghislaine Maxwell.

Ghislaine Maxwell: Filthy Rich is an upcoming film which is set to go “beyond the headlines” of her recent criminal case and show how her “class and privilege concealed her predatory nature”.

It is one of the latest documentaries about Maxwell, who was sentenced to 20 years in prison on sex trafficking counts earlier this year.

The film is a follow-up to 2020’s Jeffrey Epstein: Filthy Rich – a four-parter looking into the crimes of convicted sex offender Jeffrey Epstein, who died in 2019.

While its predecessor was a miniseries, Ghislaine Maxwell: Filthy Rich is expected to be a one-off film.

What is Ghislaine Maxwell: Filthy Rich about?

Netflix’s follow-up to Jeffrey Epstein: Filthy Rich looks at Epstein’s accomplice Ghislaine Maxwell and the role she played in his prevalent sexual abuse.

“Discover the monster behind the monster,” Netflix teases, adding that the documentary goes “beyond the headlines of the Ghislaine Maxwell case” to tell the definitive story of how “her class and privilege concealed her predatory nature”.

Judging by the trailer (included further down this article), the upcoming film interviews police officers, lawyers and victims of Epstein, including Annie Farmer, who accused Epstein and Maxwell of sexual misconduct and testified in the London socialite’s trial.

Ghislaine Maxwell: Filthy Rich is directed by Lisa Bryant and Maiken Baird as well as Joe Berlinger, who is best known for his docuseries Conversations with a Killer and Crime Scene: The Vanishing at the Cecil Hotel.

Who is Ghislaine Maxwell?
Ghislaine Maxwell is the youngest daughter of media tycoon Robert Maxwell and the ex-girlfriend of financier Jeffrey Epstein. In June 2022, she was found guilty on five sex trafficking-related counts and sentenced to 20 years in prison.

Being the daughter of Robert Maxwell, Ghislaine Maxwell was a socialite on the London scene in the 1980s before moving to New York after the mysterious death of her father, who drowned in 1991 shortly before his fraudulent misappropriation of the Mirror Group pension fund was discovered.

In New York, Ghislaine Maxwell met Jeffrey Epstein, with the two remaining friends after breaking off their romantic relationship in the 1990s. In 2008, Epstein pleaded guilty to procuring a child for prostitution and of soliciting a prostitute, serving 13 months in custody after taking a plea deal. He was arrested again in 2018 on federal charges of sex trafficking of minors and died by suicide in his jail cell in August 2019.

In July 2020, Ghislaine Maxwell was arrested and charged with enticement of minors, sex trafficking of children and perjury, being accused of helping Epstein abuse young girls.

In June 2022, she was sentenced to 20 years in a US prison for recruiting and trafficking four teenage girls to be sexually abused by Epstein, with Judge Alison J Nathan describing Maxwell’s conduct as “heinous and predatory”.

“Ms Maxwell worked with Epstein to select young victims who were vulnerable and played a pivotal role in facilitating sexual abuse,” she said.