Walker 2021 Tv Series Review – Everything You Should Know 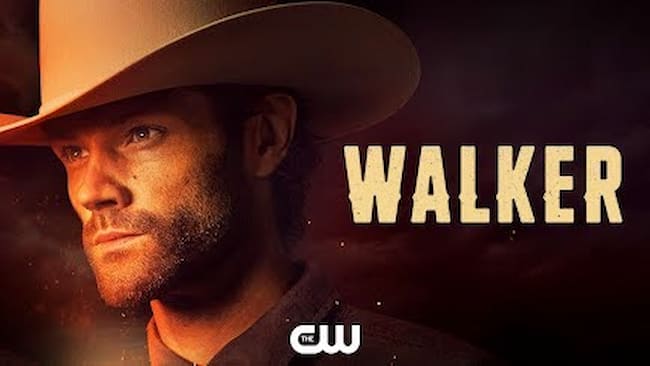 Imagine you’re a contestant on Family Feud and the question tells you that fans of the long-running CBS drama Walker, Texas Ranger were asked to name their favorite elements of the series.

You think long and hard and your first answer is, “That there’s a character named Walker!” The host gives you an incredulous look and a loud buzzer tells you that nobody surveyed gave that answer. For some reason, you get a second chance and you respond, “Ummm…the jurisdictional issues in Texas law enforcement!” Here, the audience laughs nervously and again an “X” appears on the screen.

While I don’t expect there are that many fans of Chuck Norris’ Walker, Texas Ranger likely to be aware that The CW exists, much less that the network has a remake of Walker, Texas Ranger premiering on Thursday, I’m betting that most people in that odd Venn diagram won’t make it through 15 minutes of The CW’s Walker. That’s because the show delivers almost none of whatever made the original series fun. The annoying thing is that being a total failure as a remake of Walker, Texas Ranger doesn’t necessarily mean that Walker is a total failure as a TV show. It’s just something different, and I wish it had just committed to being that different thing entirely.

Basically, as best I can figure it, Jared Padalecki walked into some CW executive’s office and said, “I would like to do a new show that lets me remain in Austin, Texas, and perhaps one where I might wear a gigantic cowboy hat as much as possible.” And since Padalecki’s tenure with The WB and then The CW has included a long stretch on Gilmore Girls, a pilot for Young MacGyver and 327 episodes of Supernatural, The CW was happy to accommodate those wishes.

In this incarnation, Cordell Walker (Padalecki) is a Texas Ranger (the law enforcement agency and not the baseball team) whose commitment to his job leaves him with very little time for his wife (Genevieve Padalecki), teenage daughter (Violet Brinson) and son (Kale Culley). When said wife is murdered doing humanitarian work near the Mexican border, Walker pours himself even further into his work. After several months on an undercover assignment, he returns to discover that he has a new partner (Lindsey Morgan’s Micki Ramirez) and a family that’s barely holding together without its matriarch.

As a law enforcement procedural, Walker is weak. That the main character is a military-trained Texas-based officer with a hair-trigger temper and no interest in following the rules is the only real connection to the original series; since I never much liked the original series, this doesn’t bother me especially. What bothers me is that the pilot has a case-of-the-week that’s so generic I could only tell you that it relates to a church gift shop in some way. There isn’t a memorable action scene of any kind in the pilot, be it hand-to-hand combat or driving. There’s an apparent mystery behind what happened to Walker’s wife, but it’s insufficiently seeded.

Pilot director Jessica Yu — it should be noted that the original series appears, upon a cursory glance, never to have had a woman direct a single one of its 200 episodes — isn’t exactly an “action director,” but with episodes of The Rookie and Stumptown among her credits (episodes of Billions, Fosse/Verdon and American Crime are other highlights), she’s no stranger to action beats within character-driven drama. Here, it’s only the character beats that land, as well as a palpable sense of place courtesy of a variety of nicely shot Austin locations.

The wait is finally over! Walker season 3 is on its way to our screens, and it’s sooner than you think!

This news doesn’t come as a surprise, though. The Walker, Texas Ranger reboot was so successful that The CW has not only renewed it for a third season but has come out with a prequel series, Walker Independence. After all, the first episode of Walker —which aired back in 2016—became the most watched series premiere on The CW.

Nonetheless, our excitement still goes unmatched. And now that a promotional teaser video is out, the cast is revealed, and details on the plot are surfacing… we’re just about ready to lose our minds. 😱

So, if you find yourself wondering about the details surrounding Walker season 3 will entail, you’re in luck. We laid out everything you need to know about the return of the Western drama, including its plot, release date, and cast.

What’s it about?
Think back to Walker season 2: you might remember the show leaving us with a major cliffhanger. Texas Ranger Cordell Walker was kidnapped (we don’t know who is behind it), and it worried fans about his future on the show. However, Anna Fricke (the series’ showrunner) said in an interview with TV Line that Season 3 is set to reveal what went down with Cordell and revealed that it has to do with the mysterious circumstances surrounding the death of his wife Emily.

We’ll update this article with more information as we get closer to the premiere.

Who’s in the cast?
Most of the cast from season 2 will be returning to season 3. However, Lindsey Morgan (Cordell’s former partner Micki Ramirez) is not set to return to the character. Though we don’t know the exact reason for her departure, The CW has stated that she is welcome to come back whenever.

The returning cast goes as follows:

Jared Padalecki as Cordell Walker
Keegan Allen as Liam Walker
Mitch Pileggi as Bonham Walker
Molly Hagan as Abeline Walker
Violet Brinson as Stella Walker
Kale Culley as August Walker
Coby Bell as Captain Larry James
Jeff Pierre as Trey Barnett
Odette Annable as Geri Broussard
Ashley Reyes as Cassie Perez
Where can I watch Walker?
Season 3 of Walker premieres Thursday, October 6 at 8/7c on The CW! The series will air on a week-by-week basis, and will be available for streaming on the CW app.