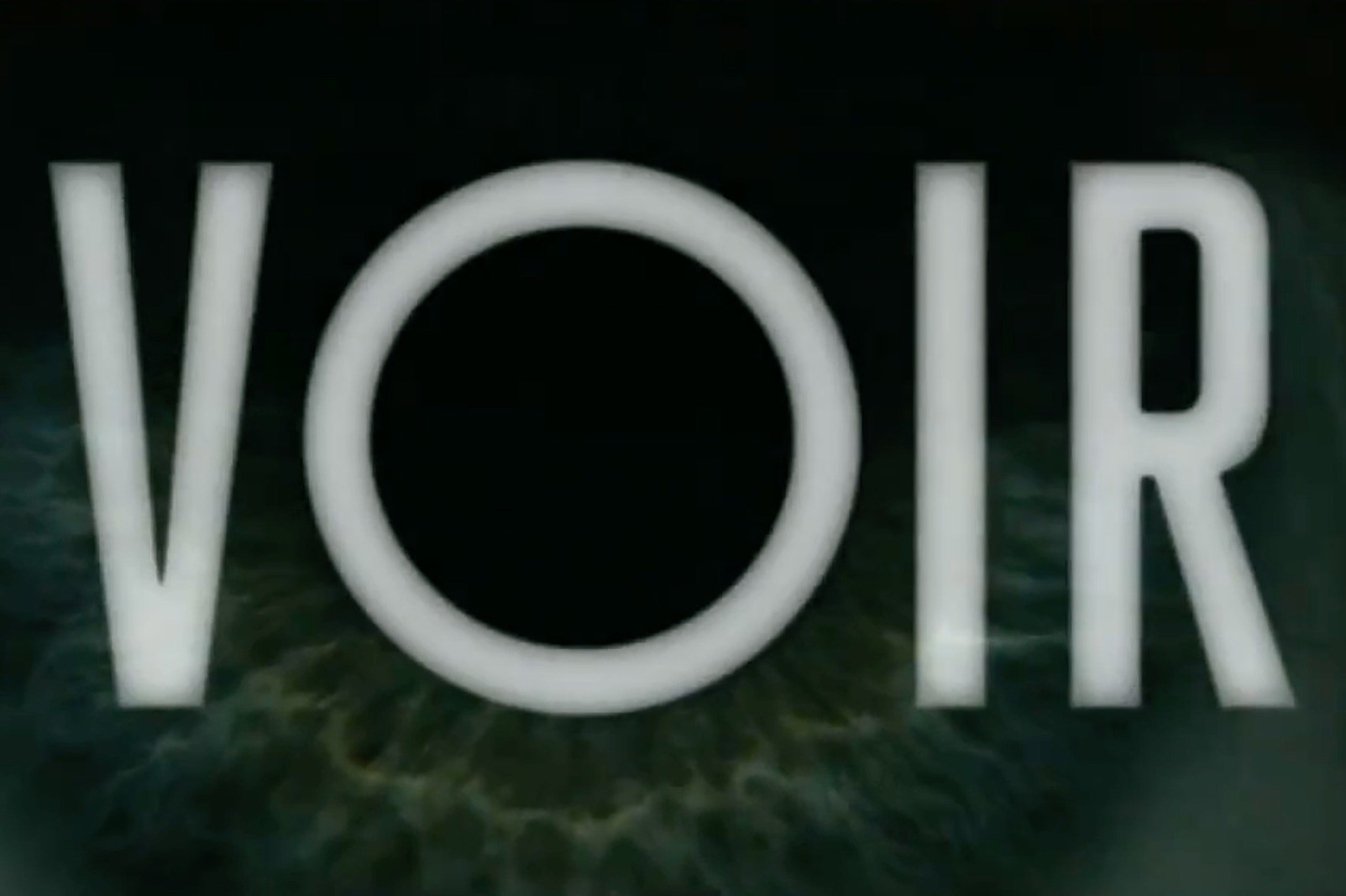 One of Netflix’s most popular shows that I would never consider reviewing — because what would possibly be the point? — is The Movies That Made Us. As befits its status as a spin-off from The Toys That Made Us, The Movies That Made Us is fueled by populist nostalgia instead of cinematic rigor, intended to make you happy about things you (and everybody else) already loved rather than force any examination or introspection about the medium.

Occupying the vast middle ground between The Movies That Made Us and an ultra-meticulous or ultra-intellectual cinematic essay like Thom Andersen’s Los Angeles Plays Itself or Marlon Riggs’ Color Adjustment is Netflix’s new series Voir, a six-episode collection of visual essays tied to movie-love.

Voir comes from executive producers David Fincher and David Prior and will likely be sold on Fincher’s name because he’s David Fincher, even if Prior’s involvement is clearly more hands-on. A tribute to the joy of movie-going at a moment many people still don’t feel like going to the movies, Voir is an effort to make a show that Film Twitter will want to watch but can’t ethically review because of various personal ties to focal creators like roving critics Drew McWeeny and Walter Chaw or awards blogger Sasha Stone — at least not without obligatory disclosures like: Drew is a friend and longtime former colleague, while at least one Voir narrator has me blocked on Twitter for mysterious reasons.

No positive or negative personal connections have much impact on the reality that Voir, intentionally, isn’t trying to do exclusively one single thing; episodes are all over the place in terms of focus, form and quality, though it’s less a movie version of ESPN’s 30 for 30 franchise than a half-dozen slightly elongated versions of a Chuck Workman Oscar montage.

The six entries have a common starting point with written essays narrated by this group of aficionados and enthusiasts — McWeeny, Chaw, Stone, Tony Zhou and Taylor Ramos. Actually, the easiest way to say what Voir is doing is to urge people to seek out Zhou and Ramos’ Every Frame a Painting webseries, still available on YouTube. Only Fincher and Prior know why they wanted to do a new series and not just reboot Every Frame a Painting in a new home, since three Voir episodes come from those creators and look and feel like extensions of that series.

I’d guess that the executive producers — Prior directs multiple episodes, Fincher does not — liked Every Frame a Painting, but wanted to show a little bit more flexibility. So what are the Voir episodes? You have Stone recalling the summer of 1975, specifically the experience of seeing Jaws and watching as it ushered in the era of Hollywood blockbusters. Chaw also looks backward, but his take on 48 Hours, which he first saw at the age of nine, is a tremendous blend of reflection and current analysis, looking at the movie as a text and weaving in star theory and auteur theory to show how it fits into Eddie Murphy and Walter Hill’s bodies of work. McWeeny uses Lawrence of Arabia as the pivot for discussing how we can love a movie even if its main characters are unlikeable by design. Zhou and Ramos work on more of a conceptual level and their episodes respectively look at the crafting of animated characters, representations of revenge and the eternal debate between film and television.

Within that variety, there are several individual approaches. Stone’s recollections are through staged flashbacks featuring actors, accompanied by plenty of clips from Jaws. The animation and revenge episodes feature talking head interviews with academics and an assortment of big names in the Disney space, including Glen Keane and Brenda Chapman. Some episodes are driven by clips from movies, artfully edited around echoes of dialogue or theme. The animation episode features, well, animation. Several episodes give their narrators an on-camera role, generally sitting in a darkened theater, while in others they’re voice-only. The TV episode has what I believe to be just a general actress representing all people who watch TV, which might as well represent the universality of the medium, but I couldn’t say for sure.

Episodes range from 17 to 23 minutes, which benefits the essays with a clear thesis, through-line and conclusion. It turns out that 22 minutes is the perfect amount of time to listen to Chaw muse on 48 Hours, whetting my appetite for a rewatch of the movie, which is, amusingly, available on Amazon rather than Netflix. There’s no question that McWeeny’s thoughts on antiheroes could have stretched to feature length, but his episode makes a variety of persuasive points and covers a reasonable range of cinematic history. Plus it’s always pleasant to luxuriate in footage from Lawrence of Arabia, which is, amusingly, available on Amazon rather than Netflix. Zhou’s revenge essay covers everything from early Lumiere shorts to John Wick, though it’s built around Sympathy for Lady Vengeance, which is, amusingly, available on Tubi rather than Netflix. In fact, say what you will about Voir including clips from Fincher projects and whatnot, but the series could have operated as a commercial for Netflix’s library and instead it very much does not.

Not surprisingly, this TV critic was most frustrated by the token superficiality of the lone episode to acknowledge television, which barely rises to the level of media analysis I’d expect from an introductory class of a freshman seminar. It does, however, have a very funny punchline related to the Game of Thrones finale. The animation episode is informative and packed with interesting voices, but I don’t think it really ties together. Stone’s gauzy recollections of the visceral impact of Jaws are beautifully shot — Prior directed that episode — but the blend of memory and examination runs out of steam before 17 minutes are up.

Netflix stirred up interest for Voir on Twitter with a tease about a Fincher special announcement, as if Mank 2: The Mankening were in development. The actual series itself mostly points to the director’s love of movies, but there’s no logic by which I could say, “If you liked Zodiac, you’ll dig Voir.” Take these six episodes as a proof-of-concept for a brainier Netflix show about cinema than just a trip down popcorn-strewn memory lane and there’s enough to enjoy.