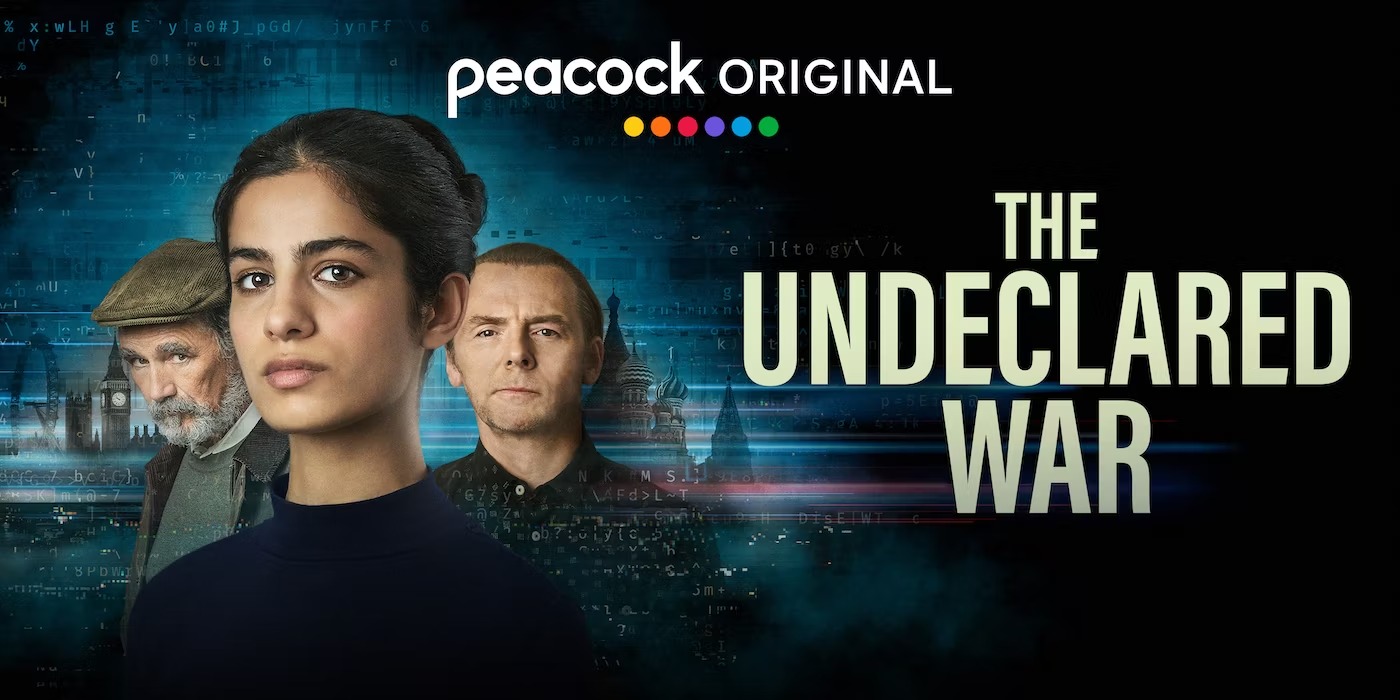 The Gist: It’s 2024, and as Saara Parvin (Hannah Khalique-Brown) is shown opening manhole covers, climbing down a brick wall, going into a locked cabana, etc., the scene always seems to be shifting. What she’s really doing is participating in a speed-coding exam, with a “work experience” position at the UK’s Government Communications Headquarters (GCHQ) at stake. She comes in second to the exceedingly speedy Vadim Trusov (German Segal), but they both get offered the job.

She’s eager to tell her father Ahmed (Nitin Ganatra), who has been down lately; no one else in her family knows about this classified and somewhat risky job. She’s assigned to the malware department, and almost as soon as she enters the building, she’s embroiled in an emergency. As engineers are running a stress test, much of the UK’s internet access goes down. After calling in Danny Patrick (Simon Pegg), the head of the department, it’s found that malware was executed to bring the system down, with the stress test used as a cover.

As engineers try to get services back online, Saara is tasked with trying out the code in a walled-off sandbox environment. However, she finds a small line of code that was set to execute another malware program when a “like” was hit on a particular Facebook page. Danny is so appreciative that he brings her to the meeting of the cabinet of PM Andrew Makinde (Adrian Lester), who is facing reelection as the public is reeling from an ongoing recession. When a particularly snarky cabinet member points out that an intern found the code and not the cadre of GCHQ’s highly-paid engineers, Danny knows that they’re going to have to go through the code line by line to make sure no other triggers are there.

In the meantime, Saara gets some bad personal news, and her devotion to her new job and this cyberattack brings her in major conflict with her family. Danny is getting pressure from his bosses to declare Russia as the source of the attack, but he knows that the escalation that will result might bring down everything that’s dependent on the country’s internet services which is, well, basically everything.

One of the things we always hated about shows that centered around people who work with code is that, well, staring at people staring at code is pretty boring (believe us, we’ve stared at our share of code in our lives, and we found that to be quite boring. Can’t imagine how boring it is for people who aren’t programmers). Peter Kosminsky, the writer and showrunner of The Undeclared War, solves this issue, at least when it comes to what Saara sees when she dives into code. Stylistic choices are among the reasons why the show strikes the right degree of tension and personal drama.

The opening scene, with its weird hodgepodge of locations, doors on odd places, and jumps from place to place gives us an indication of how Saara codes. Another scene, where she walks through a dark file archive room, illustrates how she scrolls through code. And in another scene, where she’s in a phone booth in the middle of a field, she looks through one phone directory after another until she finds the tiny anomaly. We fully appreciate Kosminsky and company’s attempts to make Saara’s process more dramatic.

In a lot of ways, the story feels more along the lines of 24 or Homeland, where the main couple of characters will get an inner life but the rest of them will be one-dimensional functionaries. Coders like Max (Tom McKay) feel like they’re there to spew jargon and stare at screens, giving Danny and Saara people to bounce off of. But that’s OK with us, because the central tension of the series, where a cyber war could be touched off due to a less-than-cautious governmental approach during an election year, has more than enough juice to keep us interested.