The Swimmers 2022 Movie Review and Trailer 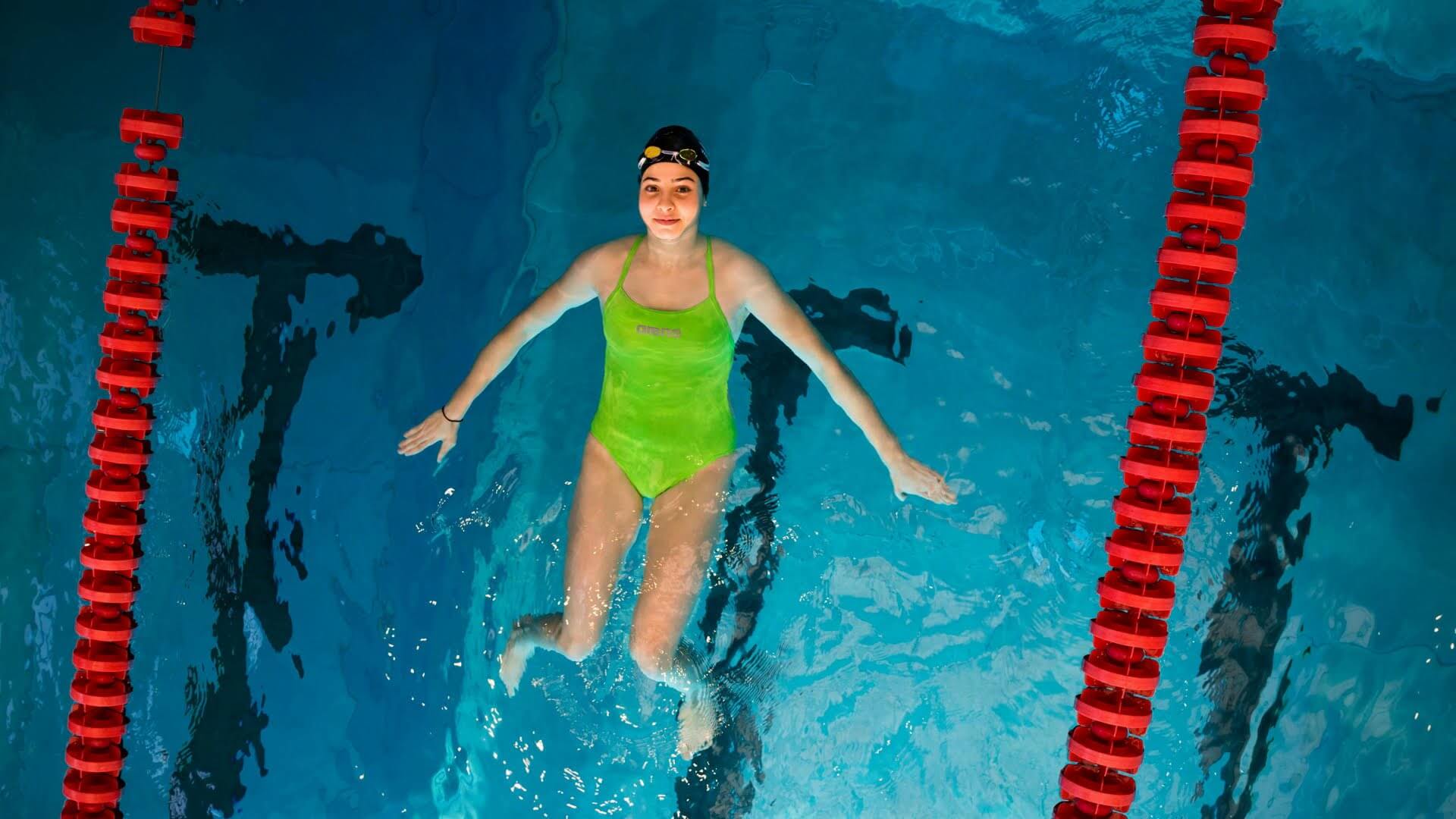 At the end of “The Swimmers,” you could be excused for thinking that Syrian refugee Yusra Mardini won an Olympic gold medal. She didn’t. That’s not to detract from everything she and her older sister, Sara, went through to escape the Syrian civil war and reclaim their dreams of competitive swimming. It just means that director Sally El Hosaini and co-writer Jack Thorne didn’t know how else to wrap this inspirational true story, which is ideally suited for one of those 40-minute Oscar-grubbing documentary shorts, in their feel-good Toronto Film Fest opener.

At a bloated 134 minutes, however, your brain may well start to prune, the way fingers do when they spend too much time in water. It’s not enough that co-leads (and real-life sisters) Nathalie and Manal Issa have great chemistry on-screen, or that the plot packs some of the same oomph as last year’s “Flee.” The gratuitous running time suggests that “The Swimmers” — a human-interest story in sports movie drag — might have been stronger without the trip to the 2016 Rio Olympics, where Yusra placed 41st out of 45 in the 100-meter butterfly.

What El Hosaini shows happening there in the film’s climactic moments is the result of Mardini’s first heat, which qualified her — as one of the inaugural members of the special Refugee Olympic Team — to compete. None of this is anywhere near as engaging as how Yusra, who had always dreamed of swimming for Syria, wound up on a completely different continent, training for a German coach.

The good news is that most of the movie focuses on that part of her story, starting back on Yusra’s 13th birthday in Damascus, five years before the Olympic Games. It’s March 2011, the same month that the Arab Spring reaches Syria and protests against President Bashar Assad demand a democratic alternative to their ruler, who had assumed control after the death of his dictator dad a decade earlier. On this happy day (which involves frolicking in the local pool), no one in Yusra’s family can believe what’s to come. To staunch the rebellion, Assad takes to attacking his own people with bombs and chemical weapons.

A few years pass in a flash, and El Hosaini (directing her first feature in the decade since “My Brother the Devil”) picks up at another party, this one at a rooftop nightclub, where Sara (the more dominant sister) and Yusra dance to “Titanium” while Assad’s rockets light up the sky in the background (at least it wasn’t Katy Perry’s “Firework”). The song serves as a kind of anthem for the girls, who will hear it again while swimming alongside a sinking vessel in their Aegean Sea crossing.

Such choices suggest that El Hosaini didn’t trust the material enough to let it move us on its own merits, though she needn’t have resorted to such easy uplift. Stories about refugees are inherently compelling, as decent people are torn from the lives they know and forced to start over, and this one is made all the more effective by its two leading ladies, the French Lebanese Issa sisters. Nathalie, who plays Yusra, is soulful and soft-spoken, still girlish and relatably uncertain in such circumstances, while Manal is the more proactive and protective sibling. Their characters need each other to make the crossing from Syria to Turkey, then Turkey to Greece, and later Bulgaria, Serbia, Hungary and so on, until they reach Germany.

If this is the first time you’ve seen such a trek, “The Swimmers” will surely sweep you up in each leg of the journey. But even those who’ve witnessed the equivalent many times before ought to be transfixed by the portion that occurs by boat. Using money given by their father, Ezzat (Ali Suliman), the sisters buy passage on an overloaded dinghy, taped together by shady-looking smugglers and put to sea with a malfunctioning motor. Of the passengers on board, Yusra and Sara are practically the only ones who can swim, which tells you a lot about the terrifying last minutes so many have experienced trying to make the same journey. When the refugees arrive on the island of Lesbos, El Hosaini has DP Christopher Ross pan out to reveal a sea of abandoned life jackets. Thousands have made this trek — and these were just the survivors.

Eventually, the sisters find their way to Berlin, evading capture and an attempted rape along the way. Ross shoots most of this footage handheld, exaggerating the amount of unsteadiness to his framing, lest it seem any less dramatic or believable without the need for motion sickness medication. In Berlin, the pair head to the nearest pool and convince sympathetic coach Sven (Matthias Schweighöfer) to train them, as their father had back home. Cue more Sia songs (“Unstoppable” this time, laid over one of Yusra’s training montages), and the underdog plot works on autopilot — not bad but routine. How can we be sure more interesting material was left off-screen? Just wait for the end credits, when chyrons reveal what happened next with Sara Mardini. Potentially as exciting as a Paul Greengrass thriller (think “Captain Phillips”), that feels like the story “The Swimmers” should be telling.