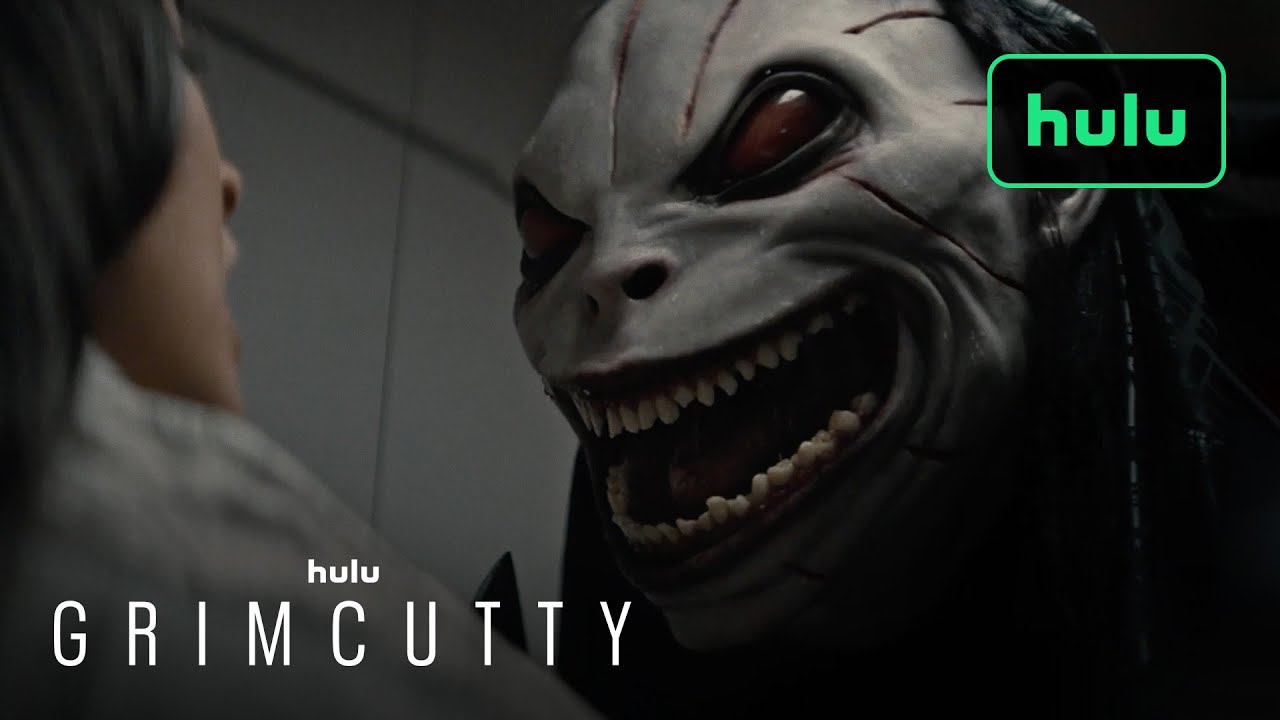 What happens when an internet meme that encourages kids to do violent things comes to life? Hulu’s new film Grimcutty is going to show us. Rather than inspiring memes, the horror film is exposing audiences to one of its own creations and possibly giving us one of the scariest movie monsters of the decade.

Part of the 2022 Huluween lineup, Grimcutty comes from the mind of John Ross. He is the writer and director. Ross is known for his work on Don’t Watch This and the Facebook Watch series The Birch. David Brooks (Bite Size Halloween), Jenna Cavelle (The Mad Whale), Dawn Fanning Moore (Olivia Rodrigo: driving home 2 u (a SOUR film)), David D. Moore (Bite Size Halloween), and Arbi Pedrossian (Phenoms, Ordinary Gods) serve as producers, with Britt Smith (Foodtastic) as an associate producer.

What begins as an internet meme that receives media attention because of what it asks children to do turns into a frightening ordeal as it leaves the screen and enters reality in Grimcutty. When the meme comes to life, it attacks children. But, it only comes to life if their parents are concerned for their child’s wellbeing.

The logline given by Hulu says, “a suburban teen girl and her little brother must stop a terrifying internet meme brought to life by the hysteria of their parents.” It sounds like even though their parents mean well, the more concerned and worried they are about the meme, the more dangerous the situation becomes for everyone involved.

It seems like the Grimcutty becomes a widespread issue, with parents refusing to send their children to school, based on the trailer. An authority figure comments that “some of you have chosen to stay home, given what’s been happening” to a group of students, which can only be read so many ways. Parents discuss it at a school event, which seems to kickstart the paranoia for the main character’s parents. Even the police are aware of what’s happening, noting that they receive a number of calls regarding the internet legend when called to the main character’s home.

While the parents bring the character to life, they can’t see it; only their children can. There are scenes in the trailer of children dangling in the air or being attacked by something, and all that’s shown from the parent’s perspective is their child, not the Grimcutty. This means that it’s entirely on the children to fix their parents’ mistakes in summoning the meme to the real world.

Sara Wolfkind is Asha Chaudhry, the teen girl trying to stop the Grimcutty. She was previously in the films Love All You Have Left and HR 805. Asha’s younger brother Kamran is played by Callan Farris. He is known for his work in the Disney Channel series Gabby Duran & The Unsittables. Usman Ally​​​​​​​ is Amir, the patriarch, and Shannyn Sossamon is his wife, Leah. Ally has previously been in Veep, A Series of Unfortunate Events, and Suits. Audiences may recognize Sossamon from her roles in Sinister 2, Sleepy Hollow, or Wayward Pines. Joel Ezra Hebner is the titular character, the Grimcutty. He has played other creatures in The Beast of Bray Road and Slay Belles.

With the tagline “feed the frenzy,” it seems like Grimcutty is meant to comment on the virality of internet challenges like the Momo challenge and the Blue Whale challenge. While challenges that involve hurting someone or yourself are typically found to be hoaxes, they aren’t the only unsafe things children are doing on the internet. The Tide Pod challenge, for example, seems harmless but could result in someone eating laundry detergent, while one that involves sticking a penny in an outlet caused fires in homes.

The common thread in the Momo or Blue Whale challenges and Grimcutty is the reaction of parents. Parents across the world were concerned that their child was participating in these challenges, worried they would hurt themselves or others in their attempts to be a part of an internet meme. While these challenges were based on hoaxes, it’s understandable that parents would be worried their child was participating. It looks like Grimcutty takes this to a whole new level, with their paranoia actually causing the harm they wanted to avoid.