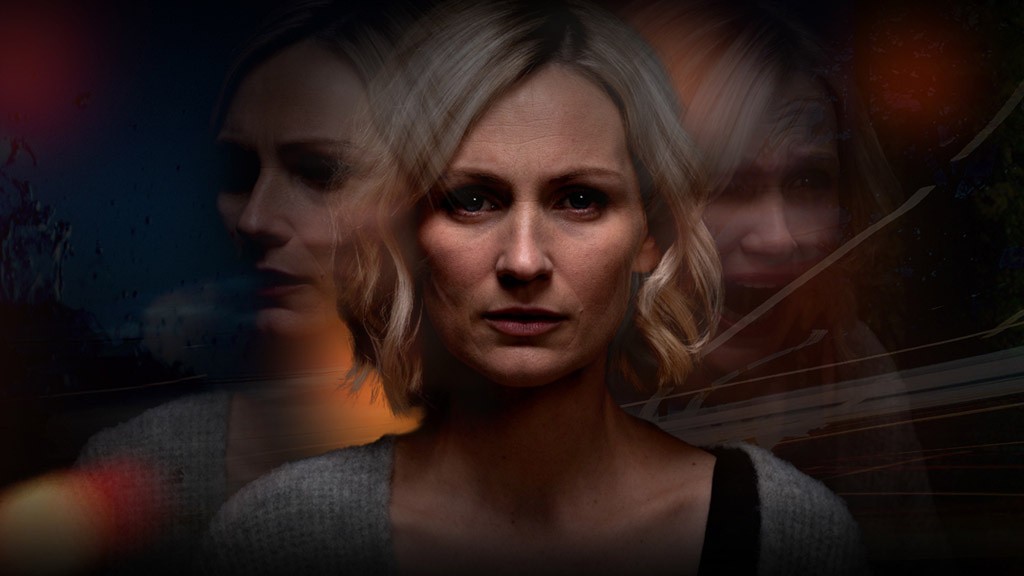 The Light in the Hall

There is a chance they will never stop. Come the final perfect storm of climate cataclysm, when survivors are battling mutant giant insects in the thick jungles of the Watford Gap, S4C and partners will still be churning out dark and depressing crime dramas for us all to watch. And jokes about the end of the world are pretty light compared to the unremitting bleakness of the oh so serious visions of these programme makers. To break a smile, after all, might raise the question if the character is even Welsh at all.

In the latest, Y Golau / The Light in the Hall, one of the marquee names that gives us hope this might be a cut above the rest is indeed not very Welsh at all. Joanna Scanlan’s stock is higher than it’s ever been (and it’s been pretty high ever since her turn as Toni the human obstacle Civil Servant in The Thick of It all those years ago), after receiving a best actress BAFTA for After Love earlier this year. Scanlan, a Merseysider by birth, is very proud of her Welsh heritage, and she makes an admirable go of her Welsh even when the effort of it seems to distract her from her acting. But Scanlan is an A-lister now – you get the feeling she could be in any language – and that enough normally should elevate the usual trappings of Welsh drama of this sort to heavy-handedness in both the visuals and script. But unfortunately, the role of saviour is beyond even she. Too much of the opener of Y Golau is clumpy exposition trimmed with the usual clichés and thumping metaphors. Good cast, but otherwise, sadly, we’ve seen this all before.

Scanlan plays the mother of a girl presumed murdered twenty years before (the body was never found). The girl’s boyfriend was convicted, he has never been able to say what happened or where the body is, but as is made very clear, he does not deny having done it. Played by Iwan Rheon, he is soon to be released. At this early stage of the story, Rheon’s character, Joe, is little more than a collection slow blinks, frequently intercut with slow motion frames when his slow blinking is rendered so slow you’d be forgiven for thinking Rheon is slipping from this mortal coil. So far, it’s a waste of good actor.

When Scanlan is on screen, you’re sort of waiting for the tragic humour she is so expert ay injecting into grave set-ups, but she never really gets to do that. Her daughter, Greta, played by Annes Elwy, could very well steal the show. She has the best lines. She undoubtedly has a greater role to play in the plot as the inevitable twists and turns unravel in future episodes. More of her, anyway, would be good. Rheon himself, a compelling presence in most of what he does, but most memorably as megalomaniac psychopath Ramsey Bolton in Game of Thrones, lacks any real presence here, (but that may be to do with being stuck in slow motion for most of it). But perhaps the greatest conundrum is the underuse of what would normally be the main character, Alexandra Roach as Cat, a journalist and childhood friend of the missing-presumed dead Ela, who spends most of the first episode ummming and arrrrring over whether or not to go back to her hometown and write up an article on the case for her dishy editor who she is very clearly shagging. (“I need you to know I’m not giving you this commission because we’re sleeping together,” the editor says to her – or words to that effect – before the confirming leg over ensues. Well, that’s good to clarify, although it may still be the reason you both get fired from the website you’re working for).

Roach is very fine actor, she has the chops for solid drama and is an excellent comedian, but she is frequently underused. (Even when she gets into her stride in something like Killing Eve, she only goes and gets herself kicked into the path of an oncoming train). Y Golau should be a vehicle for her, but so far, her character feels half-drawn. But, then, all of the actors have little to go on. Clichés of the genre are used with a boldness that by the end of the first hour I was actually beginning to admire. Scanlan scrubbing the cupboards of grief (not a euphemism), Roach going on the trusted jog of decision-making, the hidden diary, the lens-flare flashback; it’s all here, almost taunting the viewer to start up a bingo card.

But there is light. If the first episode is slow, it must mean that what follows will be pacier. If the first episode spends too much time setting things up, then in the following episodes surely we can get on with it. And I live in hope that these fine actors will be given something more to do than drift through the (slow) motions.