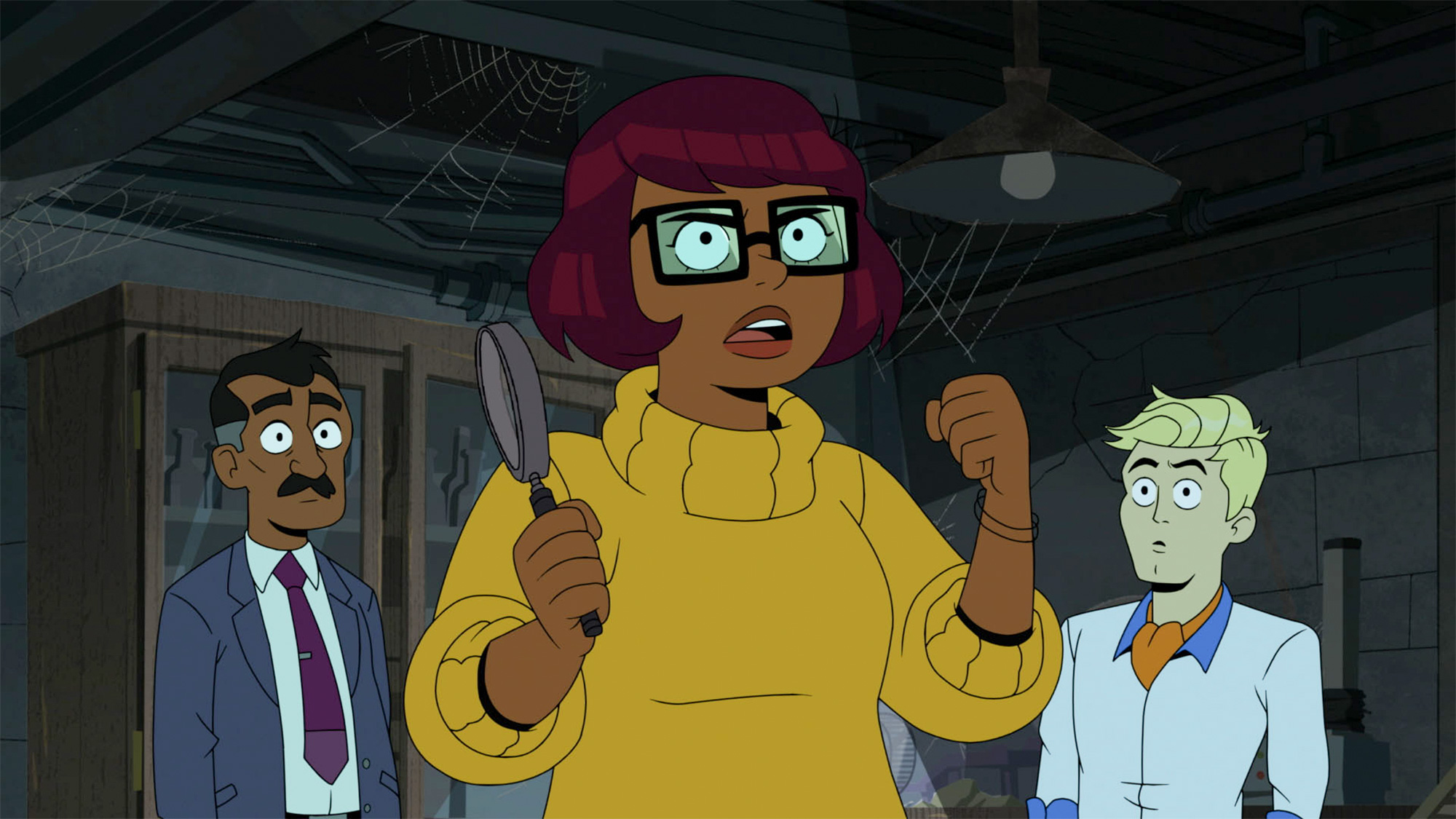 If the rule for covers of widely cherished songs — make it your own, or leave it alone — holds for adaptations of beloved television shows, then in one respect, HBO Max’s “Velma” is a towering success. To be fair, this thoroughly modern reimagining of “Scooby-Doo” maintains the load-bearing beams of the over 50-year-old cartoon’s lore. It’s still set in Crystal Cove, a coastal enclave known for its gem deposits, teenage busybodies and, depending on whom you ask, an overpopulation of either ghosts or fallen magnates with a passion for cosplay.

Beyond that, “Velma” is irreverent to a fault. Starring Mindy Kaling, and developed by her longtime collaborator Charlie Grandy, “Velma” treats most of the “Scooby” canon as suggestions whispered too low to be heard. The most obvious detour is the absence of the iconic talking dog, as “Velma” is a prequel set well before the events of the seminal “Scooby-Doo, Where Are You!” As the title suggests, it’s an origin story for Velma Dinkley (Kaling), who will go on to become the bookish, dowdy and aggressively queer-coded member of Scooby’s ghost-hunting coterie.

In Grandy’s treatment, Velma lives with her attorney father Aman (Russell Peters) and his persnickety girlfriend Sophie (Melissa Fumero). She’s already navigating a complicated love rhombus with future colleagues Fred (Glen Howerton), Daphne (Constance Wu), and a not-yet-shaggy Norville Rogers (Sam Richardson). But Velma’s most complicated relationship is with her mother Diya (Sarayu Blue), who disappeared suspiciously. Velma now only sees her in immobilizing hallucinations in which a vengeful ghost blames Velma – and her passion for solving mysteries – for Diya’s disappearance. But a mystery solver is exactly what Crystal Cove needs, what with a serial killer stealing the brains of the high school’s “hottest girls.”

Much will be made of the demographic swaps, as “Velma” is indeed a “Scooby-Doo” that looks like America. Velma is Indian American, Norville is Black, and Daphne appears to be of Asian descent, though she’s the adopted daughter of married lesbian detectives Donna and Linda (Jane Lynch and Wanda Sykes). Only Fred retains his identity as the boy next door in the all-white neighborhood, and much is made of his privilege throughout the series. Much like Disney+’s “She-Hulk: Attorney at Law,” “Velma” seems specifically designed to be labeled a childhood-ruining travesty by the Extremely Online.

But the racial overhaul of the characters is not the most striking thing about “Velma.” Kaling has spoken in interviews about how the race of the characters isn’t essential to them in any other “Scooby” riff, so why not? And she’s absolutely right, but “Velma” consists of too much “Why not?” and too little “Why?” Take for example the other big swing in the show, the centering of Velma’s queer identity. From its opening seconds, “Velma” presumes the audience is dying to know about Velma’s sexuality. Granted, Velma’s still-forming adolescent queer identity is an important story, treated here with thoughtfulness and sweetness rarely seen on television, joining “Heartstopper” in what would ideally become a trend.

The problem, however, is that this isn’t the first queer Velma in the Scooby Cinematic Universe. Velma was bisexual in “Scooby-Doo! Mystery Incorporated,” which was also modeled on a dark, sexy teen drama and foregrounded the gang’s romantic entanglements. That show sadly lasted only two seasons, so many viewers will be seeing these characters in such a hormonal and violent environment for the first time. But it’s been done before, and much better, using unique takes on the gang that maintained their essence, so “Velma” is never as groundbreaking as it seems to think it is.

More than that, these characters are just really unpleasant to spend time with, and it starts at the top with Velma, whose selfish and misanthropic tendencies aren’t diluted by her moments of vulnerability. Daphne isn’t much better, and she gets one of the show’s many absurdly convoluted backstories that suffer from being neither brisk nor interesting. Fred, meanwhile, is a mega-wealthy dunce who comes across as too helpless and hapless to grow into the ghostbusting leading man he’s supposed to become. (This Fred could get lost inside a hula hoop, so engineering elaborate tiger traps is pretty much out of the question.) Norville is a joy, but a teetotaller deeply opposed to recreational drugs, confirming that Scooby was probably his pot dealer.

Norville as a drug-free square is what passes for meta-humor in “Velma,” which goes out of its way to deconstruct or lampoon every aspect of the source material. Velma’s famous catchphrase — “Jinkies!” — is contextualized as part of one of the overworked plot lines, and another character accuses her of trying to coin a catchphrase. As a joke, it kind of works. As a reference to “Scooby-Doo,” it adds nothing. That applies to all the dialogue, which doesn’t change at all from character to character, each of them firing off pop culture references like a tommy gun. Far too many of the referential jokes are about romantic comedy tropes and could be plucked as-is out of “Velma” and dropped into “The Mindy Project,” another Kaling-Grandy collaboration.

Many of those jokes are genuinely funny, which is unsurprising coming from seasoned comedy writers. But the jokes could belong to just about any contemporary sitcom, so what exactly makes “Scooby-Doo” the ideal canvas for this vision as opposed to any other property? That never becomes clear in the eight episodes of “Velma” screened for critics, which are absent even a wisp of genuine reverence for the source material. It’s the halfway point between “Daria” and one of the many post-”Scream” meta-horror movies that misunderstood what people liked about “Scream” and that could be a great show if beloved characters weren’t shoehorned into it. The biggest mystery of “Velma” is why it needs to exist.