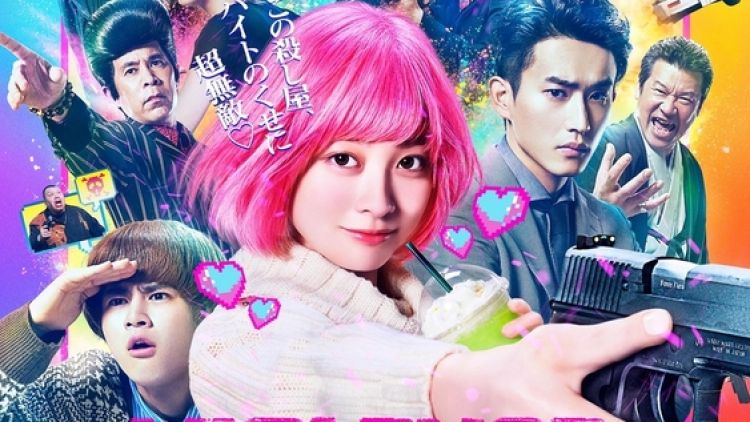 Netflix announced on Wednesday that it will stream the live-action film adaptation of author Shin Sawada and artist Renji Asai’s The Violence Action manga in the United States on November 18.

Other cast members include:

Comedian Cookie! as a large man who goes wild inside a ramen shop
Kenta Izuka as Kura, Terano’s partner
Yumena Yanai as Rikka, Kei’s classmate
Comedian Daiki Hyōdō as Kunitsu, a man gunning for the top seat of the Tenmagumi
The film opened on August 19.

The manga’s story centers on Kei Kikuno, an assassin who seems to be an easygoing and cute girl next door but is actually a top hitgirl. Kei skillfully handles jobs with her gun expertise and physical prowess.

Tōichirō Rutō is directing the film, and is co-writing the script alongside Itaru Era. Alexandros performs the film’s theme song “Crush.”

The series launched on Shogakukan’s online magazine Yawaraka Spirits in April 2016. The manga went on hiatus from March 2018 to June 2019 due to a creator’s poor health. The series ranked on the top 20 list of manga for male readers in the 2018 edition of Takarajimasha’s Kono Manga ga Sugoi! (This Manga Is Amazing!) guidebook.

Asai drew a manga adaptation of Mamoru Hosoda’s The Boy and The Beast anime film, and Yen Press released the series in English in North America.

Daisuke Muroi is Sawada’s real name, and he drew the Reiri manga with author Hitoshi Iwaaki (Historie, Parasyte) from December 2015 to December 2018.