The Stranger 2022 Movie Review And Trailer 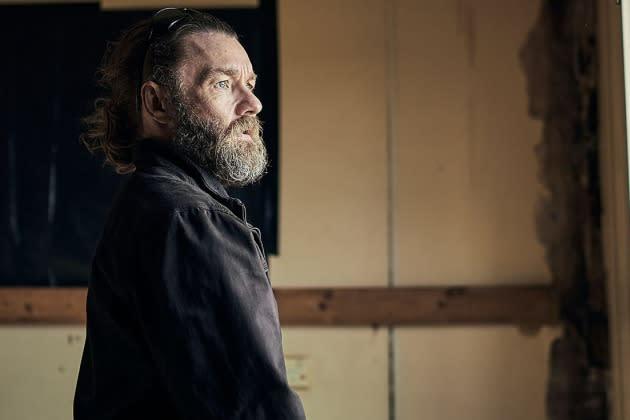 Few are as adept as David Lynch, the American maestro of the malicious subliminal, in inserting seemingly innocuous pop songs into movies in ways that somehow burrow under our skin and start eating our soul from within. It’s fair to say that Roy Orbison did not intend the line, ‘In dreams I walk with you,’ to be quite so creepy as it is when deployed in Lynch’s unsettling 1989 nightmare Blue Velvet, its plot sparked by a severed ear, no less.

But we have an Australian contender in the shape of Acute Misfortune filmmaker Thomas M Wright. His sophomore feature The Stranger, which scooped an Un Certain Regard nomination when it bowed at the Cannes Film Festival earlier this year and now enjoys a limited release in Australian cinemas before going global on Netflix on 19 October, deploys a pitch-perfect example.

Fellow Australian director Joel Edgerton plays Mark, a man who wears two faces: an undercover cop and a single father with another name. He is buried deep in the murky waters of an intense act of subterfuge, assuming the identity of a dodgy dealer to win the trust of a terrifying man he suspects is guilty of murdering a child.

That man, also going by a false name (Henry), is played with a jittering intensity by Edgerton’s co-star from The Green Knight and The King, Sean Harris. Mark dangles the enticing promise of oblivion: a total disappearance for Henry, no questions asked, and another new name assumed, if only he’ll carry out one final dubious job. ‘I don’t do violence,’ Henry professes, but we know in our bones that this is yet another untruth.

The cop knows what he’s after – a confession – and will stop at almost nothing to get it. The killer must trust him implicitly, and that requires painstakingly building a relationship built on a lie that could, at any moment, be uncovered. The sheer tension of this double life may yet break Mark, his sleep filled with skittering nightmares that seep into his waking fear while attempting to carry out a normal life with his young boy (played by Wright’s real-life son).

This inexorable dance leads to that gloriously Lynchian moment, when Henry invites Mark into his home while the ‘Missus is out of town’.

It’s an electric moment of cinema that’s followed, shortly thereafter, by an even more disturbing pass between the men that plays out in a car immediately following a traumatic crash – a pass that suggests another dark David of American cinema, Cronenberg.

But Wright is a filmmaker with an arresting vision all of his own. As proven by his stellar feature debut Acute Misfortune, which picked at the knotty mess that was Sydney Morning Herald cub reporter Erik Jensen’s real-life entanglement with the controversial artist Adam Cullen. The Stranger, too, draws on grim truths, very loosely based around the sweeping police pursuit that followed the shocking abduction and murder of the Australian boy Daniel Morcombe.

While the film does not depict this monstrous act, nor fictionalise the heartache of his family, realising the shadow of its aftermath via the manhunt that followed was enough to provoke questions over whether the film had a right to exist, so soon after the debate stirred up by Justin Kurzel’s thematically similar film Nitram.

We will all have an opinion on whether fictionalising real human misfortune is fair game. Unlike the grim parade that is Andrew Dominik’s Marilyn Monroe ‘biopic’ Blonde, Wright at least has something more to say with The Stranger. Of double lives and lines crossed, of what it takes to catch a monster and keep that darkness from your door. There are unguarded moments of tenderness, too, as Mark tends to his son and teaches him how best to breathe.

This sound of air consumed and released overlays the opening credits as we rush over acres of shadowed forest. There is always the feeling of a trapped animal eyeing any escape route, amplified by the profoundly unsettling sonic shifts of Andy Wright’s sound design which messes with time and place, setting the teeth on edge.

This unbalancing combination ensures that we can never quite find our footing. A waking nightmare that holds the heart of life in its hand as something worth fighting for, even after all is lost, The Stranger proves once again that Wright knows all the right moves.