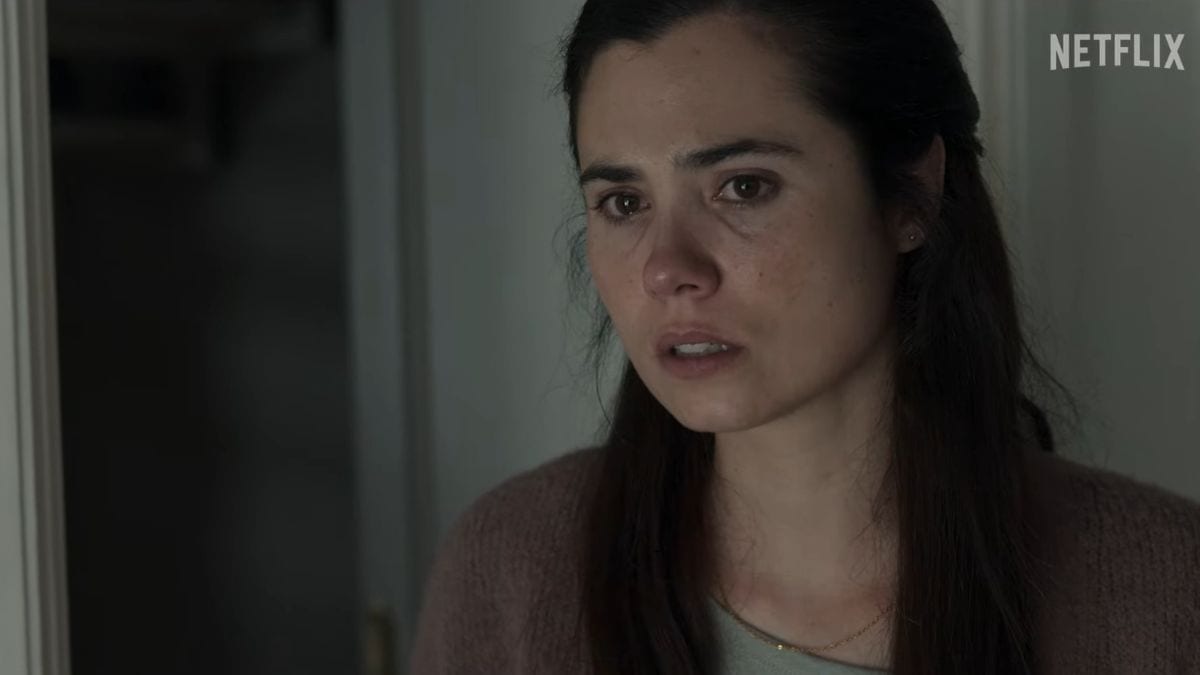 The snow girl takes us to Malaga, to the famous parade on the day of the Three Kings, a moment in which the crowd gathers in the street and in which the tragedy hangs over a married couple who lose their daughter, the little Amaya in a moment of carelessness that marks a before and after in their lives. From that moment on, Inspector Millán leads an investigation that soon comes to a standstill as she has no clues to go by. It will be Miren, a trainee journalist at the newspaper Sur, who, with the help of her teacher Eduardo de Ella, unravels what has happened to Amaya thanks to her tenacity and her involvement with the people she interviews.

The case will turn upside down when, years after the girl’s disappearance, they receive a videotape in which a young woman is seen in a room. Is it proof of life? Are they looking to blackmail their parents? Is it really about Amaya? They both cling to the hope of getting their daughter back while Miren wrestles with her ghosts of hers. Developing in different temporal planes, the series takes us through the land of nightmares to discover the B side of society: the ins and outs of child exploitation networks, human trafficking and the holes through which the most disturbing people escape. and harmful. Finding similarities with real and documented cases is not difficult, which makes your hair stand on end.

The story of The Snow Girl is indeed quite powerful: a little girl disappears in the middle of the Three Kings Parade without a trace. Here is the first problem: I understand that Netflix and those responsible for the adaptation have wanted to cover the original novel, set in New York during the Thanksgiving parade, and transfer it to our traditional Three Kings Parade. On the one hand, I don’t understand why it opens on January 27 and not at Christmas. And on the other hand, part of what made the original book great remains along the way. Fortunately, the mystery is well executed, and a large part of the original story is embodied in the script written by Jesús Mesas Silva and Javier Andrés Roig.

But unfortunately, a protagonist as interesting as Miren, the intern for the Sur newspaper in Malaga, is blurred by an overacting, excessive, tiresome Milena Smit. On a few occasions, it is so evident that the character eats the interpreter because Milena Smith is a great actress as she already demonstrated last year in Parallel Mothers. But Miren’s traumas are too big for her. Loreto Mauleón, on the contrary, eats up the screen with each glance, each gesture, each tear. Her character is the ‘easiest’ if she can be called that: a mother was broken by the disappearance of her daughter. The rest? Well, José Coronado plays José Coronado, but in journalist mode. Cecilia Freire at times seems more like a caricature than an interpretation. And the rest… No big fanfare.

As it develops in the long term, it also delves into the pain of parents who never manage to turn the page and who live anchored in a pain similar to that of victims of sexual abuse who cannot identify their aggressors. The series draws many points in common between both misfortunes, which gives a personal implication to the character of Miren so as not to throw in the towel. The Snow Girl has good production values: more than decent photography, good performances, and a mystery that delves into family pain. The stamp of Javier Castillo’s stories is noticeable. Although he has not directly intervened in the writing of the scripts, he has had the opportunity to supervise them and provide his point of view.

However, the miniseries tends to wind up a bit too much on itself, with some repetitive moments and red herrings that we know won’t go anywhere simply because they’re out there too soon. He repeats the same strategy on several occasions, playing distraction in a somewhat clumsy way. It also has pacing problems: it rushes into the fifth episode revealing practically all the relevant information for the case and discovering the core of what happened. This leaves a certain sensation of anticlimax in the denouement in which a new end to be pulled is pointed out. Does this mean there will be a second season? Wasn’t it a closed miniseries?

The most striking thing about The Snow Girl is that the series is entertaining, and you never get tired of watching it, but as the chapters go by, you realize that the television adaptation of a good novel is not as innovative as some would have you believe. The script twists are seen from afar, while some dialogues are very forced. In addition, several subplots only seek to entertain you and divert your attention until you return to the starting point. That is why I consider that the script for The Snow Girl is the big problem of the series: a conventional script, which is in a great hurry to reach the denouement.

The real problem is that the insistence on this topic here feels like an excuse to fill in a main mystery that sometimes seems to be left over from other messages about pedophilia, rape, and the poor conditions the Malaga police seem to have, even though the scriptwriters still portray them as an arrogant bunch who can’t figure anything out. The fact that this hodgepodge, in conjunction with Miren’s struggle against her trauma and the perpetrators of all possible gender violence, constitutes the most intriguing portion of the story is precisely what does not speak very well in its favor—or that of marketing itself. Even though the subplot focuses primarily on making erroneous decisions regarding the main conflict’s resolution, it nevertheless provides the morbidity that ultimately entices the viewer.

Of course, the characters played by Milena Smit and Jose Coronado well deserve a second round to continue exploring the clue that comes into their hands at the last moment, but at the moment we have no more information. National police series are enjoying a glorious moment thanks to literary adaptations like this one: engaging, well directed and with good performances. The interpretations, the photography and the setting. It is a well-articulated and very exportable thriller.