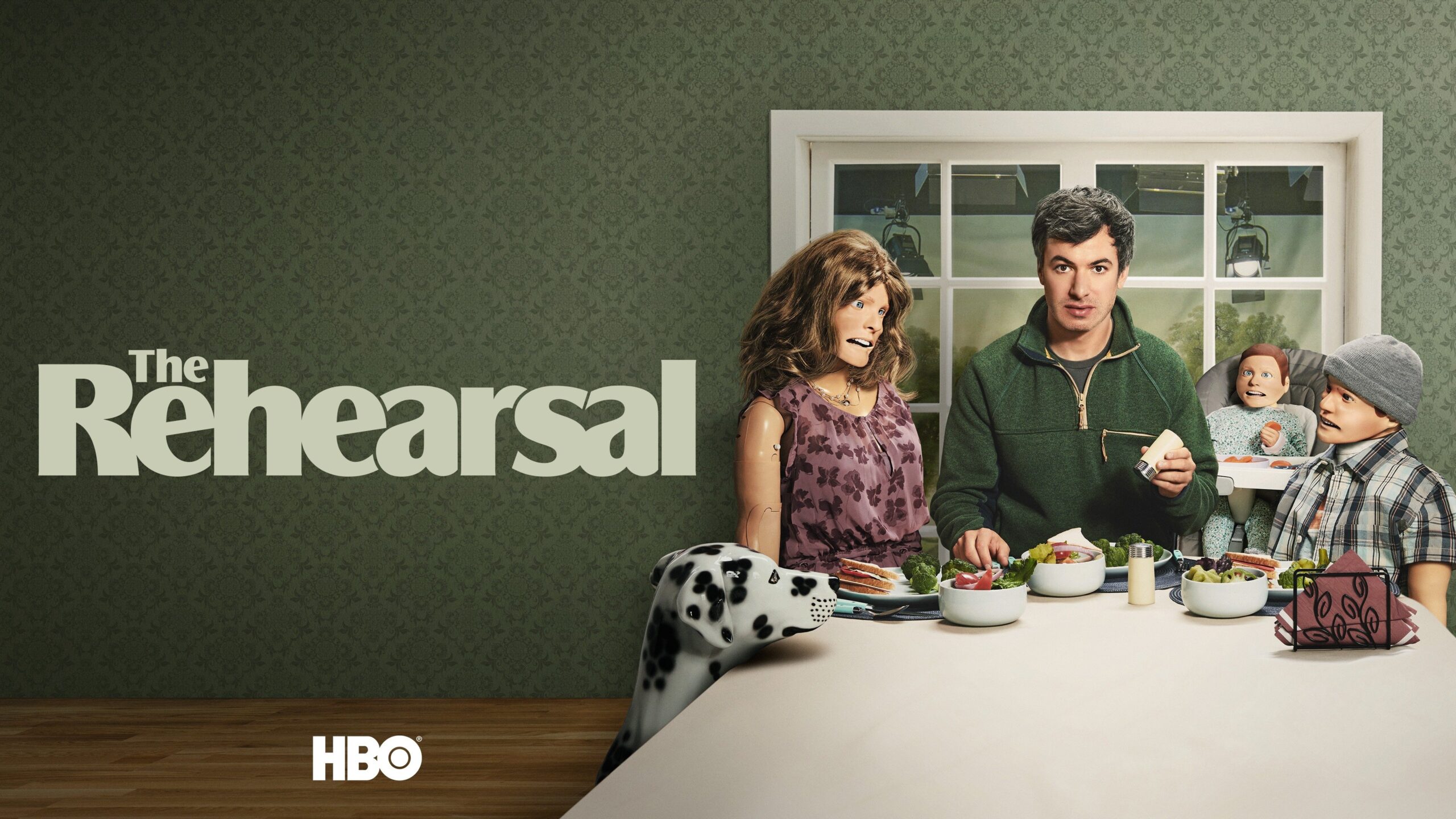 Nathan Fielder in his latest HBO show turns the world (rural Oregon to be specific) into a stage and all men into mere players (yes, this includes you). Going into the show, we know that The Rehearsal is a six-episode HBO show created and directed by Fielder of Nathan for You fame. Once we finish all the six episodes, this is still the only thing we are going to be sure of.

The show which positions itself as a reality TV show documents Nathan trying to get everyday people to rehearse certain aspects or events of their life under controlled circumstances. The Canadian comic believes that this would leave the participants well versed to deal with reality.

Rehearsals usually include creating elaborate installations; in one episode, the crew recreates winter (yes, the season of snow). The participants work with actors in the confines of these installations, and the rehearsals stretch according to the demands of the situation that needs to be rehearsed with some even lasting round-the-clock for a whole five weeks. Nathan attempts to simulate every possible outcome of the said situation; he does not let even non-verbal cues (that are sometimes ignored in real life) slip his sight.

While it might feel overwhelming to someone who is not familiar with the Canadian comic’s work, the first episode of the show does a really good job of familiarising the audience with the format. The episode starts off with Nathan visiting Kor, a trivia aficionado who wants to rehearse a confession he is about to make to his trivia friend. Kor explains that he had been lying about having a Master’s degree to them and hopes to come clean. However, he is worried that one friend, Trisha, is not going to take the news well.

While planning Kor’s rehearsal, it is revealed that Nathan rehearsed his first ever meeting with Kor as he admits that he is socially awkward and a rehearsal felt like a safety net.

Rehearsals in the second episode are larger than life. A round-the-clock simulation of parenthood is created for 44-year-old Angela, a devout Christian who plans to adopt a child with a partner in the future. She is the poster child of the conservative American who believes that Google is run by Satan, takes aromatherapy seriously and probably votes Republican.

She soon finds a date (who crashed his Scion at 100mph) to take part in the rehearsal of raising their kid. Child actors are hired to play the kid and a robot baby that mimics the sleep patterns of a real baby replaces the actors at night as Oregon’s labour laws prevent child actors from working at night. The date soon loses sleep over the robot baby’s cries and quits the rehearsal; Nathan, like the gentleman he wants us to think he is, steps into the shoes of the Scion-crasher to make sure he gives Angela the whole experience.

Their child, Adam, is made to age three years every week until he turns 18. They adapt to their new life in rural Oregon quite well and the rehearsal starts off smooth. Nathan, also the director of the show, while managing his own rehearsal, goes on to engineer rehearsals for people in need and on occasion lets Adam tag along. Soon enough, he is thrust into a rabbit hole of rehearsals as nothing he does seems to bring him close to really understanding the participants and evoking a genuine reaction out of them.

The number of rehearsals gets so out of hand that he comes up with a fake acting school in Los Angeles to train actors in ‘The Fielder Method’ to help him. As a part of this acting method, actors are expected to shadow (stalk) their subjects to prepare to eventually play them. Every situation he creates for himself pushes him only to engineer more rehearsals making the show into a Russian Doll (the toy not the show) of rehearsals. His rehearsals intersect with each other and in the process, Nathan loses the plot — he ends up not contributing enough to his own rehearsal which makes him put an end to all the rehearsals to focus only on the one he has going with Angela and Adam. However, Angela soon quits the show as she realises that the rehearsal has only become all about catering to Nathan’s needs.

In the season finale, Nathan’s actions catch up to him when one of the child actors, Remy, who does not live with a father refuses to leave the set and change out of his wardrobe as he believes that he has genuinely grown to love Nathan as a dad. Nathan also admits that he is unable to recreate the bond they shared with any other child actor despite trying. However, Nathan still fails to realise the error in his ways and sets up another rehearsal with a child actor who looks like Remy to understand where Remy is coming from.

Despite all the roadblocks and hurdles he still seems to believe that rehearsing is the best way to approach his issues and remains committed to his method despite creating many casualties in the process. This earnestness and commitment of his to the process makes the show stand out.

The show is a stellar satire of reality television. The power of the camera — something that almost functions as a digital panopticon is highlighted — a concept that finds mention in his previous work. In fact, the groundwork for The Rehearsal can be traced back to the series finale of Nathan for You where Nathan asks a participant to rehearse a situation to be better prepared.

In December 2021, The New York Times highlighted a quiet revolution in comedy that is being ushered in by the likes of Sasha Baron Cohen and John Wilson — comedy that captures the awkward behavioural quirks that we are most often than not trying to hide, the “real”. The Rehearsal puts Nathan at the forefront of this revolution.

The awkwardness of the human existence which is often gotten rid of in the post-production of most reality shows is let to linger on the screen thanks to the editing of the show. However, one question that gives brevity to this satirical attempt is whether the people in the show are playing themselves or acting out a well-rehearsed script. The NDAs signed by the participants let very little slip through keeping intact the mystery.

All the six episodes do a spectacular job at laying bare the emotional insecurities and anxieties that crawl under our skin, making us realise that the show ultimately is full of heart; it will leave you a little more in love with and forgiving of people in general.