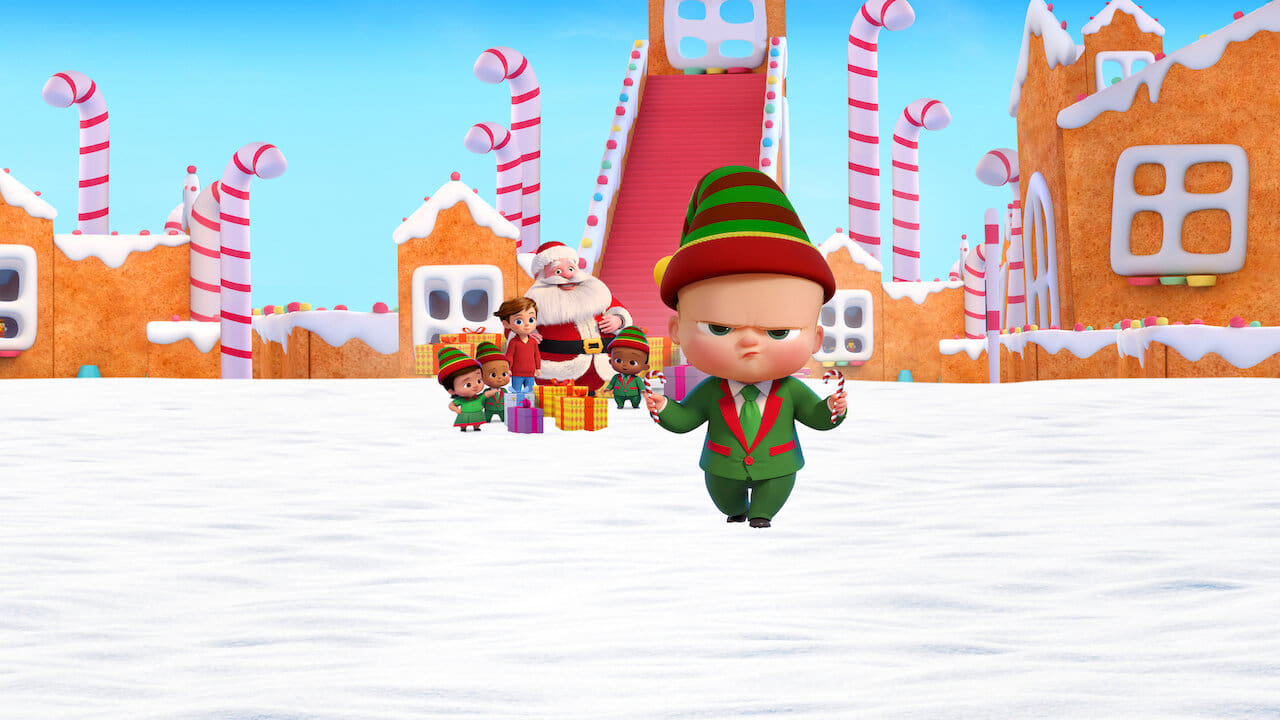 The Boss Baby: Christmas Bonus is a family animation movie helmed by Marla Frazee. The movie stars Jodi Benson, George Lopez, and Kevin Michael Richardson in the lead roles, along with Pierce Gagnon, Alex Cazares, Ray Chase, and many others in supporting roles.

Like a family animation movie, The Boss Baby: Christmas Bonus portrays the storyline of the Boss Baby unknowingly switching venues with a few of Santa’s elves on Xmas Eve and ending up trapped, giving the festival a surprise ending. The film was produced by Matt Engstrom & Brandon Sawyer and distributed by Netflix.

Boss Baby is back for the holidays with DreamWorks Animation’s The Boss Baby Christmas Bonus coming to Netflix December 6. The 3DCG animated holiday special features guest star George Lopez as Santa, along with series regulars JP Karliak and Pierce Gagnon. Check out the trailer below!

In the animated special, it’s Boss Baby’s first Christmas, and though Tim wants to introduce him to all the holiday trappings and Templeton traditions, Boss Baby wants nothing to do with it. So, in a last-ditch effort to get Boss in the spirit, Tim takes him to the mall on Christmas Eve to meet Santa, but unfortunately, his plan backfires when Boss Baby gets mistaken for an elf and is accidentally sent to the North Pole.