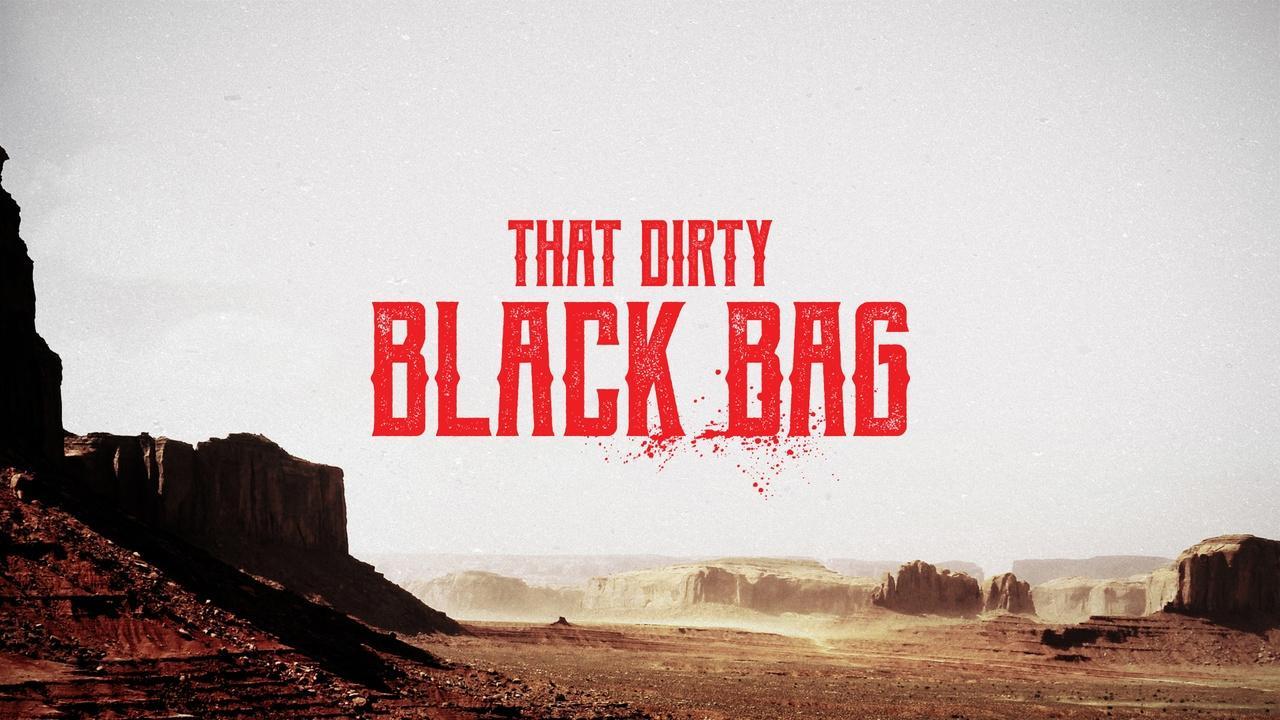 Trapping a fly in a gun barrel? It’s a neat trick and not a bad way to open an eight-episode western. It establishes the dexterity of the gunman, as well as his patience. The buzz of the frantic insect rubs the silence raw. And it’s also a mischievous reference to that Sergio Leone classic “Once Upon a Time in the West,” in which an outlaw (Jack Elam) sends his own captive pest aloft just before another gunman (Charles Bronson) sends the outlaw to eternity.

A sequence very much the same occurs at the opening of “That Dirty Black Bag,” a very deliberate homage to/reboot of the “spaghetti westerns” of Leone (“A Fistful of Dollars,” “For a Few Dollars More,” etc.) though series creator Mauro Aragoni has to raise the ante to attain the same kind of shock value of the ’60s films. To wit, the black bag of the title is full of severed heads. As the title of episode 1 puts it, “A Head Weighs Less Than a Body”: As bounty hunter Red Bill (Douglas Booth) would argue—as he roams the parched, Leone-ish landscape collecting parts of wanted men—it’s just business. And freightage.

In reality—the wryly nihilistic reality created by Mr. Aragoni and company—every character is being pursued by one demon or another around not-so-verdant Greenvale, where it hasn’t rained in five years and the gold on which the town was built has run out. Or has it? The wealthy land-grabber Thompson (Paterson Joseph) is convinced there’s a rich vein lying beneath the surrounding farmland, which he’s buying up from everyone but Steve (Christian Cooke), who claims that God has told him to stay put, cultivating his dust-dry acreage while awaiting further divine instructions. Steve is also in a sinful situation with Eve (Niv Sultan of “Tehran”), who runs the local brothel—and the town, in cahoots with the deliciously corrupted Sheriff McCoy (Dominic Cooper).

In pursuit of its spaghetti mission, “That Dirty Black Bag” maintains a noirish allegiance to moral ambiguity, uses wide open spaces the way those old Italian westerns did (the series was filmed in Italy, Spain and Morocco), and the violence can be unnervingly abrupt, though the gruesomeness is largely in the aftermath or preamble to whatever horror is being committed. Red Bill, having run afoul of McCoy, steals his horse and winds up being drugged and tortured by Butler (the terrific Irish actor Aidan Gillen), a lunatic who has taken the rituals of the Eucharist in cannibalistic directions. Butler has also arranged his collection of skulls and bones into what looks like the Eye of Providence, though whether Masons are part of this story remains to be seen. (Only three episodes were available for review.) Red Bill is as handy with a hatchet as he is with a pistol. The pride of Eve’s stable, Symone (Rose Williams), is brutalized in a sequence that recalls the opening of Clint Eastwood’s “Unforgiven.”

Mr. Eastwood, of course, is the most famous graduate of the spaghetti-western academy, but while Mr. Aragoni’s film references are many, his characters are novel. Mr. Cooper, playing McCoy both comical and menacing, seems inspired more by Eli Wallach than by the Man With No Name. Mr. Booth’s Red Bill is haunted by opaque memories of past violence that will no doubt become clear as the series plays out (Thursdays on AMC+), but they make him vulnerable. Ivan Shaw elevates McCoy’s deputy, Kurt, above and beyond the usual sidekick role and Ms. Sultan creates with Eve a moody, sexy cipher.

What ultimately makes “That Dirty Black Bag” both entertaining and intriguing isn’t its adherence to westerns past, but its own tweaks on the genre. Some of the weaponry is quite original—steampunkish sidearms that are connected to one’s bloodstream, for instance. And the acknowledgment of genuine frontier madness is refreshing. A lot of people were crazy to go west. A lot went crazy after they got there. There’s a mother lode of insanity in “That Dirty Black Bag.” For those who can tolerate the generally brutish tone, it’s a gold mine.