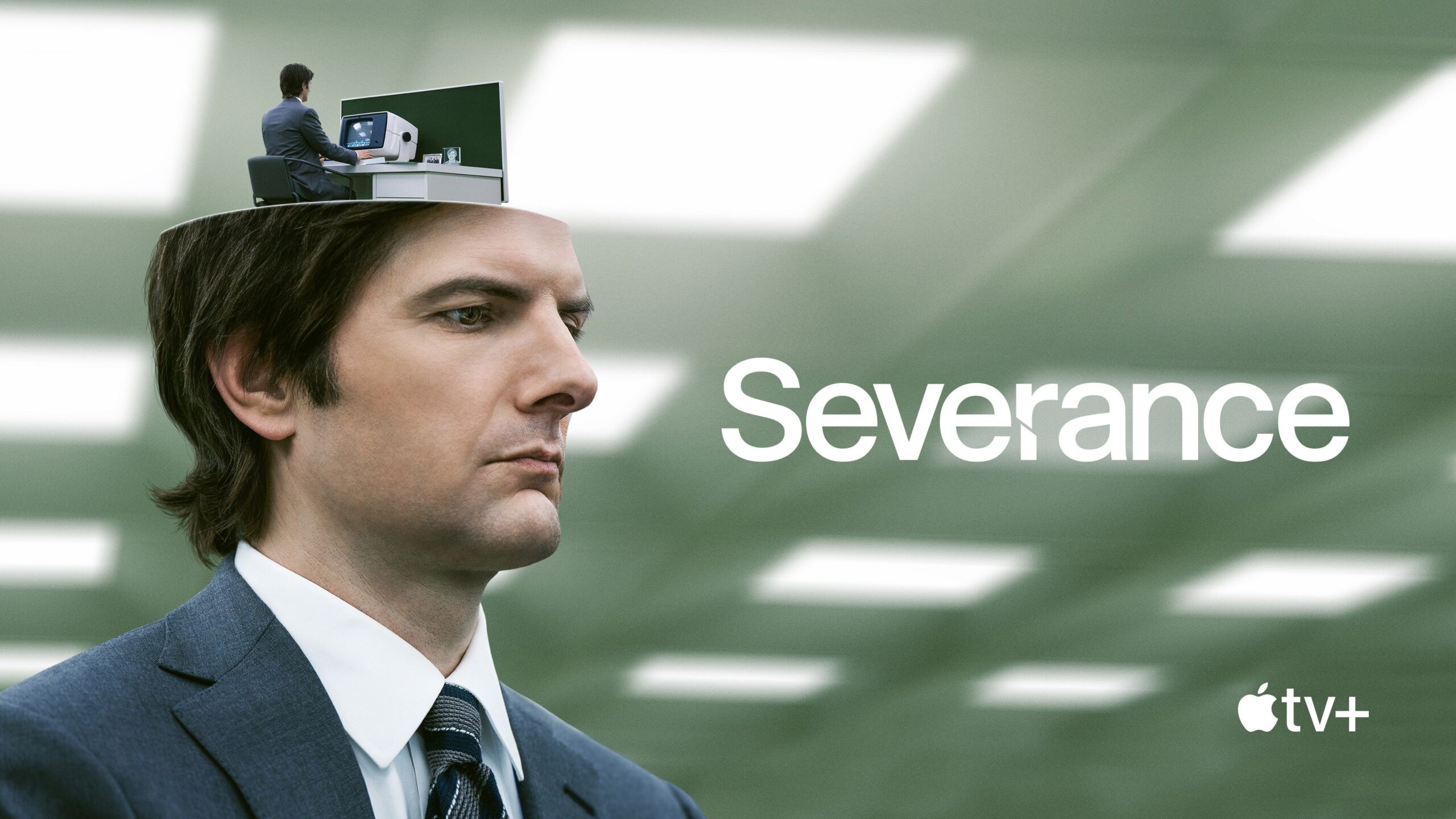 For something that reminds you by turns of Charlie Kaufman, Wes Anderson, Orwell and Kafka, plus Devs and Dollhouse and half a dozen other sci-fi series and workplace comedy-dramas, Severance (Apple TV+) is an impressively idiosyncratic thing, wholly itself and confident in its mission to make your mind implode.

This is ironic, given that the conceit of the show, directed by Ben Stiller, is essentially the bifurcating of brains. At Lumen Industries, data inputter Mark (Adam Scott, quiet inheritor of Tom Hanks’s everyman mantle) and his colleagues on “the severance floor” have all undergone a procedure that separates, absolutely, their work selves (“innies”) from their home selves (“outies”).

Their innies input data for eight hours a day, get into the elevator at the end of it and “transition” to outie mode on the way down to the lobby. One has no idea what the other does with its time and any anxieties or burdens carried in either mode do not bleed into the other. It is, supposedly, the work-life balance made flesh.

Except, of course, it is a little more complicated than that. Mark underwent the procedure after his wife’s death, to escape the pain of grief for at least half his waking life – although, as his pleasingly sardonic sister says, “I can’t help but feel this isn’t the same as healing”. Perhaps this is true for all of them – a deeply touching friendship between meticulous control freak Irving (John Turturro) and Burt (Christopher Walken) starts to develop in a way that suggests Irving might be hiding from something on the outside – but newcomer Helly (Britt Lower) seems to regret her choice. “Am I livestock?” is one of her first questions when she wakes up on the conference table with no memory. “Did you grow me for food?” Maybe her outie is more of an optimist, but I like to think some things endure between worlds.

Helly repeatedly tries to resign – or escape, which on the severance floor seem to be virtually synonymous – only to be thwarted at every turn. In the process, a lot of functional details are explained that might otherwise prey on viewers’ minds. I am not going to enumerate them here, but the thoughtfulness that has gone into building the premise and the careful working out of various points is indicative of the quality of Severance as a whole. As the series unfolds, it doesn’t just pose but considers, unhurriedly and intelligently, profound questions about what makes a self, the existence of free will, the appearance of choice and much, much else. If it weren’t so often so deeply funny at the same time, it would soon plunge you into a smooth-sided pit of existential despair from which you would never emerge.

It also, in the innie scenes, manages to skewer the lighter aspects of life under late western capitalism. Competitive colleague Dylan proudly accumulates pointless workplace prizes (a whole cupful of fingersnap toys, a drawerful of hand-drawn caricatures of himself) and is still eager for more. Group photos, bonding games and office parties are approached with the mandated joyfulness that secretly lies at the heart of them all in real life. And then there is the creeping malevolence of Lumen/the corporate US itself.

What the company actually does – precisely what data the protagonists are actually spending their days sorting into unnamed files – is unknown. But the signs are not good, given that they are presided over by the unbending, unsmiling – and unsevered – boss Harmony (Patricia Arquette) and her only-too-smiley and equally unsevered assistant, Mr Milchick (Tramell Tillman, turning in an hypnotic and utterly terrifying performance). They revere Lumen’s founder – a monument to whom dominates the building’s lobby.

That mystery is set to be unravelled when a man sits down in front of Mark and tells him he is his former colleague and best friend Petey (with no memory transferral between the two worlds, innies, of course, don’t recognise fellow innies when they are on the outside). He has undergone a supposedly impossible re-integration procedure, is on the run and has information on Lumen’s terrible purpose. This reassuringly traditional moment and instantly addictive narrative thread is another prophylactic against falling into the aforementioned pit of despair.

Severance looks beautiful and is directed with enormous sensitivity and style by Stiller. His quartet of oddball actors, Arquette (a frequent Stiller collaborator), Turturro, Walken and Tillman, elevate an already shining script and a story that is always a finely calibrated 12 to 15 degrees off kilter, while the everyman quality of Scott throws the whole into perfect relief. It might be slightly slow to get going, but thereafter becomes one to savour.