See How They Run 2022 Movie Review And Trailer 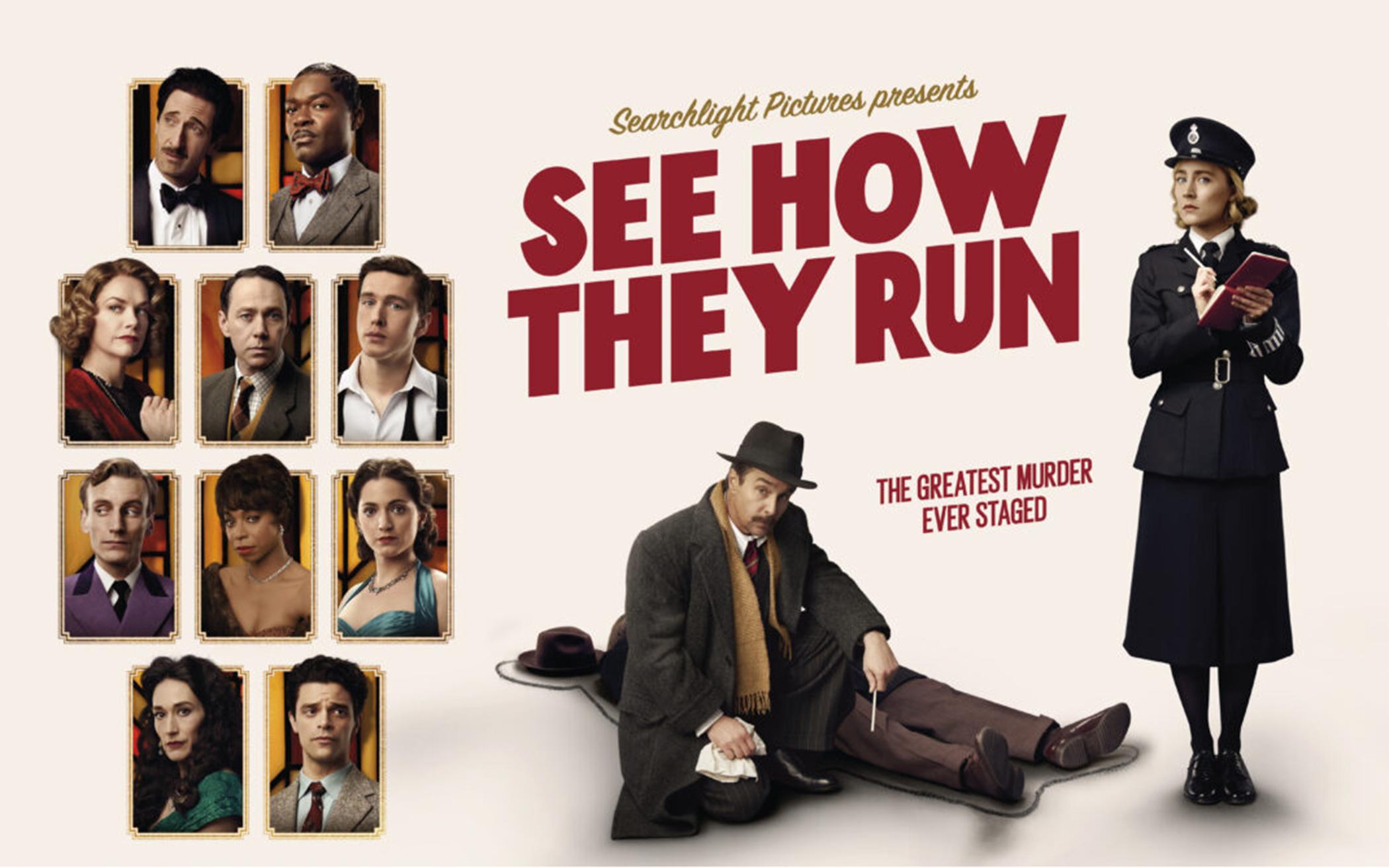 While watching Tom George’s See How They Run, two references came to mind (in addition to the obvious Agatha Christie ones): the oeuvre of Wes Anderson and Rian Johnson’s Knives Out. Although See How They Run isn’t as head-scratchingly quirky as Anderson’s films and lacks some of the panache of Johnson’s murder mystery, it’s doesn’t take much insight to make the connections. George, a television veteran making his feature debut, takes a fairly routine whodunnit? and livens it up not with narrative twists but a corkscrew helix of fourth wall-breaking, historical references, slapstick, and self-aware clichés. Hell, the movie is even narrated by the first murder victim, whose sarcasm remains intact post mortem.

Sometimes it’s possible to get a sense of a movie’s quality from the cast. Although not a foolproof means of determination, it works here. The leads are Sam Rockwell at his low-key best and Saoirse Ronan, who evinces more high-strung energy than the average three-year-old. They are paired as the investigators of a back stage homicide and show the necessary qualities for mismatched partners. They get all the best lines and deliver them with the perfect dose of irony (where appropriate). Supporting players include Adrien Brody (as the first victim, Hollywood director Leo Kopernick), David Oyelowo (as dictatorial screenwriter Mervyn Cocker-Norris, who believes few crimes to be greater than improvisation), Ruth Wilson, Harris Dickinson (as a fictionalized version of actor/director Richard “Dickie” Attenborough), and Shirley Henderson (as an even more fictionalized version of Agatha Christie).

Some of the characters here are based on real people, like Attenborough and John Woolf, and some are fictional, like Cocker-Norris and Spencer, and even Agatha Christie herself gets introduced as a character toward the end. That’s in addition to several new characters who are introduced at a party at Winterbrook House, which Christie made her home for many years, and so scenes start to feel pointlessly crowded.

The energy level in “See How They Run” is very low, and it feels as if the actors are afraid of interacting with each other. Rockwell underplays to such an extent that in some scenes he seems to be asleep behind his eyes, and Ronan seems to need some more encouragement to go a bit bigger with her character, which might have helped enliven the whole leaden enterprise. Ronan has a Redgrave-family-like romantic intensity, but a lot of her best scenes in “Lady Bird” were comic, and surely she could have been funny here if she had gotten some more support.

When Ronan’s Stalker quotes from the recently released “The African Queen,” she doesn’t bother to imitate Katharine Hepburn’s voice as she says, “Nature, Mr. Allnut, is what we are put in this world to rise above,” but when Stalker quotes a bit from the movie “Brighton Rock,” Ronan does an entertainingly accurate imitation of Attenborough’s voice, even though an audience is far more likely to be familiar with Hepburn than with Attenborough as an actor. This is the sort of bit that might have made for an effective running gag for Ronan, but it gets muffled through lack of focus or follow-through.

All these references begin to weigh down this movie, which also seeks to get laughs while paying tribute to mysteries while also, in turn, setting up its own mystery, one that reflects directly on Christie’s source material for “The Mousetrap.” That would be a very tall order to fulfill for any director and writer, but the overly ambitious George and Chappell are unable to animate even the most basic pleasures we might get from all these elements.