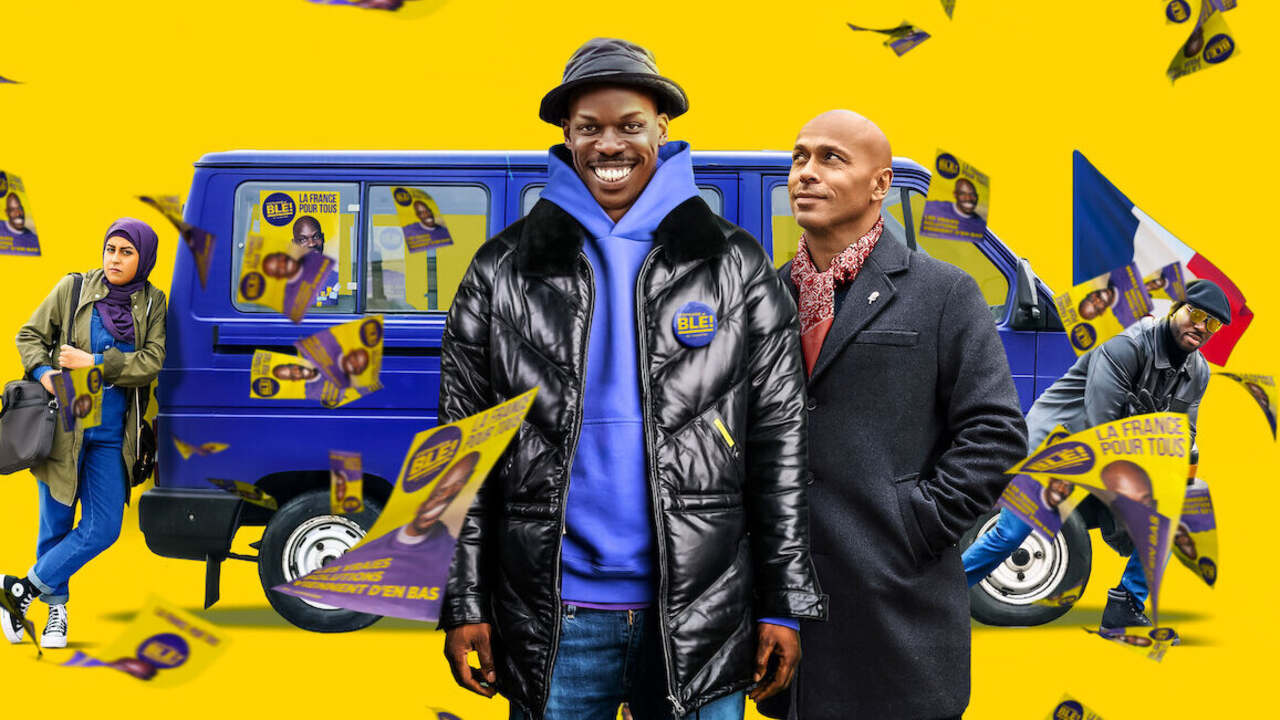 Represent is a French series that was released on Netflix in 2023. The series is created by Jean–Pascal Zadi and François Uzan. The series consists of 6 episodes, each episode having a run time of 34 to 26 minutes.

Represent delivers the story of Stéphane who gets viral because of his verbal joust with Éric Andréï who was a candidate for the presidential election. He comes into the limelight followed by certain events and with the encouragement of the people around him, he reluctantly agrees to run for the office. Being a black person, his partner believes that he might not be able to win especially when he is running for the election in France. The rest of the story is about a not-so-easy journey of Stéphane and whether he will be able to succeed in the election.

Stéphane’s character is quite simple and relatable in many areas. He wants to represent basic and normal people like him and his wife. But as a person of color, he has to go through a lot of difficulties to achieve success. The series has solely focused on this journey and nothing else. The series does not offer us several characters or any other entertaining elements. Stéphane and his journey are shown throughout and the space of other characters is nil throughout the 6 episodes.

With Stéphane increasing attention towards becoming a politician, we get to see his detachment towards the relationships he has. The character development Stéphane undergoes is sort of toward the negative side. from being an attentive partner, he goes to being someone who doesn’t have time for anything other than politics. The deteriorating relationship between him and Marion (Stéphane’s partner) suffers the most while Stéphane tries to become a politician. The series therefore also sort of shows the difficulties people in this field have to go through. It is not only them but also their families that get affected when someone tries to get into politics.

Stéphane faces a lot of problems from the side of Éric Andréï. Andréï tries to sabotage Stéphane’s campaign, but Stéphane somehow manages to push away the hurdles coming his way. The series tries to deliver a lot of political elements along with some light comedy. The comedy does not overpower the entire vibe of political sense in the series. Which sort of saves the series from destroying its main theme and motive. The storyline has a medium pace. It follows a simple story and has simple characters, which removes it from being a must-watch. We have seen shows along the same lines therefore ‘Represent’ doesn’t offer anything much different. But of course, black representation in France is a good concept that the show has tried to cover.

The titles of each episode are also quite interesting. Each title shows the different stages of the journey Stéphane has to go through. Till the last episode, the show is somewhat engaging. The last episode has two main things to focus on – one being Stéphane’s marriage and the other being the final results of his election. Therefore, the audience can expect exciting things even through the last episode.

Overall, ‘Represent’ is an average show. It can be watched and enjoyed but the audience will have to keep in mind that neither does it offer anything extraordinary or suspenseful nor does it have any entertaining or captivating factors. The show is easy to binge-watch since it has 6 compact episodes. Watch ‘Represent’ if you are someone who likes series related to politics and society with some light comedy elements.