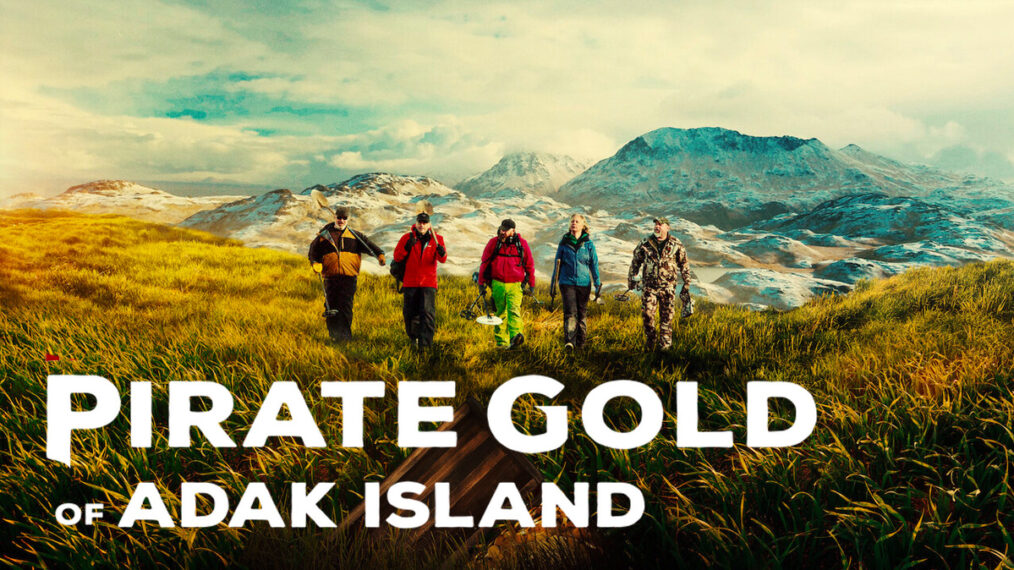 In the space of 5 minutes, Pirate Gold of Adak Island repeats the same information three times. We’re introduced to elevated boardwalks courtesy of a black and white picture. We’re then shown an animated sketch of said picture with accompanying narration. And finally a character within the show repeats the exact same information all over again. Just incase you weren’t paying attention 60 seconds earlier. This should tell you everything you need to know about this series and what audience this is shooting for.

For some people, sprawling out on the sofa with a mountain of food, scrolling through social media and glancing up at the TV every now and then will pass for entertainment. Pirate Gold of Adak Island feels designed specifically for those who watch TV this way. So if you’re looking for some background noise, Adak Island will be your jam.

The basic premise is actually quite interesting, and certainly enough to suck you in. However, if you’re actively watching this one the holes and logical flaws rear their ugly head halfway through episode 1 and continue to dominate until the big reveal at the end of episode 8.

Clearly learning from the success of shows like The Curse of Oak Island, Adak Island centers on an old pirate tale that stretches back to 1892. Back then, a pirate buried gold on Adak Island worth over $300 million. He died before he could return though, stashing said gold in tin cans across the landscape. His treasure is still out there, somewhere across the inhospitable terrain of this island.

Fast forward to the present and a bunch of treasure hunters arrive to unearth said gold and uncover the secrets of the island. Only, there’s a problem. They have absolutely no idea where the gold is. All they have to go on is a single black and white photo and some hunches, banking most of this on whatever else they find on the island. An island, I may add, that’s rigged with explosives.

The premise is alluring and of course, it’s perfect fodder for dramatic cliffhangers and moments of shock as our team head off in search of the treasure. As the episodes progress though, the journey turns into somewhat of a farce, with the group blowing up bombs, searching numerous different areas and becoming more and more outlandish in their attempts at justifying where their next dig site is.

Now, some of the fault here could lie with the editing which includes all the usual dramatic cues that we’ve seen in reality TV over the years. The big, dramatic cliffhangers, the overexplaining of simple information and the spikes of dramatic sound effects are all here.

Visually, the show is actually quite nice with animated cutaways and some gorgeous expository shots of the island. The music isn’t bad either, although as I said just now the dramatic cues and all the other reality TV shtick is so overdone by now that it borders on cliché. The script also leave a lot to be desired.

To Pirate Gold’s credit, the ending does at least give this one a conclusion, one way or the other. However much enjoyment you’ll get out of this lies in whether you’re the sort of person who can switch off and dip in and out of this one.

For those who will watch and logically pick apart what these guys are doing and wondering where their heads are at, you’re unlikely to find much in the way of TV gold here.