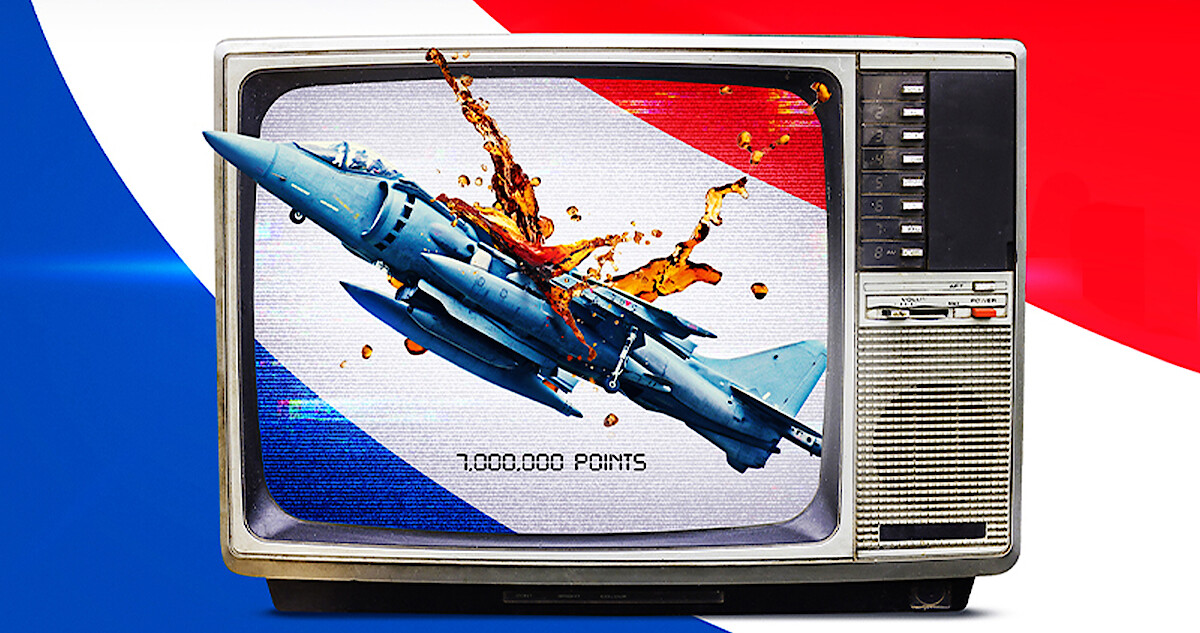 Because no media story of the ’90s is complete without a streaming documentary about it, a docuseries examining a court case over an infamous Pepsi commercial is heading to Netflix. Four-part docuseries “Pepsi, Where’s My Jet?” will (vertically, like a Harrier fighter) touch down onto the streamer November 17.

The series, which cheekily takes its name from stoner comedy “Dude, Where’s My Car?,” revolves around John Leonard, a college student who, in 1996, went on an ambitious quest to obtain 7 million “Pepsi Points,” a loyalty program that offered merchandise for customers who bought enough Pepsi cans. In a commercial for the program, Pepsi advertised that 7 million points (equivalent to about $4.3 million in Pepsi cases) could be redeemed for an AV-8 Harrier II jet.

The Coke competitor made it even easier via some fine print in the catalog that allowed one to buy Pepsi Points for just 10 cents apiece. In this case, 15 legitimate Pepsi Points plus a check for $700,000 could theoretically get you a $30 million-plus military aircraft. Boy, they blew the math on that one.

Although the advertisement was intended to be a joke, Leonard didn’t see it that way and enlisted the help of his friend, Todd Hoffman, to secure the necessary points. But when he sent in his request, PepsiCo. denied it, deeming it illegitimate. Leonard filed a lawsuit, and the situation became an ugly legal battle. Making matters even uglier, Michael Avenatti was one of the attorneys involved.

The series features interviews with Leonard and Hoffman and the Pepsi execs of the time involved with the lawsuit, along with reenactments from actors portraying a young Leonard and Hoffman. “Pepsi, Where’s My Jet?” is directed by Andrew Renzi, who previously helmed the Hulu docuseries “The Curse of Von Dutch,” about the eponymous early 2000s trucker hat brand. Renzi executive produces with Andrew Corkin, Nick Boak, Theo James, Andrew Fried, Jordan Wynn, Dane Lillegard, and Sarina Roma. The series is produced by Boardwalk Pictures, the studio responsible for popular Netflix docuseries like “Last Chance U,” “Cheer,” and “Chef’s Table.”