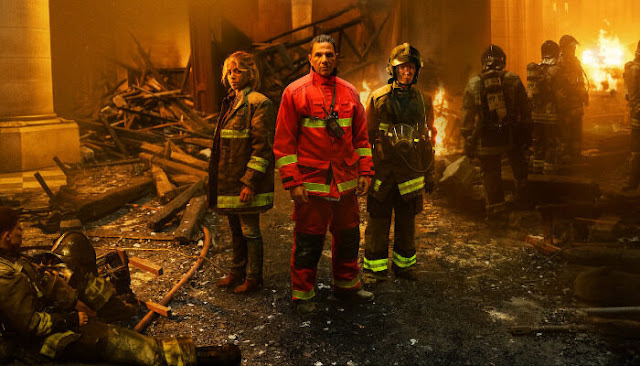 In April 2019, before the world could have imagined that just one year later, we would be in lockdown due to a rapidly mutating virus, we were surprised by another major event: a devastating fire at the legendary Notre-Dame. Paris Cathedral, France. Today, Netflix has released a trailer for its upcoming French-language scripted miniseries, Notre-Dame, which will tell multiple angles of the unforgettable story.

Notre-Dame cast: Roschdy Zem, Caroline Proust, Megan Northam. Notre-Dame Release Date: 19 October 2022 (Netflix). Notre-Dame Episodes: 6. Notre-Dame is looking full of Drama. The show also conveys the problems that characters are faced with in the course of their lives as Parisian firefighters attempt to stop the flames from spreading to the cathedral.

The battle against the flames lasted more than 12 hours, with the help of more than six hundred firefighters. the main focus of this Netflix mini-series is the characters who were battling the flames that raged red, along with the full explanation of what they did to put out the fire. emergency. This massive fire that was fictionalized in a film called Notre-Dame on Fire at the beginning of the year remains the subject of popular media. After the film, there’s a need for a mini-series.