My Name Is Vendetta 2022 Movie Review and Trailer 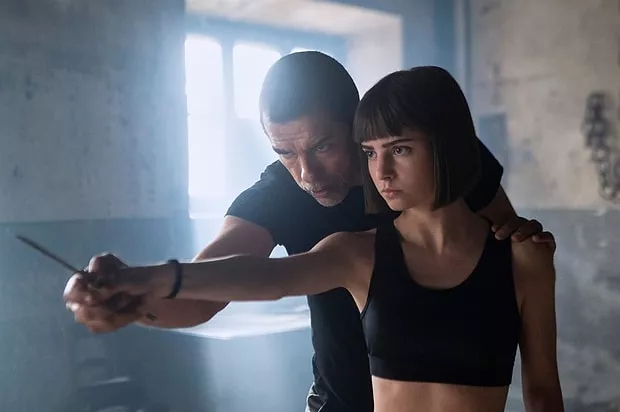 “He’s not the kind of man who runs away.” Netflix has revealed an official trailer for an Italian film titled My Name is Vendetta, arriving for streaming at the end of November. This pretty much looks like Italy’s version of Taken or John Wick, about a father who is apparently a former enforcer and never told his family – until they’re killed. A fast-paced action, survival and revenge film set in Northern Italy in a quiet town in Südtirol. When enemies from the past kill his wife and brother-in-law, the mafia enforcer and his daughter flee to Milan to plot their revenge.

Starring Alessandro Gassmann and Ginevra Francesconi as the father and daughter, Santo and Sofia, who train together to take down the people who came after them. The cast also includes Remo Girone, Gabriele Falsetta, Alessio Praticò, Marcello Mazzarella, & Sinja Dieks. This looks like a very generic revenge story, but it also seems kind of badass. Might be entertaining?

Sofia (Ginevra Francesconi) is a quiet teenager who spends her time between hockey games and off-road driving lessons. Until the moment when she, disobeying Santo, her father, secretly photographs him and uploads it to Instagram. The post is enough to change their lives forever. Following the computer trail, two criminals enter their home and brutally kill Sofia’s mother and uncle, giving rise to a settling of scores that has been brooding for almost 20 years. Sofia will discover that the truth has always been withheld from her and that Santo hides a dark past as an affiliate of the N’drangheta. Not without conflict, Sofia will embrace a legacy of fury and violence and will ally with her father to seek merciless revenge.

My Name Is Vendetta, originally Il Mio Nome è Vendetta in Italian, is directed by Italian filmmaker Cosimo Gomez, director of the films Ugly Nasty People and Io & Spotty, as well as lots of work as a production designer previously. The screenplay is by Sandrone Dazieri, Cosimo Gomez, and Andrea Nobile. Netflix will release My Name in Vendetta streaming on Netflix starting on November 30th, 2022 this fall. Intrigued?