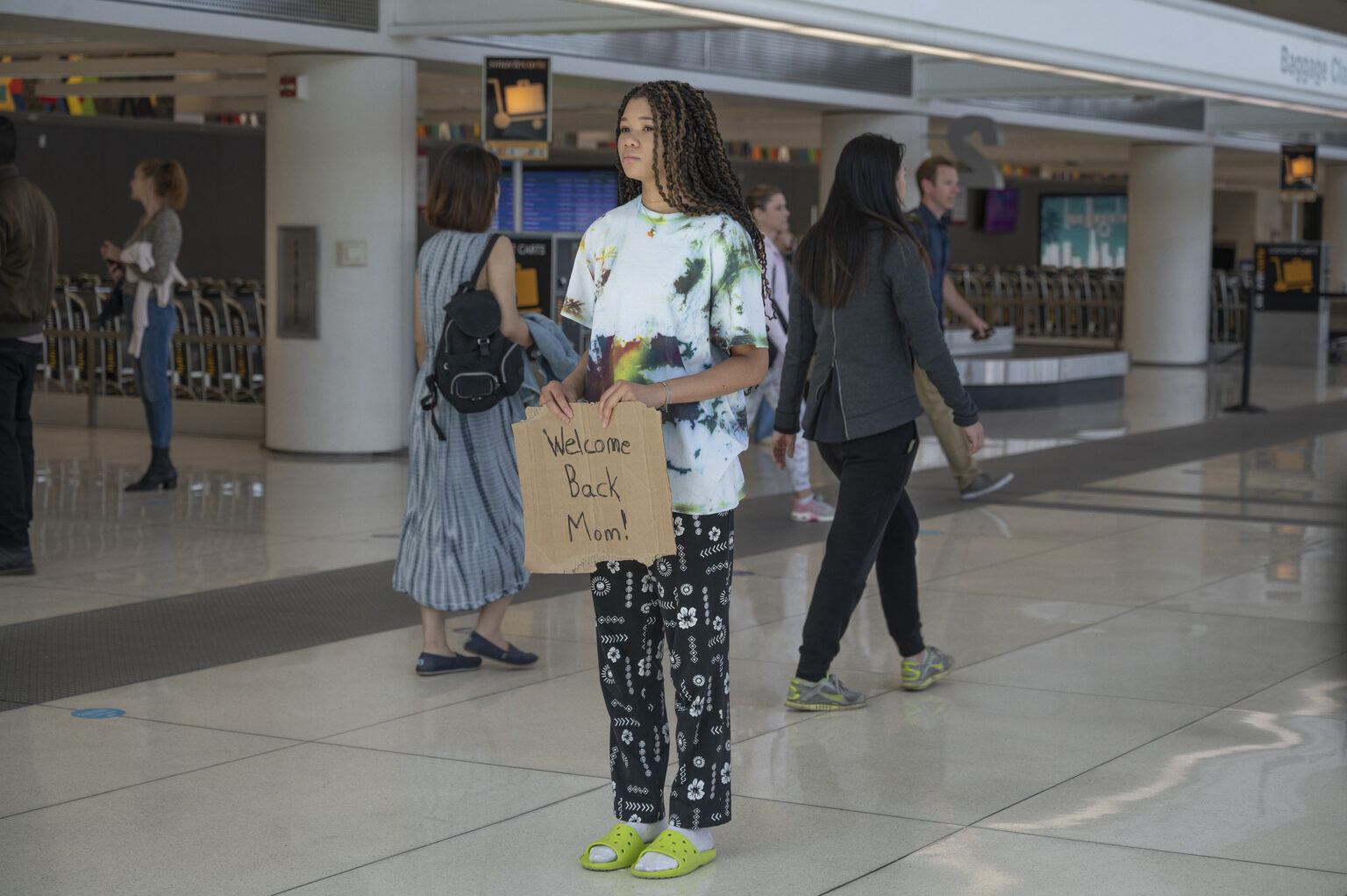 “Searching” was a perfect little movie that, like “The Blair Witch Project” before it, was bound to inspire uninspired copycats.

What’s surprising, though, is how many of that 2018 computer-screen mystery’s creative talents are responsible for “Missing,” its slicker yet vulgarized follow-up.

Scripted and directed by the previous movie’s editing team Will Merrick and Nick Johnson, from a story by “Searching” auteur Aneesh Chaganty and producer Sev Ohanian, “Missing” can feel like it owes more to the information overload style of “Everything Everywhere All at Once.” What’s, well, missing is both earlier films’ emotional resonance.

This feature’s eruption of images from digital cameras, desktop displays and speedy apps get so dense they almost push the plot right out of frame. That never quite happens, thanks to propulsive, suspenseful storytelling. Tricked-up and phony as it is, the screenplay has enough momentum and intriguing twists to hold its own against the film’s formal excesses.

The human elements, which were both a strong suit and secret weapon in “Searching,” aren’t as resilient here.

John Cho’s devastated widower, trying to navigate his missing daughter’s social media posts, is swapped out here for a resourceful 18-year-old. June, played by Storm Reid of “Euphoria,” is a cyber-Nancy Drew who can marshal everything from Taskrabbit to Cartagena’s municipal livecams to find her mother, who’s gone missing during a Colombia vacation. Stuck in L.A., June downloads a mess of significant and alarming data, but each new bit of evidence just leads to more mystery and danger.

The whodunnit, as well as the what-why-where-and-howdunnit, of all this can be quite gripping. There are a handful of tense, well-staged sequences, such as a nighttime dead-body discovery from the disorienting perspective of a wristphone camera. Occasional self-satire is clever and cutting; a true crime series called “Unfiction” restages parts of “Searching” with bad actors, while gasbag male critics and the online tabloid Daily Mail chime in after a particularly whiplashing turn of events.

Like Reid, though, many good actors struggle to make their characters real people while the project’s frantic, facile use of them would be more appropriate for video game avatars.

Nia Long (“Boyz N the Hood,” “The Best Man” franchise) makes the most of a few scenes and voice recordings as June’s overprotective, secretive mother Grace. “Lost’s” Ken Leung is poignant as well as menacing as the sketchy new boyfriend who took Grace to Colombia. Megan Suri (“Never Have I Ever”) and Amy Landecker (“Transparent”) both act, to their credit, like they’re not just in thankless best friend roles.

By the time “Missing” reaches its truly terrible ending (which makes you wonder if the movie was all just a stealth Apple promotion), the feeling is one of programmed exhaustion rather than catharsis. While this fast-paced virtual arcade has certainly been constructed with wit, talent and care — Austin Keeling and Arielle Zakowski are the skilled new editing team — it plays like clickbait. There’s no time or space for true contemplation of love and loss, since rushing toward the next plot point or cool graphic is always the priority.