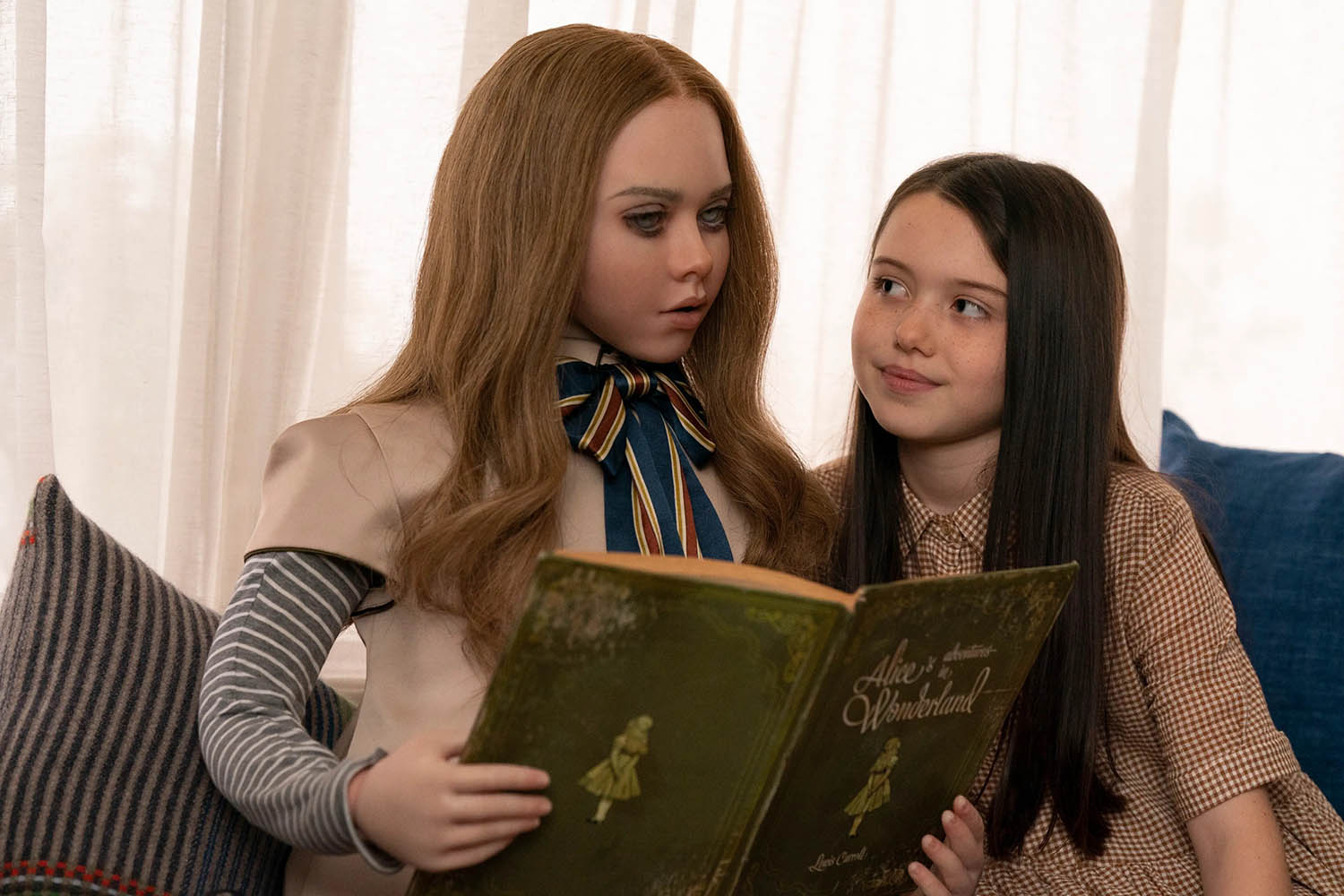 Since January tends to be quiet at the movies, “M3GAN” also became the first release in over a decade — since 2012’s “The Devil Inside” kicked off to $33.7 million — to open above $30 million in the first week of the new year. It’s also the largest debut for an original film since Jordan Peele’s “Nope,” another Universal title, debuted to $44 million last July.

None of these box office milestones are surprising to anyone who has recently been on Twitter or TikTok, where the manicured robotic doll — with her chaotic dance moves and pithy one-liners — has become the instant camp icon of every marketing executive’s dreams. Legend has it that Chucky, Annabelle and The Boy were found shaking after the first trailer for “M3GAN” — short for Model 3 Generative Android — debuted online.

It didn’t take long for the internet to fall in love with M3GAN, who seems all but designed for meme-status. Universal, as well as producers Jason Blum and James Wan, continued to slay the marketing game, enlisting troupes of dancing dolls at the film’s premiere and sporting events. And, seriously, whoever runs the @meetM3GAN Twitter account deserves a raise.

“Universal did such a great job with marketing,” says Shawn Robbins, the chief analyst at BoxOffice.com. “‘M3GAN’ was already a viral hit after the initial trailers. That’s how you market to young audiences now.”

Much to the chagrin of Hollywood, you can’t engineer a hit. (Though “M3GAN” makes a convincing argument to the contrary.) But inventive promotional campaigns can move the needle in terms of audience awareness and interest. Paramount had similar success with last year’s surprise hit “Smile” by hiring actors to sit in the stands at televised baseball games while flashing creepy, unsettling grins.

Senior Comscore analyst Paul Dergarabedian adds that “M3GAN” “resonated with the TikTok generation. It became meme-worthy, and that social resonance is key.”

Beyond the clever promotional tactics, M3GAN’s handlers stuck the landing by delivering a crowd-pleaser that resonated with critics (who awarded the film a 93% on Rotten Tomatoes) and audiences (who showed up on opening weekend). That’s rare for horror, which isn’t a genre known for getting too many “Fresh” ratings on Rotten Tomatoes.

Gerard Johnstone directed the film, which centers on a roboticist (Allison Williams) who creates a realistic AI creation programmed to be the perfect companion to her recently orphaned niece (Violet McGraw).

It’s not necessarily reinventing the popular killer-doll formula, but stellar marks may have quelled any skepticism that “M3GAN” wasn’t much more than a well-timed GIF. Critics praised “M3GAN” for seamlessly blending self-aware humor with chilling gore, with New York Times critic Jason Zinoman saying the movie is “smart enough to never take itself too seriously.”

There’s not much new to say about horror’s red-hot box office run, but it remains true that few genres have been as reliable in pandemic times. Recent spooky standouts, like “Smile,” “Barbarian” and “The Menu,” beat expectations on reasonable production budgets, meaning they don’t have to break box office records to turn a killer profit. In the case of “M3GAN,” its $12 million price tag means its backers will be reaping big rewards by the end of its box office run.

“Horror movies are showing no slowdown at the box office,” says David A. Gross, who runs the movie consulting firm Franchise Entertainment Research. “Young moviegoers want to see them with their friends, on the big screen, for the maximum thrill.”

Counter-programming for the win

It’s especially impressive that “M3GAN” managed to succeed against James Cameron’s enduring blockbuster “Avatar: The Way of Water,” which posted a huge $42 million in its fourth weekend of release. The weekend of Jan. 6-8 marked the first time since last July that two movies were able to earn at least $30 million.

In an ideal case of counter-programming, younger female audiences turned out in droves for “M3GAN” while older males and families continued to show up for “Avatar: The Way of Water.” In terms of inaugural crowds, 53% of ticket buyers for “M3GAN” were female and 44% were under the age of 25, according to Universal. By comparison, “The Way of Water” skewed toward men (56% of crowds), while general audiences accounted for 83% of tickets sold in its first weekend.

“The fact that these movies were able to co-exist is what the movies are all about,” Dergarabedian says. “Appealing to different demographics at the same time should be the outcome every weekend.”

For Hollywood and theater owners alike, this weekend’s robust turnout is an encouraging sign that 2023 will deliver a necessary turnaround in attendance. “It’s exactly the kind of start that January needed,” says Robbins.