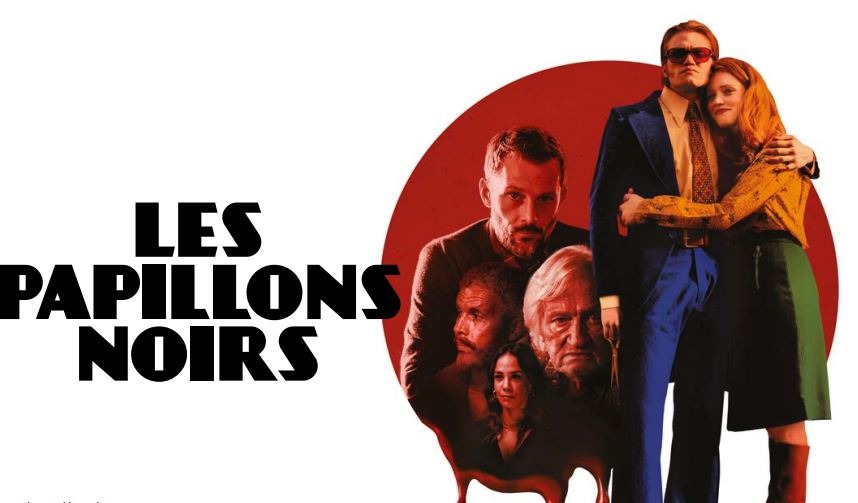 A few weeks after thrilling the Séries Mania festival, then that of La Rochelle, The Black Butterflies will twirl this Thursday evening – and next Thursday – on Arte. A very successful French thriller, which bathes in an atmosphere as dark as it is romantic.

It must be said that Albert has a few secrets on his conscience to lock. In the twilight of his life, he brought in Adrien, a thriller novelist in the galley of inspiration, who earned his living by writing the personal stories of illustrious strangers. But this old man who just hired her has a lot to say. First a great love story, the devouring passion he lived with Solange, from a very young age, when he was a “bastard” rejected by everyone. As these memories unfold, Adrien understands that Albert is in fact confessing to him a past, a murder. Then two. And a whole bloody life, with his Solange, forming a couple of serial killers who left behind a lot of corpses in France in the 70s…

After the mysticism of maroniOlivier Abbou changes register with these Black Butterflies. Always imbued with a certain poetry, his pen slips this time towards pure and hard thriller. While having fun with the codes of the “Giallo” style of Italian cinema of the 70’s, he reveals a macabre and torrid novel, so unhealthy that it becomes fascinating, like its two tortured anti-heroes.

Skillfully juggling between flashbacks, the narration plays with time with great precision, the better to stage the electric face-to-face that inevitably develops between Niels Arestrup and Nicolas Duvauchelle. A thriller full of crazy twists and turns. These Black Butterflies have not finished haunting you.