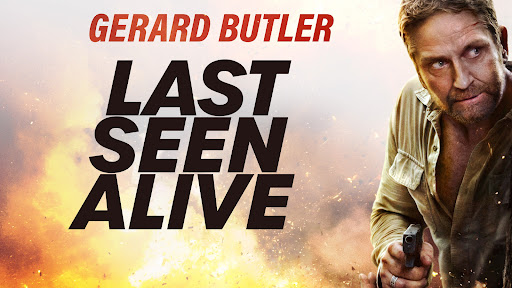 Directed by Brian Goodman, Gerard Butler plays Will Spann in the movie that saw a limited theatrical release earlier in 2022.

Only a handful of reviews make up its pretty abysmal 13% rating on RottenTomatoes as of the time of writing. The Radio Times concluded it was a rather “generic thriller.”

Netflix is the home to several Voltage Pictures movies and is set to receive more in the future. The next notable movie to come from the distributor in the US will be After Ever Happy, which will arrive following its theatrical release.

Other releases in the past include Ava starring Jessica Chastain, American Boogeywoman, The Professor and the Madman, and Extremely Wicked, Shockingly Evil and Vile.

The movie will release on October 1st alongside a slew of other licensed titles, including Call Me By Your Name, Rush Hour, Mr & Mrs. Smith, and Land of the Lost.

Are you looking forward to Last Seen Alive coming to Netflix in October? Let us know in the comments.