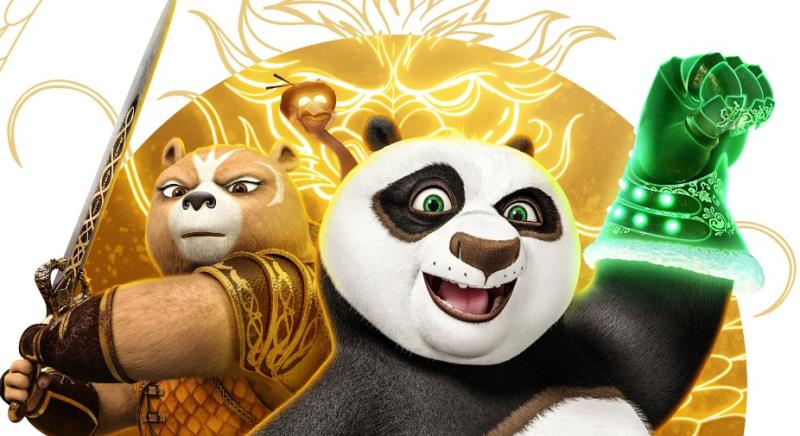 Po and Wandering Blade are returning in Kung Fu Panda: The Dragon Knight season 2, and they won’t be alone! Po’s dad and the monkey thief are coming along for the journey which is taking them to India!

Weasel siblings Klaus and Veruca are continuing their quest to find the rest of the Tianshang Weapons. Thankfully Po’s group still has one of the four, the whip.

However, if the official trailer is anything to go by, it looks like the siblings do obtain at least one more; a warrior helmet/headpiece. They already have the gauntlet, which has proven to be far more powerful than the whip.

This also makes us wonder where the fourth weapon is located and what it looks like. These weapons do seem to come together to create a uniform, battle-look of some kind.

Will Colin continue his mission to bring her back to England and face the consequences of her actions? Or will he instead, join the group and face off against Klaus and Veruca?

Will we see other Ku Fu Panda franchise characters? But most importantly, will Po regain his title of Dragon Master?

Season 2 will consist of 12 episodes, with the final two divided into two parts. Could another cliffhanger be waiting in the shadows?

Pursuit of the villainous weasels Klaus and Veruca and the powerful Tianshiang weapons has Po venture outside of China for the first time with a motley crew of warriors, including the fierce Wandering Blade, the slippery Rukhmini, and loyal Mr. Ping.

From a museum heist in India to a volcanic eruption in Central America, the heroes face danger at every turn on their journey to unravel the secrets surrounding Blade’s brother and his connection to the magical weapons.

And finally, as the team of warriors begins a long journey to England, Po tells a story explaining Chinese new year customs and traditions to elevate the crew’s spirits in a Lunar New Year special.