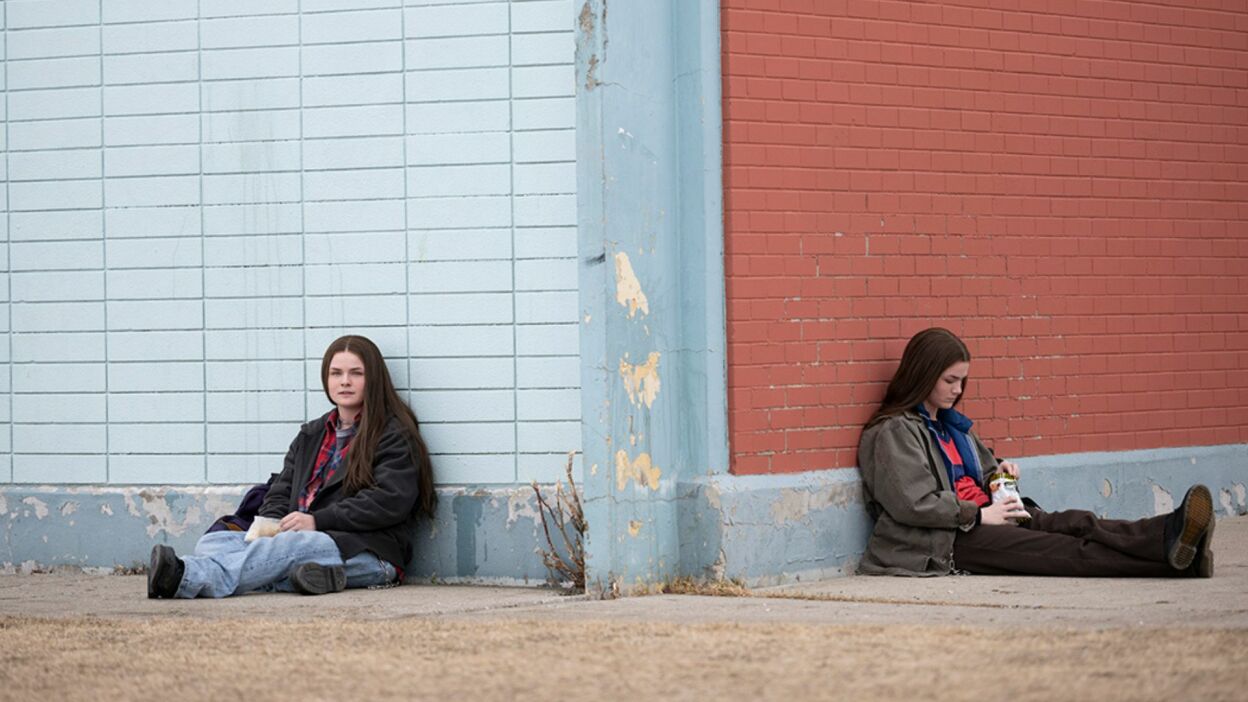 It’s hard to imagine a pair of sisters more in sync than Tegan and Sara, the Canadian indie-pop duo who has been writing and performing music together for nearly 30 years. But before their Grammy nominations, world tours, and nine studio albums (and counting), the identical twins were in a desperate search to find themselves — without losing their bond to each other. Shake that up with teen angst, queer awakening, and a head-banging ’90s soundtrack, and you have a sense of what their autobiographical drama series is all about. And like the best of their songs, High School is sweet and quietly devastating.

Adapted from Tegan Quin and Sara Quin’s best-selling 2019 memoir, High School ushers audiences back to the suburbs of 1990s Calgary, where the twin sisters are entering their sophomore year as new kids on the block. Tensions are running high at home, as Sara (Seazynn Gilliland) has begun freezing Tegan (Railey Gilliland) out of hang time with their friend Phoebe, leading to a violent outburst between the sisters. At school, Sara is desperate to make friends of her own, leaving Tegan rejected and lonely…but not for long.

The sisters cross paths with a gum-spitting bully, a big-hearted tough girl, and an intoxicating squad of theater kids. They’ll party, try drugs, fight, and find fragile teen love. Meanwhile, their mom (Cobie Smulders) grapples with grown-up issues, like being bored by your long-time partner, frustrated that your daughters are shutting you out, and overwhelmed by a job that’s stakes are life and death.

Yes, but not just theirs. In the first three episodes, which premiered at the Toronto International Film Festival, simple title cards set up segments focused on Tegan, Sara, their mom Simone, and their embattled bestie Phoebe. So, for example, the first day at school is shown first from Tegan’s perspective, revealing her hurt over Sara’s cold shoulder in full. Then, the episode loops back to follow Sara, who carries a secret that she’s so determined to protect she hasn’t even shared it with her sister.

Directed by Clea Duvall (Happiest Season), the first episode smartly parallels the individual sister’s lonely journeys during that pivotal first day. Then, a deceptively simple wide shots reveals how close they are in aching for each other. (It’s the image at the top of this page.) Unbeknownst to either, each girl winds up eating lunch alone, around the corner from one another. It’s a beat that’s subtly gutting, then patiently lingered on so that feeling can really sink in. Extending empathy beyond its central sisters, Simone’s chapter gets a similarly harrowing moment. Its lowest point collides with and reflects another thread, where a character is forced to recognize that despite a brave face, they’re not okay.

Often when it comes to teen shows, Hollywood relishes the opportunity to crank up the salacious spectacle or lean hard into the emotions. This approach can mirror the intensity of teendom, with all those damned hormones colliding with a sense of powerlessness and a reckless belief in your own invincibility. But rather than playing all these feelings at 11, this musician focuses show strums softly, grounding the everyday dramas of these girls — even those that involve sex and drugs — in a humbly authentic portrayal.

You won’t hear much of their music for the intro episodes. Instead, Duvall — a ’90s icon in her own right — envelops us in the era with music from The Smashing Pumpkins, Violent Femmes, Weezer, and Green Day. The familiar songs play at parties and concerts and during make-out sessions, a soundtrack that is tantamount to time travel. Mindful costuming hammers the vibe home with dead-on details, like oversized long-sleeved tees, a preference for plaid, and those hefty wallet chains. Then there are the girls’ necklaces, one a simple colorfully beaded affair, the other a polymer yin yang on a string. Not only accurate to the period, this jewelry also helps audiences identify at a glance which identical twin is which. It’s a clever move for easy clarity.