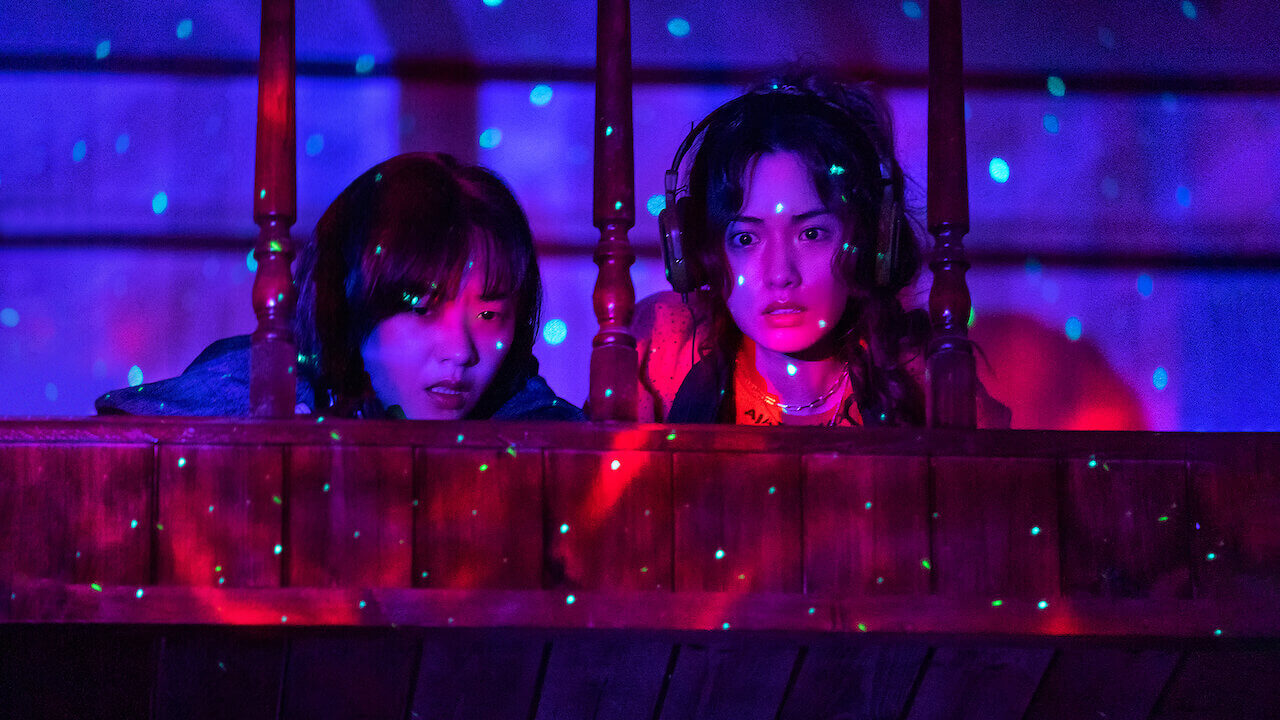 Aliens have always fascinated the human mind, resulting in uncountable literary works and films dedicated to them. While “Glitch” had an interesting premise, it barely did any justice to the multiple subplots introduced throughout the series. It is not just the laughable alien figure but also the abysmal script and multiple loopholes in it that make it a dissatisfying watch. With ten episodes, some even an hour long, “Glitch” seems clueless about its intent. The series resorts to comedy in crucial moments, introduces subplots that do not culminate in anything substantial and deals with massively underdeveloped characters.

“Glitch” had a promising start, but it got worse with every episode. The series could have simply been about Hong Ji-Hyo and her maddening obsession with aliens. She was an interesting character from the get-go, but sadly, the character was not explored enough. Even though Hong Ji-Hyo’s life seemed perfect from a distance, it was far from it. Her distant glances, lack of involvement in conversations, and finding an escape in the form of an alien had enough potential to become an intense watch. Instead, we are served up a shoddy sci-fi drama comedy with aliens and a cult society.

Hong Ji-Hyo had a loving boyfriend, a stable job, and caring parents, but she had a secret that made it difficult for her to exist in peace. She would often come across aliens in public spaces. The alien looked pretty much like the emoji we are accustomed to, but strangely, the alien wore a green baseball cap. While her boyfriend, Lee Si-kook, planned their future together, Ji-Hyo was busy solving the mystery behind the alien figure. She ignored the alien whenever it appeared, but even that did not stop the strange entity from indicating its existence. Often, her electronic gadgets would act up, and they would communicate that she was under surveillance. Her life spiraled out of control when her boyfriend went missing after she broke up with him. After further probing into the matter, she realized that it might all be connected. Lee Si-Kook was probably taken away by the aliens, and Hong Ji-Hyo was determined to find him. The place where she found his watch was also where she came across a symbol that changed her understanding of extraterrestrial creatures. She embarked on a journey to find Lee Si-kook, and in the process, she found herself. Facing the memories from her childhood that she had repressed all her life was the key to understanding why she was being drawn to the rabbit hole. Supporting Ji-Hyo on her journey was her childhood best friend, Heo Bo-ra, whom she unknowingly reconnected with after years of staying out of contact. Bo-ra understands Ji-Hyo’s frustration like no one else, and she helps her best friend revisit a past that she willingly refused to believe. As it turned out, Hong Ji-Hyo was not the only one observing the strange phenomenon. There was an entire cult who dedicated their lives once they came across “the light.” Decoding the cult and the way it functioned was pivotal in Ji-Hyo’s life. With a cult, her visions, a missing boyfriend, a psychiatric hospital, and childhood memories, Ji-Hyo had too many dots to connect to find her truth.

The fact that “Glitch” is a mystery drama comedy with sci-fi elements explains its indecisiveness. Perfectly gripping moments are interrupted with comedy, and no, it is not dark humor. The desperation to cater to a wide audience is evident, and to do so, it ends up being neither a mystery thriller nor a comedy-drama and definitely not sci-fi worth watching. “Glitch” looks like any other Netflix formula series; it restrains itself from experimentation. While visiting memories, the series uses a color tone that almost feels like an Instagram filter. Gin Han-sai, the writer who delivered a one-of-a-kind Korean teen drama, Extracurricular, fails to create the same magic this time. “Glitch” initially had the potential for multiple conclusions, but it somewhat formed a clear stance in the end. I would have loved for it to be a psychological mystery, but the series heavily relies on the alien theory to explain certain occurrences, making it difficult to consider any other possibility. “Glitch” uses every possible trope to make it mysterious, but what it successfully delivers is a headache. A popular face in the Korean industry, Jeon Yeo-been as Hong Ji-Hyo, tries her best to make sense of her character and all that goes wrong in her life. Nana is convincing as Bo-ra, a struggling online creator. “Glitch” is one of those series where the police officer is as useless as it gets and would end up running behind the perpetrators instead of driving his car even though he was standing right next to it.

“Glitch” is hopeful about the conspiracies surrounding extraterrestrial creatures. It is a series that almost feels like a tribute to conspiracy theorists dedicating their lives to finding the truth behind a false YouTube video. It celebrates the power of belief that solely relies on personal experiences and not physical evidence, something that might seem strange to those guided by logic and evidence. The series chooses not to completely dismiss possibilities and even ends with the two best friends going on a journey hoping to find “Bigfoot.” Well, my best wishes to the ladies for their adventure as long as we are not forced to watch it!