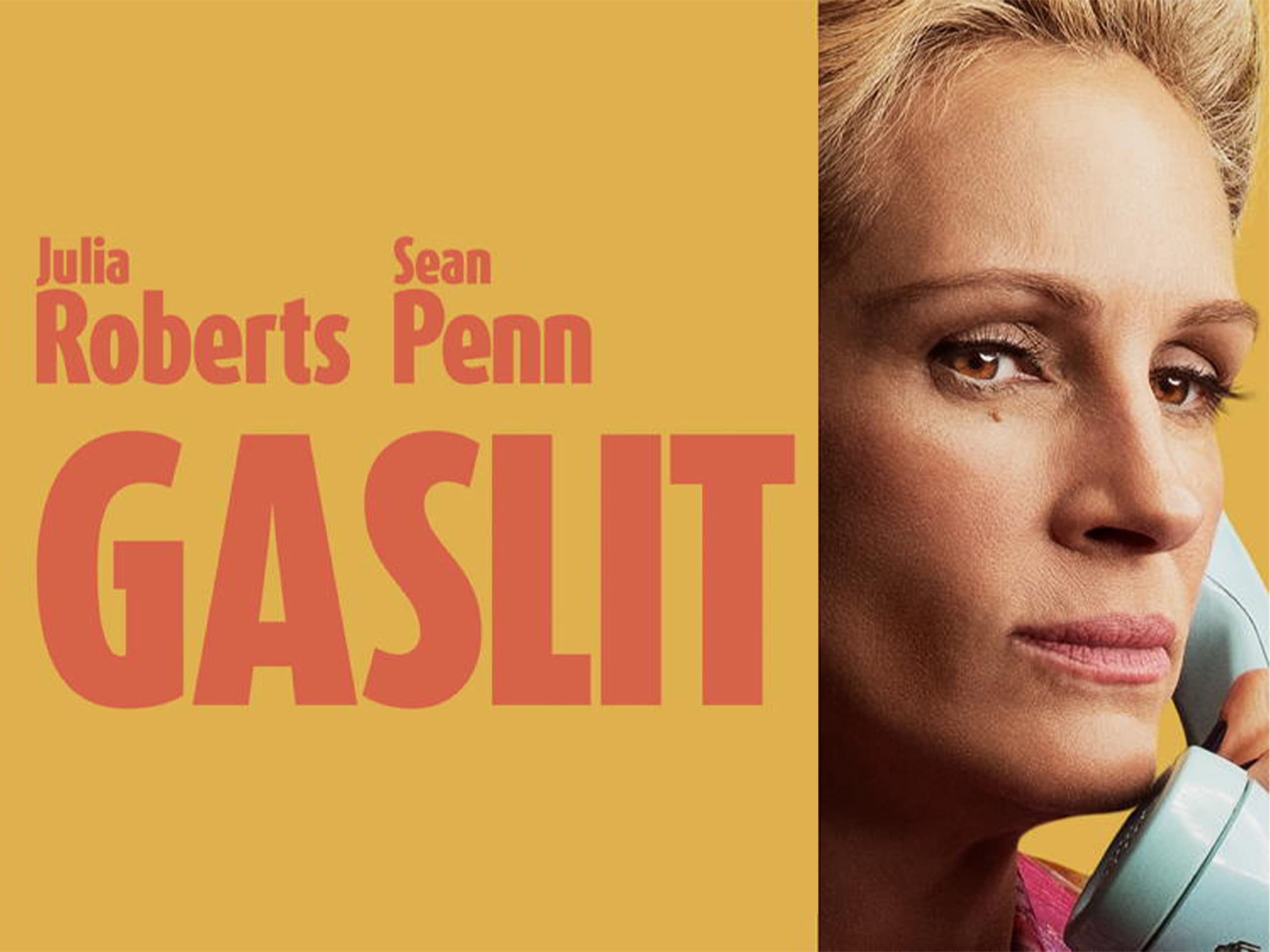 “History isn’t written by the feeble masses — the pissants, the commies, the queers and the women. It is written and rewritten by soldiers carrying the banner of kings.” So declares G. Gordon Liddy (Shea Whigham) in the opening minutes of Starz’s Gaslit. If it weren’t already obvious which camp he sees himself in, the camera slowly zooms out to reveal him holding his open palm over a flame, in a display of machismo as useless as it is obnoxiously dramatic.

What he doesn’t realize is that the series he’s on is in fact a history of those allegedly feeble masses, and not one particularly flattering to “soldiers” like him. Adapted by Robbie Pickering from the podcast Slow Burn, Gaslit aims to shine a light on the untold (or at least lesser known) stories around the Watergate scandal, which is a fine goal on its face. The problem is that it tries to tell seemingly all the untold stories of the Watergate scandal at once, smashing them together into one fitfully amusing but wildly uneven miniseries.

There’s probably a pretty good feature film buried somewhere in those eight hourlong episodes, seven of which were sent to critics. Specifically, a pretty good feature film about Julia Roberts’ Martha Mitchell, the outspoken wife of Nixon’s Attorney General John Mitchell (a sentient pile of prosthetics I’m told is Sean Penn). After an agent traps her in a hotel room to keep her from exposing the truth about the Watergate break-in, Martha blows the whistle anyway — only to be publicly smeared by Nixon’s staff as a paranoid, delusional drunk in an effort to discredit her account.

Roberts is dazzling in early episodes as Martha, who seems to spend her days swanning through DC parties like she owns the room and everyone in it (much to the ire of her husband’s colleagues), and then ringing up her journalist friends to share the hot goss from said parties (also to the ire of her husband’s colleagues). When Martha’s story takes its dark turn, Roberts peels back her thick layers of Southern charm to reveal a more vulnerable side, her physical and emotional bruises serving as a testimony to the lengths of cruelty that the president’s acolytes were willing to go to in order to serve him.

Or perhaps the movie is a black comedy with Whigham’s hilariously, terrifyingly intense Liddy at the center, surrounded by rotating cast of spineless, brainless fools like White House attorney John Dean (Dan Stevens), Chief of Staff H.R. Haldeman (Nat Faxon), aide Jeb Magruder (Hamish Linklater) and political adviser Charles Colson (Patton Oswalt). The joke of their scenes in Gaslit is that they seem to believe they’re in a slick spy thriller or an important political drama or, in Liddy’s case, a dark war epic a la Apocalypse Now. Meanwhile, their cowardice and incompetence feels more like something drafted by Armando Ianucci or the Coen brothers.

Maybe there’s even a thoughtful little drama to be made about Frank Wills (Patrick Walker), the Watergate security guard who first noticed and reported the break-in, and whose life was derailed by the resulting fame. Or the unlikely love story between between John Dean and his more charismatic, liberal-leaning wife, Mo (Betty Gilpin), who freely admits to having hated him at first sight.

But it’s not at all clear what all these narratives are doing as part of the same miniseries, and they suffer from being lumped together. Martha’s harrowing tale feels lightweight because Gaslit can’t give her trauma the gravity and attention it needs — not when it also needs to stay light enough to deliver a wacky farce about bumbling political operatives. Which, in turn, becomes bloated by subplots like John and Mo’s romance, when Gaslit can’t even mount a compelling case about what those two ever saw in each other, or why we should care in the first place. It doesn’t have time to, when it has all those other storylines to get to.

It’s not that nothing works. I gasped at some of Martha’s scariest and saddest moments, and cooed at an episode six digression about Frank looking for his lost cat. (Full disclosure: I’m a total cat person.) In and around the White House, the heavy-hitting cast elicits chuckles from scene to scene, often when they’re not even doing much at all — like when Linklater’s Magruder anxiously bats away a butterfly in his front yard, looking every bit as stupid and pathetic as the FBI agents tailing him (played by Chris Messina and Carlos Valdes) have judged him to be. And Gaslit really goes for broke with Liddy’s scenes, which by episode seven have become so unhinged as to verge on the surreal.

Collectively, these tales try to form a new understanding of Watergate from the perspectives of its unlikely, unsung — well, if not heroes necessarily, then at least the people who helped drive it forward. In this version, the supposedly important and powerful white men of the White House take a backseat to Martha the Mouth, to a Black security guard, to a Latino FBI agent, to shrewd political wives like Mo who helped their flailing husbands navigate the fallout of the scandal.

But the individual installments feel too baggy and unfocused, with too many jarring tonal shifts and too little sense of narrative rhythm, to amount to much insight in the end. It seems telling that initially, I didn’t even realize the series was supposed to be eight episodes long — after watching the seven I’d been sent, the seventh felt to me like as good a place to end as any. It’s a neat idea, taking back control of history from those soldiers and putting it into the hands of the masses. If the series accomplishes nothing else, it’s guaranteed to teach a few audience members stories they didn’t know before. It’s just too bad that in its messiness, Gaslit stops somewhere short of doing them justice.