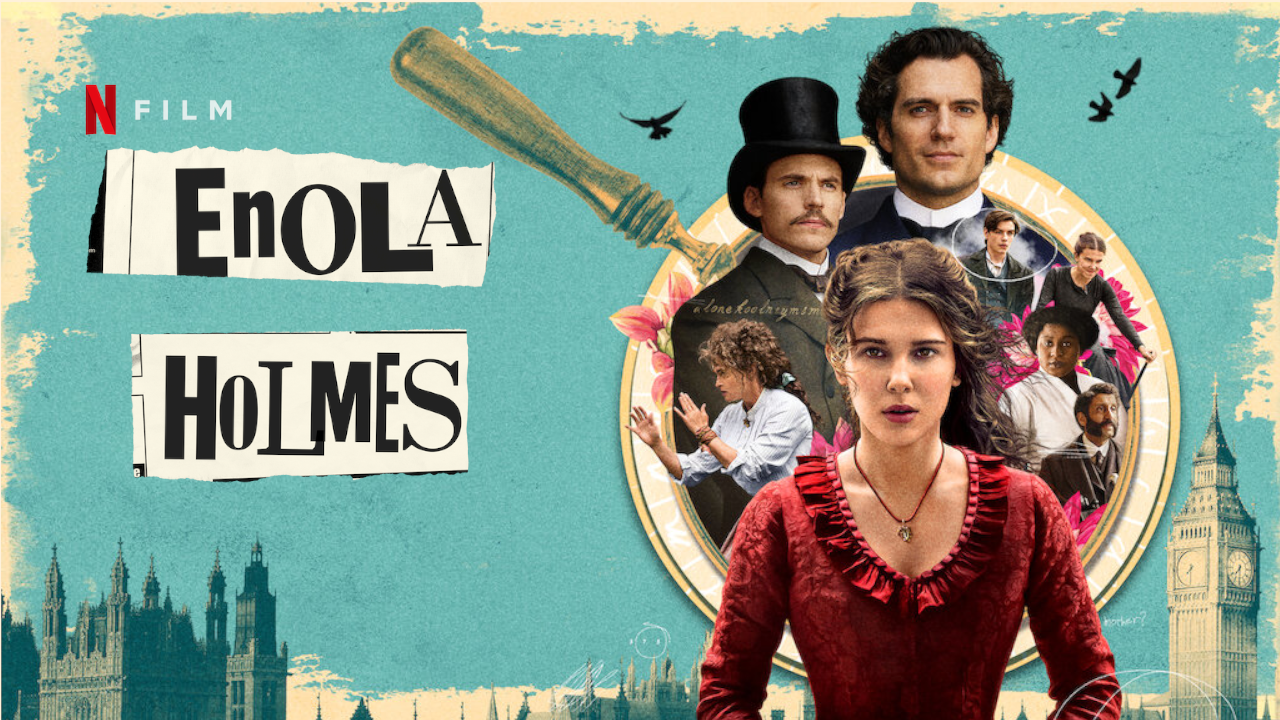 Enola Holmes is back in Enola Holmes 2—coming to Netflix on November 4—and this time around, it’s… pretty much the same as the first film!

To be clear, that’s a compliment. Enola Holmes 2 is the same fun-loving, adventurous romp that made the first film so enjoyable. Having proven her skills with the Tewkesbury case, Enola (Millie Bobby Brown) now runs her own detective agency. She’s thrilled to finally be making a name for herself, but unfortunately, most potential clients refuse to see past her age and gender. They don’t want Enola Holmes on the case, they want Sherlock! He was the one who solved the Tewkesbury mystery, right? (He wasn’t.)

So when a young girl comes to Enola in search of her missing sister, the young detective eagerly plunges headfirst into the case. Unlike the first movie, which followed the plot of the first book in the Enola Holmes series by Nancy Springer, this story is a brand-new original, conceived by screenwriter Jack Thorne and director Harry Bradbeer (who are back from the first film). This is, unfortunately, a weakness. While the first Enola Holmes proved itself a worthy entry in the Arthur Conan Doyle-verse, this new mystery—a convoluted web of factory girls, corruption, and disease—is neither as sharp nor as satisfying. But you’ll be having so much fun with the characters, it almost doesn’t matter.

Brown, who rarely gets the chance to flex her comedy muscles in Stranger Things, is charming, wide-eyed, and spirited in all the right ways. While some might bemoan the meta, Fleabag-ification of recent media, Brown’s little asides to the camera—a raised eyebrow here, a shrug of the shoulders there—are almost always funny and welcome. Enola, refreshingly, is no supergirl, and Brown, rightly, does not play her as unflappable. She stumbles, stutters, and flails, making her all the more lovable and grounded.

As with the first film, the best scenes feature Henry Cavill as Enola’s famous brother, Sherlock Holmes—or, as the internet lovingly dubbed him, Sherlock Swolmes. He’s a bit more reserved and a bit more peevish this time around, perhaps because the infamously litigious Arthur Conan Doyle estate sued Netflix for depicting Holmes as too nice in the previous movie. (Long story, but, basically, the estate argues it owns the rights to Doyle’s later stories where Holmes started showing emotion.) Luckily, The Witcher star has plenty of experience playing an irritable misanthrope. His easy back-and-forth with Brown is delightful, and this time around, the sibling banter is tinged with professional respect, as these two world-class detectives work together to solve their case.

And fans of Louis Partridge as Viscount Tewkesbury will be pleased to hear that Enola Holmes 2 delivers romance in spades. The mystery serves the love story more than the other way around, including a scene where Tewkesbury must teach Enola to dance. You know, for plot reasons. This isn’t a complaint, either. Their relationship was a strong draw of the first film, and a driving force of the fan base, so Thorne and Bradbeer were smart to put it front and center in the sequel. Also, it’s freakin’ adorable. Finally, there’s the always-excellent Helena Bonham Carter as Enola’s mother—whose action-packed carriage chase is the film’s most exciting scene—and the addition of fellow Harry Potter actor David Thewlis, as the film’s buttoned-up villain.

Basically, if you loved Enola Holmes, you won’t be disappointed by the sequel. And for fans of the original Holmes stories, there are a few fun nods that I won’t spoil. The patrons of Victorian London might prefer Sherlock; but, personally, I’m thrilled to have Enola back on the case.