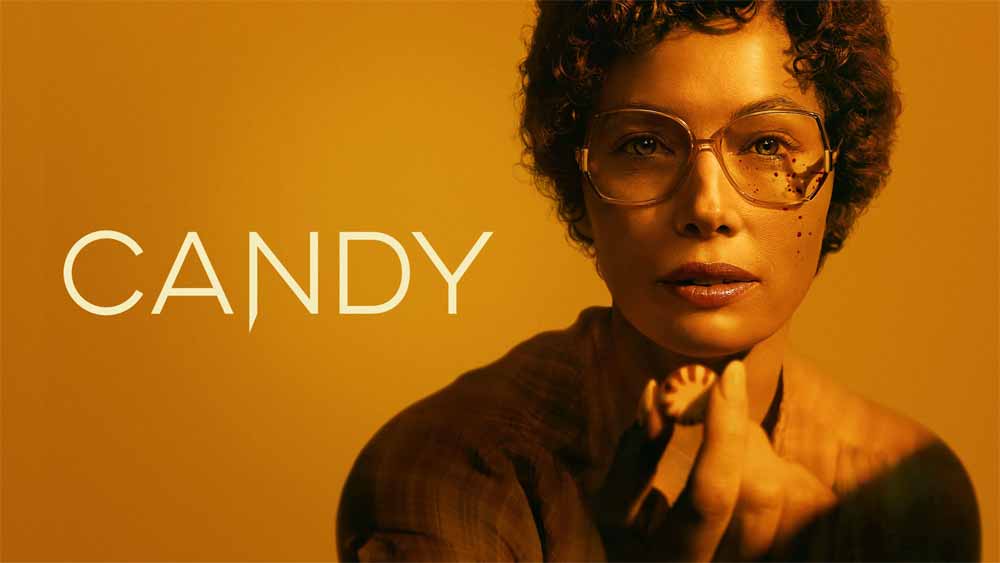 Halfway through the final episode of “Candy,” I had to pause to answer the door. I was four and a half hours deep into Hulu’s newest “based on true events” limited series, this time about a suburban friendship that ended in horrifically fatal consequences in 1980. At this point, I’d become well and truly unnerved by the show’s sinister overtones, deliberately monochromatic palette, and anchoring performances from Jessica Biel (as acquitted murderer Candy Montgomery), Melanie Lynskey (as her neighbor and victim Betty Gore), and Pablo Schreiber (as Betty’s husband, and Candy’s erstwhile lover, Allan). And yet, 30 seconds after I stopped watching the finale, I’d already forgotten I’d been watching the show at all.

To its credit, “Candy” — which debuts May 9 on Hulu and will air each of its five episodes in a row until the finale on May 13 — starts strong. Written by “Mad Men” alum Robin Veith, the premiere traces the day of, and after, Betty’s death in excruciating detail. It gives the core trio of Biel, Lynskey, and Schreiber ample room to establish their characters and, in the case of the increasingly desperate Allan, react to the tragedy practically in real time.

As for the pair of women at the series’ heart: Biel’s much too obviously a 2022 celebrity fit to play a supposedly fragile-looking 1980s housewife, no matter how hard the tight curls of her frumpy wig try to prove otherwise. Nevertheless, she quickly locks into an unruffled business-like enthusiasm that sells Candy as the community’s most obvious — or at least most aggressive — social nexus. Lynskey, whose stifled “Yellowjackets” housewife has rightly earned her significant praise this year, provides a necessary counterbalance to Biel. Betty’s no less restless than Candy, but she’s decidedly more stuck at home while tending to her new, constantly wailing baby. The sound design of the premiere, which uses the baby’s screaming almost as a horror movie sting in and of itself, is perfectly cringe-inducing, imbuing every one of Lynskey’s pointed sighs with more and more existential dread.

In the first few episodes, the scripts are patient in explaining how both women are equally, achingly lonely, and yet go about trying to fix that feeling in entirely different ways. While contrasting Betty and Candy’s lives, “Candy” has a clear focus in establishing the Venn diagram between them. Giving both women dimension is the best thing the series ever does, which also raises the question of why the show is called “Candy” rather than “Candy and Betty.” Biel and Lynskey are, in fact, both giving lead performances, and the title should reflect it.

Once it catches back up with the murder, however, “Candy” starts to show its seams. Having moved past the perhaps easier to adapt stories of how Betty and Candy lived their daily lives, the series’ march toward its unsatisfying end quickly causes it to lose grip on its own narrative and strengths. The finale, which focuses almost entirely on the trial that acquitted Candy for good, is a particular letdown, despite a fittingly showboating performance from Raul Esparaza as her bombastic lawyer and a couple fun (if distracting) cameos. Without spoiling exactly how “Candy” wraps up, this last episode also indulges in a couple of stylistic touches that are far more distracting than intriguing.

Moreover, late-breaking attempts to give Candy’s bland husband (a game Timothy Simons) more nuance fall flat; Schreiber’s Allan, so good in the show’s first half, gets completely lost in the second. And after losing her necessary counterpart in Lynskey’s Betty, Biel’s Candy struggles to shoulder the material by herself. Even the series’ overwhelmingly beige color palette — from the costuming, to the set design, to the cinematography — becomes an oppressive affectation rather than the effectively eerie twist it once was. As I neared the end of the show’s five-hour run, it was a downright relief to take a break.

It’s not the fault of “Candy” itself that it’s become the latest in a long, seemingly endless parade of scripted limited series taking on true crime cases — or, incredibly, that another version of this exact same story, starring Elizabeth Olsen and Lily Rabe, will be bowing on HBO Max later this year. But it does present a challenge to every show in this vein to differentiate itself from the rest of the pack, and this one ultimately stumbles right when it really counts.