Bardo: False Chronicle of a Handful of Truths 2022 Review 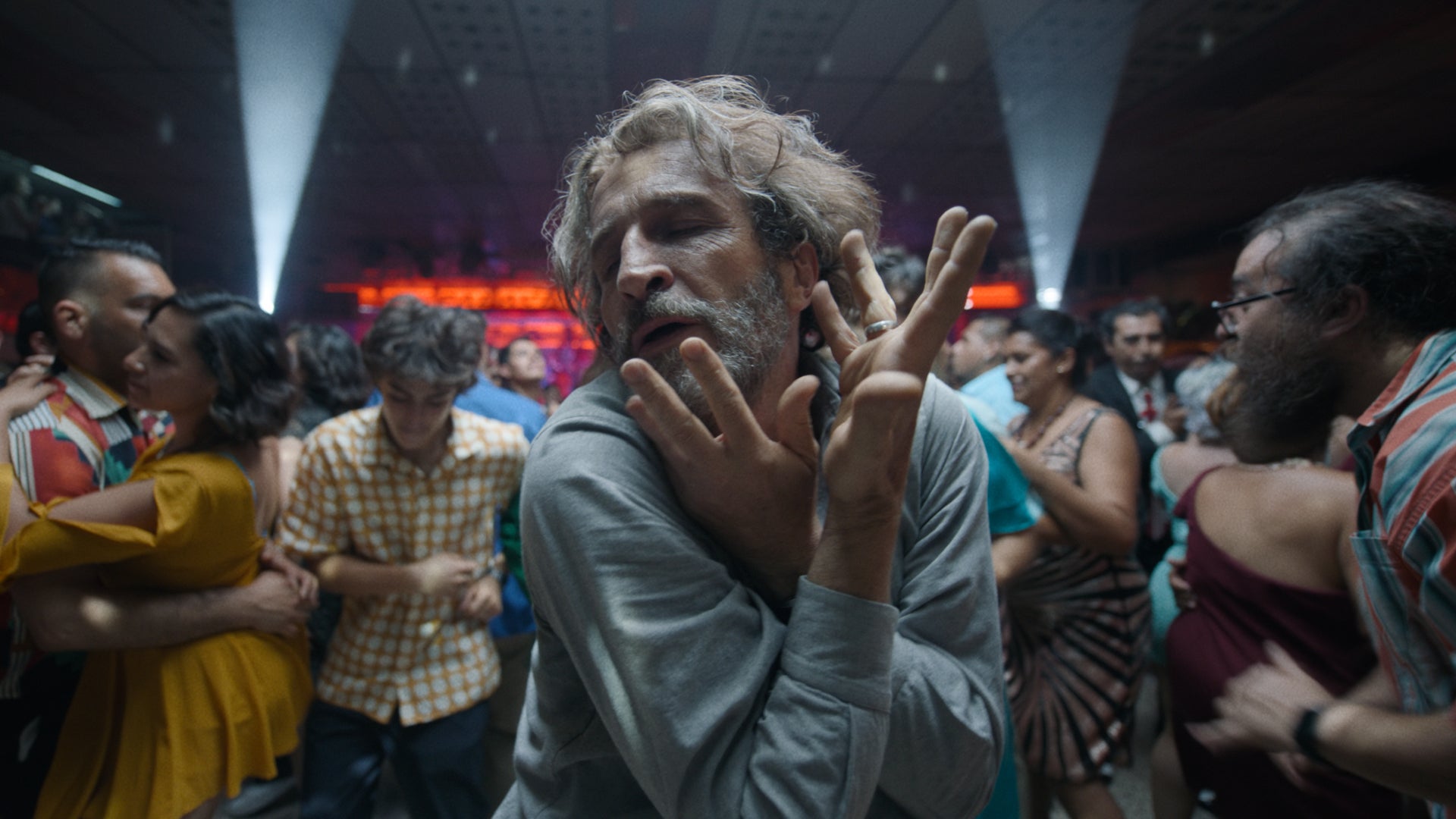 In Tibetan Buddhism, “bardo” names the intermediate state through which beings pass between the end of one life and the beginning of the next. That liminal place is the setting of Alejandro G. Iñárritu’s new film, and also its governing metaphor. “Bardo,” which is subtitled “False Chronicle of a Handful of Truths,” devotes itself to the crossing and blurring of boundaries: between life and death; between fact and fiction; between the personal and the professional; and, perhaps above all, between Mexico and the United States.

Our guide to these realms is Silverio Gama, a journalist and documentary filmmaker played with hangdog, silver-fox charisma by the great Daniel Giménez Cacho. According to the Buddhist scholar Yangsi Rinpoche, someone “who has accumulated a great deal of negative karma” will find the bardo “very dark and gloomy.” Positive karma will make “the bardo appear shining and radiant, like the luminous light of the full moon.” The mix of gloom and radiance in Silverio’s bardo, shot in lucid-dreaming colors by Darius Khondji, suggests ambivalent karma. He seems to be a pretty good guy, and also a profoundly troubled soul.

A devoted husband and dutiful father — still passionately attracted to his wife, Lucía (Griselda Siciliani), and on companionable terms with his grown children, Lorenzo (Íker Sánchez Solano) and Camila (Ximena Lamadrid) — Silverio is celebrated in both Mexico City and Los Angeles. (He and Lucía have homes in both cities, but “Bardo” takes place mostly in the Mexican capital, the first time Iñárritu has shot a film there in more than 20 years.) In spite of his worldly success and domestic fulfillment, Silverio moves through “Bardo” in a state of agitation, bewilderment and bad feeling.

An early scene concerns the death of Lucía and Silverio’s first child, a boy named Mateo. This loss casts a shadow across the rest of the movie, but it isn’t the source of Silverio’s malaise. Instead he — or at least the bardo-being version of the person he was while alive — finds himself in the grip of an existential malaise that is refracted through a series of historical catastrophes.

Then again, you could say that it’s the other way around — that the contradictions and ironies of the Mexican past manifest themselves in his moods and grudges. Either way, the violence of the Spanish conquest, the Mexican-American war of the 1840s and the recent ascendance of the drug cartels figure in his personal mythology.

Still, it would be a mistake to describe Silverio as any kind of Everyman, not least since his resemblance to a particular man, Alejandro G. Iñárritu himself, is part of the point. The prestigious North American journalism prize that Silverio is about to receive in Los Angeles can be taken as a stand-in for the Oscars, which Iñárritu has won twice for directing. Not that watching “Bardo” involves cracking an autobiographical code. You can certainly match details in the film with easily searchable facts about its director’s life, but what holds your attention — and maybe also repels it — is the intensity of personal feeling that infuses every frame.

In his first three features, made in collaboration with the screenwriter Guillermo Arriaga, Iñárritu was interested in splintering time and subjectivity. “Amores Perros,” “21 Grams” and “Babel” fashion new forms of narrative coherence out of coincidence and randomness. More recently, in “Birdman” and now in “Bardo” (both of which credit Nicolás Giacobone as a co-writer), he has propelled a single consciousness through an apparently linear, overwhelmingly complicated series of experiences.

Movie time moves relentlessly forward, but in the dream-world that Silverio inhabits, it leaps ahead and loops around. The beginning of the story is also the end. The middle is an impressionistic collage of memories, fantasies and wishes loosely attached to plausible real-world events. Silverio rides public transportation in Los Angeles with three axolotls in a plastic bag. He meets with the American ambassador to Mexico, makes a disastrous appearance on a television talk show, has sex with Lucía, attends a raucous party in his own honor, argues with his kids and so on. These moments spin into stranger episodes. Silverio encounters the ghosts of his father and the conquistador Hernán Cortés, who sits atop a pyramid of corpses.

Reverie frequently gives way to argument. “Bardo” is a movie that pre-empts criticism and strikes back against it. At the party, Silverio gets into it with Luis (Francisco Rubio), a former frenemy who has become a star of Mexican tabloid television. Luis scourges Silverio for self-indulgence and pretension, accusing him of playing the “artiste” for the Americans and forgetting where he came from. (Some of Silverio’s current friends will echo these sentiments, with only a little less hostility.) Silverio responds with a tirade about the venality and hypocrisy of a media that sacrifices integrity and decency on the altar of ratings and social media likes.

The spat recalls the scene in “Birdman” in which Michael Keaton’s character unloads on a New York Times theater critic. It’s hard not to conclude that Iñárritu’s alter egos, at least, possess thin skins, silver tongues and serious axes to grind. Why they should be so easily provoked by trolls and charlatans is an interesting question, but also one that might get in the way of an appreciation of their creator’s strengths.

Silverio is so determined to defend himself that it may be superfluous to defend “Bardo,” which is proudly and self-evidently the product of a monumental ego. It is also, however, the work of a prodigious and unruly talent. Iñárritu isn’t always the clearest or most cogent thinker, but the power of his images often renders such objections moot. “Bardo,” shot in wide-screen 65 millimeter through lenses that seem to warp the edges of the frame, is full of arresting, hallucinatory sequences that linger in the mind long after Silverio’s self-pitying harangues have faded.

The houses, streets and monuments of Mexico City become dreamscapes of terror and wonder. The movement of bodies and the stillness of faces carry currents of uncanny feeling. The man at the center of it all — we’ll keep calling him Silverio, for the sake of consistency — can be exasperating, exhausting company. He is also charming, funny and unmistakably sincere, and you can’t help but hope that he finds some peace.