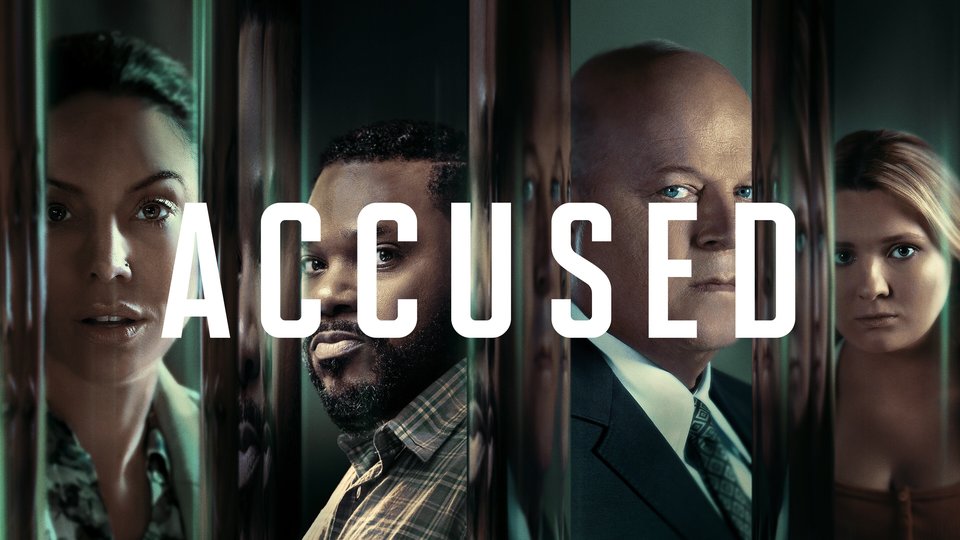 Each of “Accused’s” episodes assays a court case in which murder is the charge, but judges and lawyers are glancing presences at best. Instead, we stay with the accused (hence the title) through lengthy flashbacks outlining how they got there and what mitigating factors played into their plights.

In a TV landscape that tends to wildly over-privilege the prosecution, the impulse behind “Accused” is a worthy one: It’s heartening to see a show that acknowledges that often well-intentioned and good-hearted people find themselves in legal trouble for reasons not their own fault. In this way, and in its entirely dispensing with characterizing people in the legal profession, it’s a sort of anti-”Law & Order.”

But “Law & Order” holds our attention even when it strains credulity. Here, though, the stories can get somewhat lost amid the spectacle: An episode, for instance, in which a Deaf surrogate mother (Stephanie Nogueras) kidnaps the Deaf baby she has borne for a hearing couple is reliant on endless coincidence, while another in which a father (Michael Chiklis) confronts the possibility his son may be a sociopath has one hairpin turn too many for an hourlong episode. In both cases, the show’s intentions are good — and across the board, the show is committed to depicting an inclusive array of experiences. (Marlee Matlin directs the episode concerned with Deaf identity, while Billy Porter helms another about a drag queen, played by J. Harrison Ghee, who is standing trial.) The show was created by Howard Gordon, responsible for series like “Homeland” and “24”: Those shows were home to huge narrative swerves, but this one packs a few into each stand-alone episode.

Even as court in real life bears little resemblance to most TV representations, it’s easy to see why the courtroom is such a frequent TV setting: Trials are inherently dramatic, as high-stakes as it gets and with plainly entrenched opposing sides. I found myself at times wishing this could be enough for “Accused,” which often gives its characters massive monologues — to wit, Ghee appears on the stand in drag to uncork a kiss-off to the trial and, hopefully, ensure his character’s freedom.

Big, juicy moments like these stud each episode of “Accused,” but there’s not enough ballast, enough sense of who these characters are outside the most extreme moments of their lives, to keep the show balanced. One remembers a function lawyers and judges play on shows like these: They’re old pros who’ve seen it all, and so correct for the defendants’ tendencies to experience wild emotional swings. Those swings, on “Accused,” are watchable and a lot of fun, but they also mean the show sheds more heat than light.